Jonas Mekas, 'Godfather' of the avant-garde, dies at 96

Born in Lithuania and held in a German labor camp, Mekas emigrated to the US, where he became a highly influential artist. He counted Jackie Kennedy and John Lennon among his friends and collaborators. 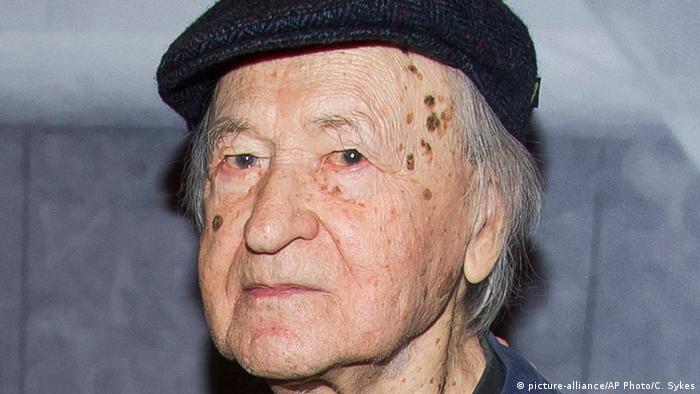 Jonas Mekas, the Lithuanian-born poet and filmmaker known as the "the godfather of American avant-garde cinema" died at his home in New York City on Wednesday at the age of 96

"There isn't one word, or even a dozen, to characterize the breadth of Jonas Mekas's achievement," renowned film critic J. Hoberman once wrote of the auteur.

Director Jim Jarmusch has called Mekas "one of the most inspiring artists I have ever encountered — the poets' version of the Kung Fu master."

Held in a German labor camp

Born Semeniškiai in northern Lithuania in 1922, Mekas and his brother Adolf fled their war-ravaged homeland in 1944. Their train was stopped in Germany, and the brothers were imprisoned in the Elmshorn labor camp outside of Hamburg for eight months.

After the war, Mekas studied at the University of Mainz in western Germany until he emigrated to the US in 1949.

Mekas quickly made his name writing about films for The Village Voice newspaper and founded the Film-Makers' Cooperative. He worked with Allen Ginsberg, Andy Warhol, Salvador Dali and John Lennon. He was also close with Jackie Kennedy, who allowed him to film rare private footage of her family.

He made over 60 films, and could count Martin Scorsese and John Waters among his admirers. He was also an accomplished Lithuanian-language poet.

One of his most renowned works was "The Brig," a film about life in a military prison, which won the Grand Prize at the Venice Film Festival in 1963. He was also well-known for his dreamy, surreal documentaries about the artists he worked with in New York, including the film "Walden," which features John Lennon, Yoko Ono, Timothy Leary and Norman Mailer.

Mekas frequently worked with his brother Adolf, who died in 2011.

Musician Oliver Mtukudzi's distinctive style won him fans at home and around the world. Besides putting out dozens of albums during his a career spanning decades, Mtukudzi was also known as an advocate for human rights. (23.01.2019)

Known as one of the giants of Italian cinema, Bertolucci's films won numerous international film prizes over the years, with "The Last Emperor" picking up nine Oscars. (26.11.2018)

Largest David Lynch retrospective to date on show in Maastricht

The director's little-known work as an artist focuses on similarly eerie themes as his films do. The Dutch retrospective of Lynch's art, "Someone is in my house," takes visitors to the dark side of the American Dream. (30.11.2018)