Largest David Lynch retrospective to date on show in Maastricht

The director's little-known work as an artist focuses on similarly eerie themes as his films do. The Dutch retrospective of Lynch's art, "Someone is in my house," takes visitors to the dark side of the American Dream. 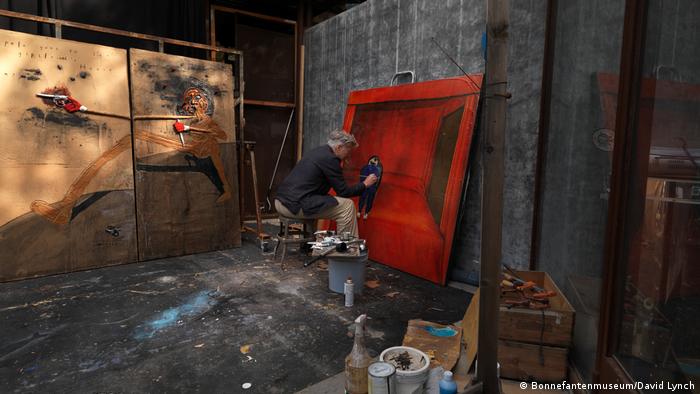 Most people associate the name David Lynch with bizarre movies that dive deeper into the subconscious than many might be comfortable with. Award-winning films like Wild at Heart and Blue Velvet or the cult TV series Twin Peaks have become synonymous with the director, epitomizing his unmistakably disturbing style exploring what lurks underneath the surface of American society.

Still David Lynch is not only a film director but also an accomplished artist, whose paintings, sketches, sculptures, photographs, video installations and mixed media works have been shown around the world.

The Bonnefantenmuseum in Maastricht now brings Lynch's work as an artist to The Netherlands for the first time. The works shown at the exhibition "David Lynch: Someone is in my house" span from Lynch's childhood in the 1950s to his most recent work from 2018.

It is the world's largest Lynch retrospective to date, points out museum director and curator Stijn Huijts, adding that the lesser-known aspect of the filmmaker's career has accompanied him throughout his life: "He has always been a painter. He started at an arts school in Philadelphia and ever since he has continued his practice as a visual artist. In fact, he has spent most of his life doing visual art, more so than doing films." 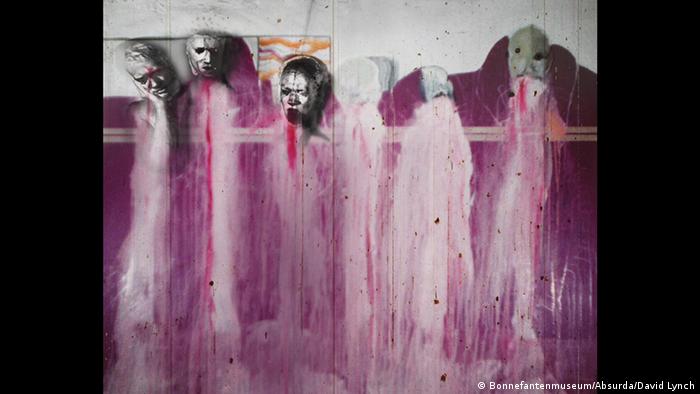 Bleeding heads, mutilated bodies and sexual violence: the Bonnefantenmuseum show is certainly not for the faint of heart

A walk on the dark side

Walking into the exhibition feels quite like entering one of Lynch's acclaimed screen works — despite Huijts' insistence on regarding Lynch primarily as a visual artist for the purpose of this show. An overall sense of darkness dominates not only the hundreds of Lynch's works on show, but also the special design of the 15 galleries of the exhibition.

"Being in darkness and confusion is interesting to me. But behind it you can rise out of that and see things the way they really are. That there is some sort of truth to the whole thing, if you could just get to that point where you could see it, and live it, and feel it," David Lynch once said of his work.

This darkness plays with the visitors' minds: You will constantly wonder whether you're brave or curious enough to allow the pieces of art to enter your consciousness as Lynch intends. It is clear that his art is meant to challenge its viewers to confront their inner demons, with recurrent themes like sexuality, destruction, violence and decay standing in stark contrast to Lynch's often childlike style and use of imagery. 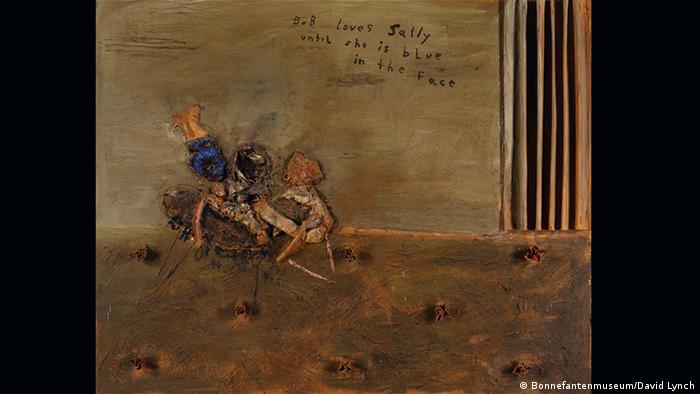 Some of Lynch's works feature phrases, which he says add additional layers to his art

'Someone is in my house'

The youthful imagery of his works often appears to trivialize or dismiss the weight of the terror it depicts. At the same time it feels like a public appeal to embrace all the ugly, painful and downright abysmal aspects of the human condition. The art seen at the exhibition is certainly not pretty by most standards, but it is beautiful in its capacity to reach out to a deep place within each visitor.

This profound journey through the third floor of the Bonnefantenmuseum is accompanied by peculiar sounds wherever you go — whether coming from sonic art installations or the soundtracks of short films shown at the exhibition. The overall experience is immersive on multiple levels and takes visitors exactly to the kinds of strange places that they will be familiar with from Lynch's movies.

While Lynch fans always have the comfort of knowing that they are merely viewers when they watch his movies, visiting the exhibition in Maastricht, they actually become protagonists in this Lynchian world. They will leave the exhibition realizing that they were the actual intruders referred to in the eerie title of the show, "Someone is in my house." 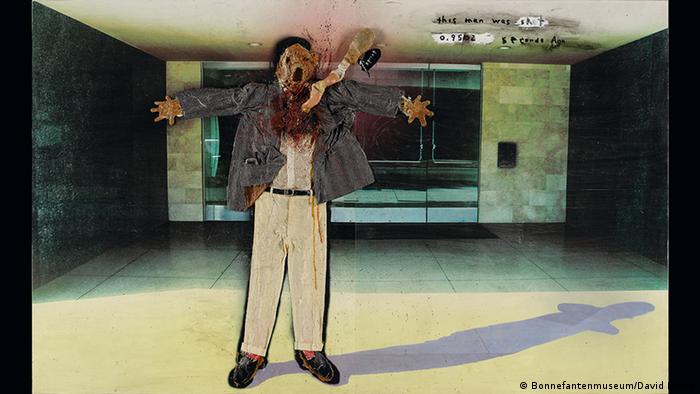 Though Lynch insists that he is apolitical, his works often reflect politically loaded topics, such as gun culture in the US

Indeed, one of the many recurrent themes or metaphors seen in Lynch's art is houses — another fact that the title of the exhibition picks up on. Both in his work as a director and as a visual artist, David Lynch enjoys shining light on things that happen behind closed doors in residences of all kinds. In fact, the kind of building he chooses often communicates something about the message of a particular scene in a movie or, in this case, the intention behind a work of art. 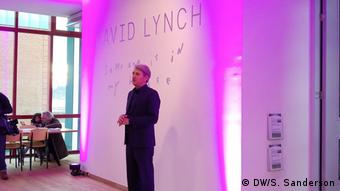 Often set in US suburbia, Lynch's imagery exalts and simultaneously demystifies Americana. The people depicted in his paintings, sketches and photographs look like fallen angels and failed heroes. They have names like Bob, Billy and George etched into the canvasses, adding further layers of humanity to Lynch's surreal tragedies. Short texts and phrases endow them with a story; one that typically makes the already twisted and deformed expressionistic characters appear even further removed from reality.

"The phrases give birth to a whole reality and world," Lynch says about these works. He remains a storyteller, even as a visual artist. 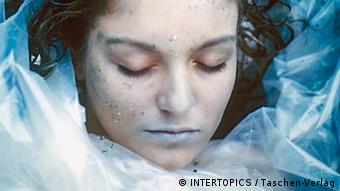 The installation right by the entrance of the museum perfectly encapsulates his work as both a director and a visual artist. David Lynch fans will recognize this dreamlike "Red Room" — also known as the "Waiting Room" — from his Twin Peaks television series: Towering red velvet curtains float just above the floor, where a black-and-white zigzag pattern dizzies visitors into a state of frenzy — if you stay there long enough.

In the background, a looped soundtrack from the TV series communicates distress and comfort at the same time. The music and the pattern on the floor complement each other, transporting the visitor to another realm, with these opposites creating a strange dream world.

Perhaps this room is a metaphor for the interwoven nature of all juxtaposed things in life, which is something that David Lynch tries to convey in all his works: black and white, day and night, good and evil, fear and love, yin and yang — and even film and art.

The English language catalog was published by Prestel Publishing.