Film director Lynch is famous for his eerie films like "Lost Highway" and "Blue Velvet." Few people know him as a painter and graphic artist. Now, a museum in Germany has devoted an entire exhibition to his artworks. 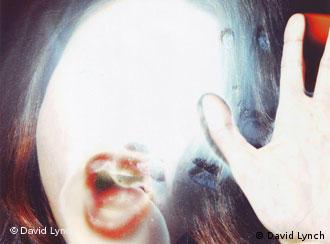 David Lynch's artworks in the "Dark Splendor" show at the Max Ernst Museum in Bruehl range from black-and-white photographs of snowmen to color pin-ups of women to intricate lithographs of nudes in compromising poses and tiny drawings of doorways on match-book covers - all of it underscored by spooky sounds.

In fact, it was painting that sparked his interest in film.

Deutsche Welle spoke with the artist about his work. 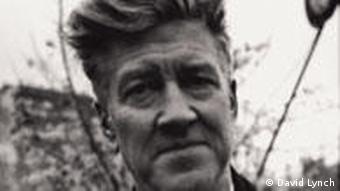 David Lynch: Max Ernst was in the Surrealist camp and I love Surrealism and love absurdities. But really, the real reason I'm here is that Werner Spies [the curator] wanted to give me an exhibition. I'm here because this museum exists and it's a great honor to have a show here.

What's your connection to German culture?

I'm an American and they say America is the melting pot of the world. I have German ancestry and have a connection that way. I also share something else with Germans - my love of building things. Germans can build so well [laughs].

There are all sorts of different elements in the show - photographs, paintings, installations, lithographs, sound designs. How are they connected - is there a theme running through all of them?

There's no theme. Ideas inspire a person to get up out of the chair and go do something. So I always say that ideas tell you what to do and if you fall in love with them, then you find yourself translating those ideas to a medium, one medium or another. It's a thrilling thing for us human beings to catch ideas and then it leads to building something. There are different things, like watercolors, still photography, there's painting, there's sculpture and photographs and manipulations of photographs. There's just an infinite world of things that are possible, but the ideas drive the boat.

You originally started out painting and moved on to film. Why? 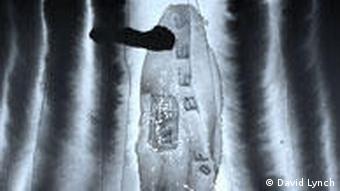 I was sitting in a room in Philadelphia in the Pennsylvania Academy of Fine Arts and I was working in my little cubicle and was painting a picture of a garden at night. The painting was mostly black, and little green plants were coming out of the black, and I was sitting back, maybe having a smoke, and looking at this and from the painting came a wind and the green began to move, so I said "oh, a moving painting."…

And that led to building something for the experimental sculpture and painting contest that was held at the end of every year. So I built a big sculptured screen and made a one minute stop-motion loop and I projected this in a big room…It cost me so much to make - $200 - and it took me a long time to build, so I said "that's it, it's too expensive and I'm through with this experiment." But a gentleman came out of the crowd and he asked me to make one for him and he gave me money, so it opened the door again and by the time I finished the thing for him, I had fallen in love with this new medium of cinema.

It would be putting it mildly to say that some people consider your work "dark." How do you describe it? 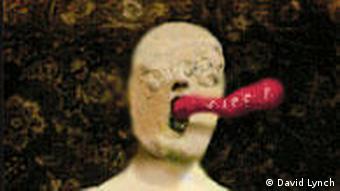 Untitled, from the "Distorted Nudes" series

I describe it as ideas that came to me that I fell in love with. I understand why people say it's dark, but to me, there are many things swimming around and from reactions through the years, people, you know, they love to go into these worlds, and if it was just darkness and just negativity, I don't think people would want to go in there. There's something else swimming there and I don't know exactly what it is, but it's kind of thrilling.

Would you say there's sense of mystery to it?

There are mysteries, and I love mysteries, but everybody does, and there's something that pulls. Cinema is tricky. It has to pull and pull and pull, all the time. It's good to show a film to an audience before you finish it to test it to see if it's working. Often, you have to make changes to keep that pull going. So you can have all these ideas, but at the very end, you have to feel it with an audience, and those days are kind of going away. When you see a film by yourself, in your house, it's a different thing. You're more forgiving to films and you don't have as much discipline anymore. 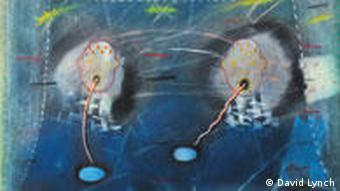 Innocence comes up in one form or another in your works, and you've spoken about the beauty of children in being open to so many things. Can you name a few experiences as a child that turned you into the artist you are today?

Who knows? My childhood was like a dream - it was so incredible. Every day was thrilling to experience. It was more or less a fascination with the world.

A half hour of additional footage of the 1927 film "Metropolis" by Fritz Lang has arrived in Germany for restoration. DW spoke with chief film restorer Anke Wilkening about the significance of the new scenes. (15.07.2009)

Listen to DW's report on the David Lynch exhibition