Nigeria is often depicted as being split between Muslims and Christians. But in Adamawa, where a state of emergency was declared to counter an Islamist insurgency, members of both faiths celebrate Christmas together. 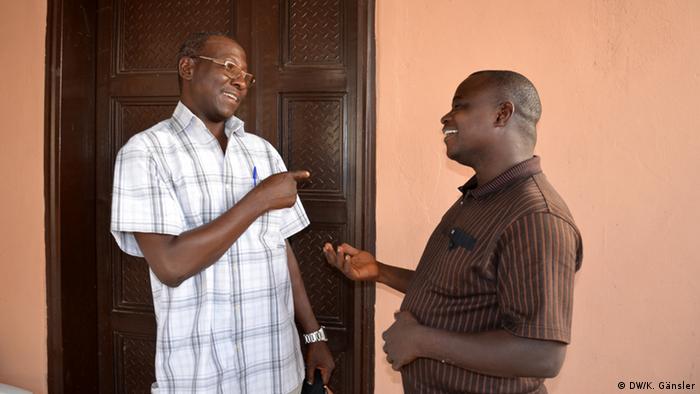 Phinear Padio hears the sound of the big iron gate opening. His neighbor Muhammad Sani drives into the yard they share. Padio is eager to greet him. The two meet frequently to discuss everyday life in northern Nigeria. They talk about their families and politics. But today Padio has a particular request.

"You really must celebrate Christmas with us. You are most cordially invited," Padio tells his neighbor. Sani nods. "The past two years, I wasn't in Yola over Christmas so we couldn't celebrate together. I'm glad it will work out this year," he said. 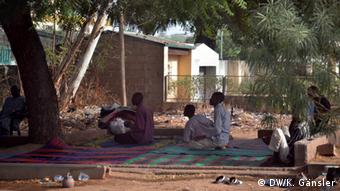 Adamawa is one of Nigeria's predominantly Muslim states

Yola is the capital of Adamawa state in north-eastern Nigeria. It is one of the three states in which a state of emergency was declared in May 2013. This is because the state is at the focus of terrorist activities by the militant Islamist sect Boko Haram. They attack villages and kill Christians or students of “western” schools.

Muhammad Sani and his entire family are Muslim. Nevertheless, he thinks it is important to join his Christian neighbors and friends when they celebrate Christmas. "We enjoy celebrating together," Sani said. "On Christmas Day, my neighbors always give me food - cookies, chicken and rice," he added with a chuckle. “During the Muslim festivals, we also do the same and invite the Christians," he explained.

The two neighbors are no exception in Nigeria. In many parts of the country, Christians and Muslims celebrate their most important religious festivals together. In states such as Adamawa, everyday life is not dominated by unending discussions about religion.

Some observers focus on the antagonism between the two faiths, probably because of the numerous attacks carried out by Boko Haram. Recent estimates by the United Nations say that more than 1,200 people have been killed in violence linked to Boko Haram since May 2013.

Christians and Muslims under one roof

"It's a pity that people in other countries get the impression that Christians are fighting Muslims. That's not true at all, "said Muhammad Sani. “Christians and Muslims live together peacefully. Even in a family, there may be different religions." 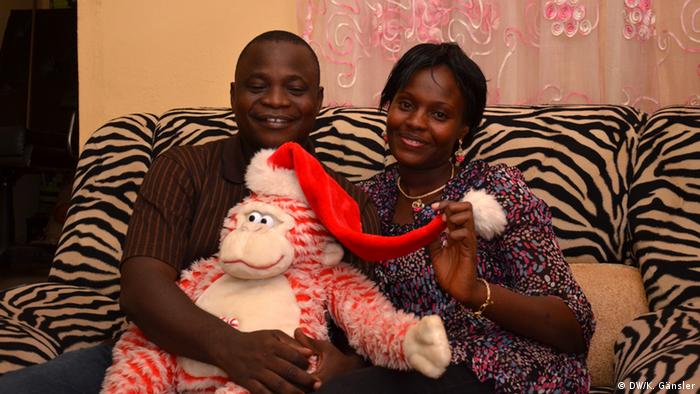 For Phinear Padio and his wife Alice, spending time with Muslim neighbors is part of Christmas

She grew up with an aunt who was a Muslim. "For us it was very normal and not a problem," she said putting up the Christmas decorations. She has already hung up a string of lights in addition to a small tapestry from Jerusalem, which her husband brought back from his last pilgrimage.

Her face beaming with delight, the 29 -year-old woman is clearly looking forward to Christmas. "They are all coming, my neighbors and my friends," she said referring to her Christmas guests. The fact that there will be more Muslims than Christians present is not something Alice finds unusual. "Here in Yola my best friends are Muslims. We talk, we eat together, we do everything together. There is no difference between us," she said.

Muhammad Sani stresses the significance of tolerance for peaceful coexistence between Muslims and Christians. "Here there is no space for radical ideas," he said. Radical elements would therefore find it difficult to recruit followers.

“The majority of residents in Adamawa belong to the Fulani ethnic group," Sani said. “There are an uncomplicated people and most of them practice Islam. But Adamawa is not like other states, there is no Sharia law,” he said.

This tolerance is the reason why many Christians, especially the Ibos from the east, have chosen to live in Adamawa. “We are very liberal," Sani said.

Guarded response to US move on Nigerian Islamist groups

Nigerians hope the designation of Islamist militant groups Boko Haram and Ansaru as terrorist organizations by the US will boost security. Others worry about the impact of US counter-terrorism on their daily lives. (14.11.2013)

Boko Haram's raids claim multiple innocent victims and spread fear and panic. The government says fighting the group is a priority and has mounted a display of military force. The impact has been largely temporary. (24.10.2013)

The rights group Amnesty International says hundreds of people are dying in military detention as Nigeria's security forces crack down on an Islamist uprising in the country's northeast. (15.10.2013)