Boko Haram's raids claim multiple innocent victims and spread fear and panic. The government says fighting the group is a priority and has mounted a display of military force. The impact has been largely temporary. 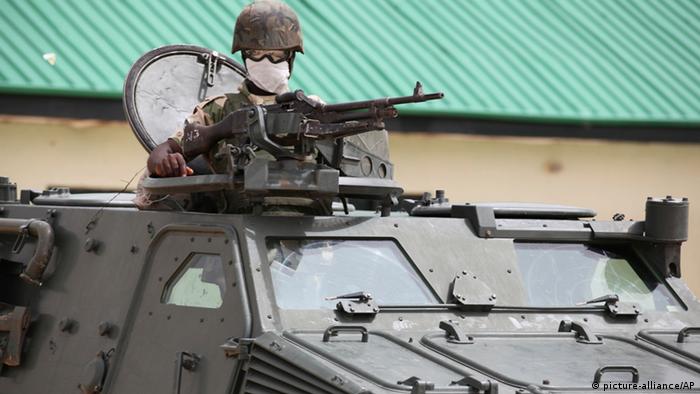 The Nigerian army claims progress in its fight against Boko Haram, but faces allegations of rights abuses

The images flickering across the computer screen are gruesome. The technical quality of the video may be poor and sometimes it is difficult to follow what is happening, but there is no doubt as to what is unfolding before our eyes. The 45 minute video shows the torture and subsequent murder of two policemen, who apparently fell into the hands of the terrorist organization Boko Haram. Seen standing around with their faces masked with scarves are the militants, who in the course of the video kill their victims.

It is not known where the video came from, when it was recorded, or how it entered the public domain.

It does, however, show quite clearly how the group, whose name translated into English means "Western education is sinful," is terrorizing the people of northern Nigeria. The terror persists even though the government has declared a state of emergency in the northeast of the country, backing it up with a heavy military presence. 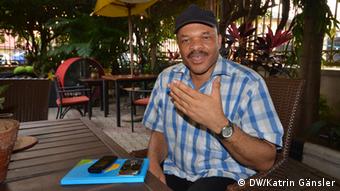 Nnamdi Obasi, a Nigeria analyst with the International Crisis Group, told DW the terrorists "may have been driven out of their camps and safe havens, but they certainly haven't been defeated." He believes that there is scant hope of peace returning in the short term, because the group has lost none of its ideological fervor.

Fighting the Islamist militants, who want to turn Nigeria into an Islamic state laid bare of Western influence, is the government's top priority since its declaration of the state of emergency. But the initial success of the military clampdown in the federal states of Borno, Yobe and Adamawa has more or less evaporated. Security is now somewhat better in the respective capitals of those states, but Boko Haram continue to strike regularly and their attacks still claim many lives. In just one incident last weekend (19/20 October 2013) the Islamists killed 20 people in a village in Borno state.

Nnamdi Obasi said one reason why the army is failing to defeat Boko Haram lies with the army itself. "They were trained largely in traditional warfare," he said. The military themselves also concede that they had never expected that terrorism would turn into such a threat. This would confirm criticism that the group, which has probably been in existence since 2001, was underestimated for far too long. 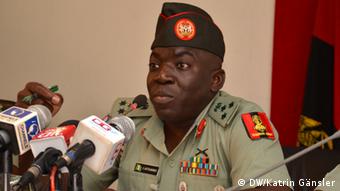 "I assume that they (Boko Haram) have far more members than is generally supposed," said Hildegard Behrendt-Kigozi, who heads a branch of a German think tank, the Konrad Adenauer Foundation, in Abuja. "I also think that they have plenty of support in mosques and other Islamic institutions," she told DW.

To Cameroon and back

Nigeria's armed forces would prefer to brush such criticism aside. In recent weeks, they have been releasing regular announcements of successful operations against the Islamists. Local media said on Wednesday (23.10.2013) the military killed 37 Islamists in a raid in Borno.

It is extraordinarily difficult to verify army information. The troops evidently need the reassurance of forward-looking headlines, because they have been under heavy pressure for some time over rights violations. Most recently the rights group Amnesty International criticized the Nigerian military for inhumane treatment of civilians in detention.

Army spokesman General Ibrahim Attahiru said Boko Haram's flexibility is one of the military's biggest problems. "The militant Islamists are very mobile, they can scuttle off to Cameroon and then come back again. One has to understand how these insurgents operate," he told DW. Numerous analysts have made similar observations in recent months, predicting that the declaration of the state of emergency wouldn't solve the problem, but just move it around. 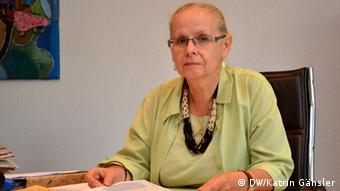 Cooperation with other armed forces

General Attahiru believes that at the very least there should be more effective communication with Nigeria's neighbors, Niger and Cameroon. "Cooperation with other countries' armed forces is important. We can't simply go and hunt down terrorists and mount military operations on the other side of our border," he said.

Islamist terror cannot be defeated by the military alone and Behrendt-Kigozi stresses the strength of Boko Haram's appeal. "Many people feel let down by the current crop of Nigerian politicians and business leaders. Supporters of the militant Islamists really do believe life will improve if they come to power. There is the belief that adherents of a strict form of Islam will feel bound by the social obligations of their faith," she said.

This notwithstanding, the terrorists' anti-Christian propaganda and their assaults on churches have not persuaded large sections of the population to follow them into battle against the Christians. In northern Nigeria, Muslims make up more than 90 percent of the population in some areas. Many of them find the attacks on places of worship repugnant and seek to protect their Christian neighbors.

The rights group Amnesty International says hundreds of people are dying in military detention as Nigeria's security forces crack down on an Islamist uprising in the country's northeast. (15.10.2013)

Gunmen have stormed a college dormitory in Nigeria’s northeast, reportedly killing dozens of sleeping students and torching classrooms. Police officials believe the attack was carried out by Boko Haram militants. (29.09.2013)

Dozens of vigilantes have been killed in Nigeria as they attempted to arrest members of the Islamist group Boko Haram. The vigilante group was reportedly ambushed by Boko Haram members in the country's northeast. (01.09.2013)