By learning pertinent lessons from the past and asking imaginative questions about the future, Joachim Löw ensures his teams are prepared for the present. It's with good reason that he's been given the time to do it. 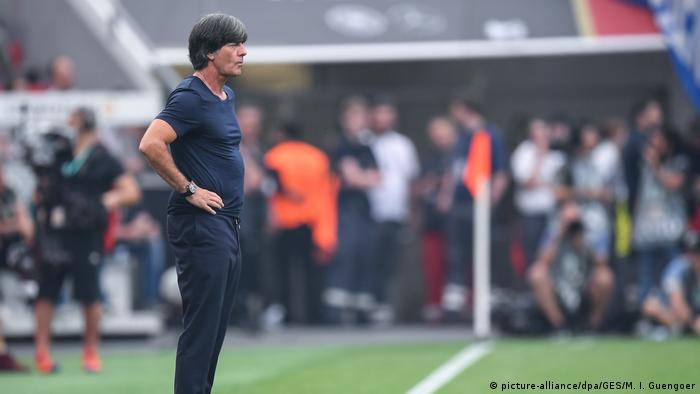 Joachim Löw and Vittorio Pozzo have a few things in common.

By the time of the 2018 World Cup final on July 15, Löw, the longest-serving current European coach, will have been in charge of Germany for 12 years and three days.

And the 58-year-old will be hoping that he will be on the touchline in the Luzhniki Stadium in Moscow with a chance to match Pozzo's achievement and defend the World Cup.

But the two men have something else in common — they were both footballing visionaries and innovators who planned for the long term. 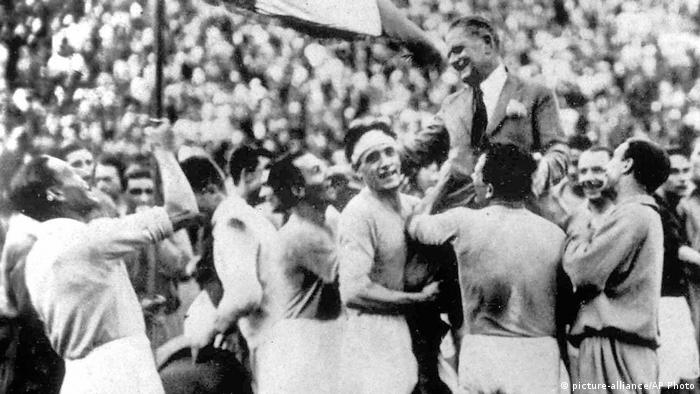 Vittorio Pozzo is hoisted aloft by his Italy players after winning the 1934 World Cup.

Pozzo, who courted controversy with a fascist salute at the 1938 World Cup, was a pioneer who first introduced pre-tournament training camps for the Azzurri, and a tactical innovator credited with the metodo system of using wingbacks.

And Löw has also made the most of the time afforded to him over the past decade, constantly planning, researching, thinking and innovating — mastering the art of international management.

"I do consider myself to be a visionary," he told German football publication kicker this week. "We can only remain competitive if we try to look beyond the horizon. Where is the future of football headed? What sort of football do we want to be playing in a few years' time? These questions are already anchored inside me."

In Russia, only Uruguay's Oscar Tabarez will have been in charge of a team for longer. And that longevity is what enables Löw and his staff to go into every tournament with confidence, even when Germany's results in warm-up games are underwhelming, as they have been prior to Russia 2018.

Germany haven't won back-to-back friendlies immediately prior to a major tournament since 2010 and Friday's unconvincing win over Saudi Arabia did little to make up for a series of five winless matches against France, England, Spain, Brazil and Austria.

"Those games don't worry me," Löw insisted. "Warm-up games aren't necessarily about the result. I'm mainly looking at how we act and how we implement instructions. In fact, I take a lot of lessons from them." 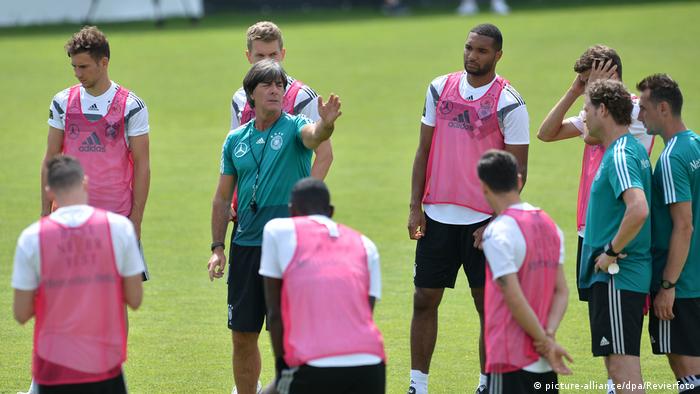 Joachim Löw isn't concerned by friendly results. The focus is on the longer term.

Having first joined the national team set-up as Jürgen Klinsmann's assistant in 2004, Löw already has seven major tournaments' worth of experience under his belt — and has never failed to reach the semifinal.

In 2012, for instance, with Borussia Dortmund and Bayern Munich embroiled in a bitter domestic struggle, Germany's European Championship campaign was plagued by in-fighting between the opposing yellow/black and red factions within the squad. Two years later, Löw emphasized the importance of the positive atmosphere and team spirit in the German camp in Brazil as his side won the tournament.

In 2016, Germany's problems were more tactical as the side suffered from the absence of a specialist striker, after Mario Gomez got injured, with Thomas Müller filling in as an auxiliary No. 9. Löw will be hoping that in Russia, Timo Werner will provide that missing link on his World Cup debut. 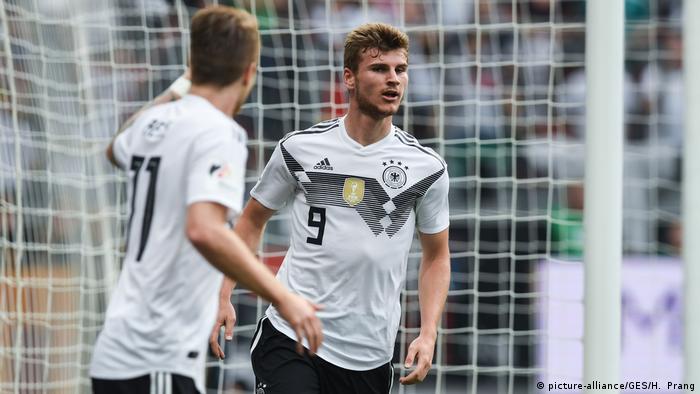 Striker Timo Werner could be Germany's missing link in Russia

Of course, other players have been there before and Löw still has complete confidence in his old guard.

"I always hoped and expected that our axis of [Manuel] Neuer, [Mats] Hummels, [Jerome] Boateng, [Toni] Kroos, [Sami] Khedira, Müller and [Mesut] Özil would still be around," he said. "They've proven over the past couple of years that they can still compete at the highest level."

Ironically, the luxury of time afforded to Löw as a national team coach has enabled him to engender a mentality which is normally only found at club level, where coaches are able to work with their players on a daily basis — and it's not gone unnoticed.

"It's what makes the Germans stand apart," England head coach Gareth Southgate told kicker. "They have the mentality of a big club side and go onto the pitch believing they are going to win. That's what we want to achieve with England."

Yet while the big occasion has affected England so negatively down the years, Germany have shown time and time again under Löw that they know precisely how to rise to it. England have appointed five permanent coaches since 2006 but, in Germany, Löw has earned the luxury of longevity.