Israeli police said the incident took place near a contested flashpoint shrine known to Jews as the Temple Mount and to Muslims as the Noble Sanctuary. 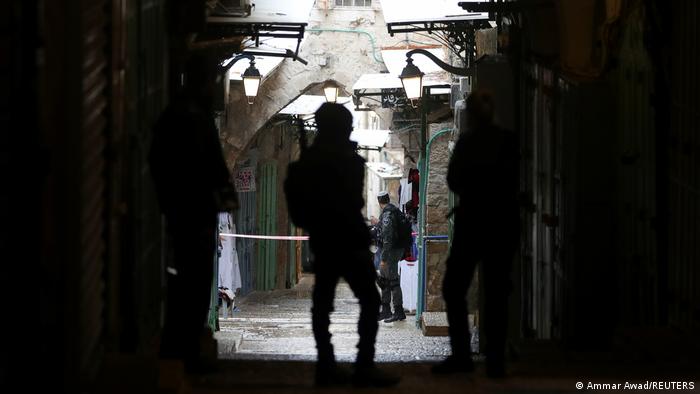 Israeli police said on Sunday that an assailant had opened fire in the Old City of Jerusalem, killing one person and wounding three others.

"A terrorist armed with a Carlo-type weapon (a submachine gun) carried out a shooting in the Old City," police said in a statement, adding that the attacker had been "neutralized," confirming they had been killed.

Among the injured were two civilians and two police officers. They were rushed to a hospital where one of them died, medical sources said without giving further details.

Police said the violence took place near an entrance to the Jewish Temple Mount and the Muslim Noble Sanctuary, a shrine that is sacred to both Jews and Muslims.

Violence surrounding the site has triggered periodic rounds of fighting between Israel and the Palestinians.

Hamas confirmed that the man identified by Israel as the shooter was one of its members and praised the attack, calling the incident a "heroic operation.'' But the group stopped short of claiming responsibility.

"Our people's resistance will continue to be legitimate by all means and tools against the Zionist occupier until our desired goals are achieved and the occupation is expelled from our holy sites and all of our lands,'' Hamas spokesman Abdel Latif al-Qanou said.