Martin Selmayr has been the shadowy figure beside EU Commission President Jean-Claude Juncker since 2014. His promotion to Commission secretary-general could cement his power in EU politics for years to come. 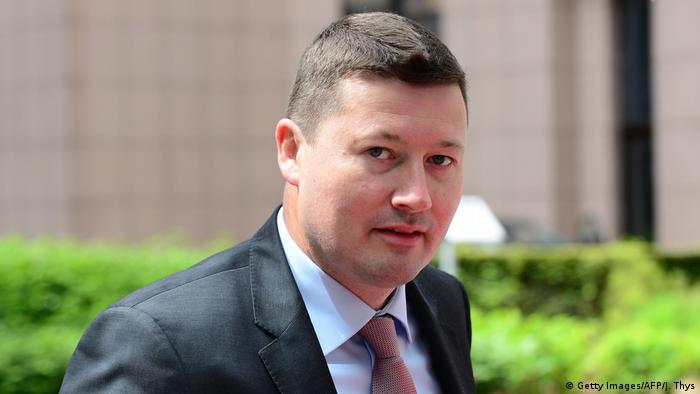 Martin Selmayr, European Commission President Jean-Claude Juncker's chief of staff, will be the Commission's next secretary-general, Juncker said on Wednesday.

Selmayr, an ardently pro-EU German, has been called the "the Rasputin of Brussels" for his behind-the-scenes influence in European Union politics.

Who is Martin Selmayr?

Why this matters: Juncker has said he will not seek reappointment as Commission president when his term ends in 2019. Selmayr's promotion out of Juncker's office and into the Commission's top civil service post could bolster his influence in EU politics for years to come.

Fears of German power: Selmayr's appointment could also renew fears among some EU countries that Germany is gaining too much influence in EU institutions. Germany is the largest and richest member state, and it is reportedly interested in appointing a German to the post of European Central Bank (ECB) chief. Günther Oettinger, the EU human resources commissioner, has, however, said Berlin has not always agreed with Selmayr.

What happens next: Selmayr is set to take over as secretary-general on March 1 with the retirement of Dutch incumbent Alexander Italianer. Spaniard Clara Martinez will replace Selmayr as Juncker's new chief of staff.