The jazz trade fair Jazzahead! has received Germany's most important award in the cultural market. Cultural manager and politician Oliver Scheytt has been specially honored for his life's work. 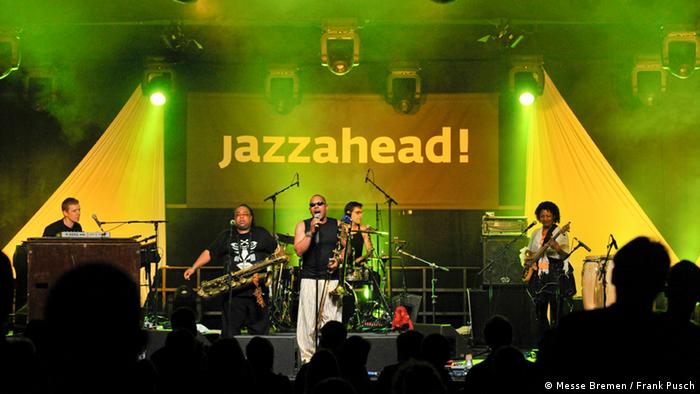 The 42-member jury said that the global singularity of the Bremen jazz fair and the festival that has developed out of it prompted their decision for honoring Jazzahead! with the Cultural Brand Award, which was revealed on Thursday night. The group was likewise nominated in 2018 as European Cultural Brand of the Year, but was defeated by the Dresden State Art Collections.

The special prize for his life's work went to Oliver Scheytt, the chairman of the jury until now and former president of the Kulturpolitische Gesellschaft (Culture Politics Society). The jury acknowledged his many years of commitment to pioneering cultural projects, including the successful submission of "Essen for the Ruhr Region," prompting it to be named European Capital of Culture for 2010. 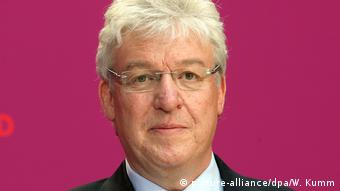 A total of 105 applications from Germany, France, the Netherlands, Croatia, Lithuania, Austria, the Czech Republic and Switzerland were received this year, 22 of which were nominated in eight categories. With some 650 guests from the spheres of culture, business and politics attending, the prizes were awarded on November 7, during the "Night of Cultural Brands" gala held at the UNESCO World Heritage site Zollverein in Essen.

Hedwig Fijen, director of the Manifesta Nomadic Biennial of Contemporary Art, was awarded the European Cultural Manager of the Year prize. The Stegreif orchestra from Berlin can now call itself a European Trend Brand, while the European Media Culture Prize went to the art magazine Monopol.

In the Urban Culture category, the jury honored the city of Krefeld for its "Perspektivwechsel" (change of perspective): by bringing together various urban milieus, marketers developed original and creative concepts to strengthen the citizens' ties with their city. Brandenburg was named "European Cultural Tourism Region" for the year 2019 for integrating sustainable economic, ecological and social elements in its development of cultural projects.

The Cultural Brand Awards have been presented since 2006, with the "Aurica" trophy embodying "the excellence, attractiveness and openness of the European cultural market," according to the Cultural-Brands.com website.

The awards are given to culture providers, projects, companies, cities, tourism agencies and associations in Europe that have distinguished themselves in the cultural landscape through innovative marketing ideas and professional management. DW is also represented, with Rolf Rische, head of the culture and lifestyle department and head of German TV programming, as a member of the jury.

Museums are a fountain of knowledge, but also a source of fascinating stories that help us understand the present. DW's Culture and Lifestyle head of department Rolf Rische comments on "Berlin's Treasure Trove." (19.06.2019)

Dirt-poor and forgotten by the government in faraway Rome, the town languished for a long time. That has changed. The European Capital of Culture enchants with ancient history and fresh ideas. (03.01.2019)