Dirt-poor and forgotten by the government in faraway Rome, the town languished for a long time. That has changed. The European Capital of Culture enchants with ancient history and fresh ideas. 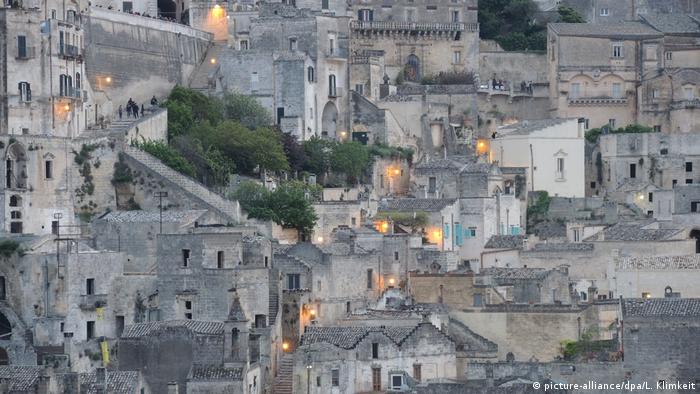 "I have never seen such a picture of misery," Carlo Levi once wrote about Matera.

The Italian doctor, painter and writer brought questionable fame to the southern Italian town in his 1945 account of his life in the region, Christ Stopped at Eboli.

Matera is east of Eboli.

Levi, a supporter of the opposition, was incarcerated in the Basilikata region by the Mussolini regime. In his famous book, Levi describes the sparse landscape where shepherds, their families and animals live in caves without running water and electricity, with scant health care, far from the rest of the world. Matera, too, lies in this region. Levi's book made it to school reading lists, and Matera was pronounced "Italy's disgrace" — an image the city worked hard to get rid of.

In 1993, it was named a UNESCO World heritage site and this year, Matera is one of the two European Culture Capitals. Carlo Levi never lived to see the city's make-over. He died in 1975 and was buried in the town of Aliano in Matera province, according to his own wishes.

Matera is one of the oldest cities in Europe; it looks back at 8,000 years of history. Farmers and shepherds first lived in cave dwellings called "sassi," which means stones. Matera eventually grew into a conglomeration of houses, churches and monasteries hewn into the stone. People were finally relocated to new neighborhoods after World War II, and the cave dwellings fell into decay — until the tourism industry discovered them. 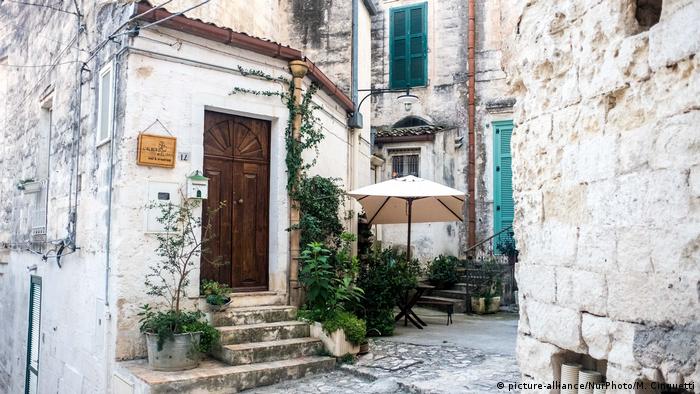 One of the many quaint hidden corners in Matera

Meanwhile, many an ancient "sassi" has been turned into a luxury hotel, luring visitors from all over the world.  The number of tourists has tripled since 2011, according to Paolo Verri, head of the Matera 2019 foundation.

The onslaught surprised and distressed the small town that desperately wants to avoid mass tourism. "So we devised a strategy that might help other small towns suffering from mass tourism, too," Verri told DW. "We don't see our visitors as tourists but as 'temporary residents', he said, adding that the town issues them passports, which automatically makes tourists a part of the town. "We wanted to encourage a dialogue between the people who live here and the people who just visit; we can't just leave the town to the people who offer rooms on AirBnB because then, it might lose its identity," he said.

Instead of banning the well-known platform and its customers, Paolo Verri and his team decided to integrate the 500 AirBnB suppliers into his "temporary resident" project, which invites the tourists to check out other parts of town, too. Verri and his team devised five tours, which also gives visitors the option to see what Matera was like in the 1930s. "We wanted to create new possibilities," he said.

Unlike Venice, Matera opted against charging an entrance fee for day trippers. Cities should not be open only to rich people, Verri argued. "I also don't want Matera to turn into Disneyland." 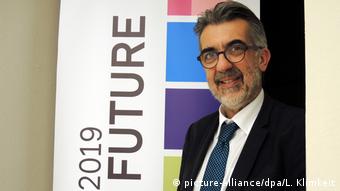 Paolo Verri doesn't want his town to become another Disneyland

The town seeks to find out how culture can help lead Europe to a better future. "Matera is small when you look at the number of inhabitants, but large in terms of size," Paolo Verri said, suggesting that Matera could be a model for small towns in southern Europe. "We opened a Open Design School, we now have plenty of ideas for city design, and we've started creating new attractions — you'll see that from the caves to the city center, the city is very well appointed," said Verri, adding that the goal is to get tourists interested in other parts of Italy apart from the beaches and the coastal regions.

Matera kicks off the culture year celebrations with a traditional lighting ceremony on January 18, followed by eight exhibition openings. The next day, 2019 musicians from all over the world are expected to parade through the town's streets.

With Brexit in March and elections for the European Parliament in May, "2019 is an important year for the European Union," Verri said. "We want to contribute to Europe's future, and we want to do so with culture." After Florence (1986), Bologna (2000) and Genoa (2004), Matera is the fourth Culture Capital of Europe to be located in Italy.

Plovdiv: European Capital of Culture struggles to come of age

One of the oldest cities in the world, the Bulgarian city of Plovdiv is a place of inspiration for artists and creatives and was anointed European Capital of Culture 2019. But will the honor prove a missed opportunity? (02.01.2019)

The southern Italian city, like Plovdiv in Bulgaria, is the European Capital of Culture in 2019. Matera has been a UNESCO World Heritage site since 1993 due to its prehistoric cave dwellings. A visit in pictures. (14.01.2019)