A major fire has broken out at a 500-year-old castle on Japan's southern island of Okinawa. Authorities say much of the World Heritage-listed Shuri Castle has now been reduced to a charred skeleton. 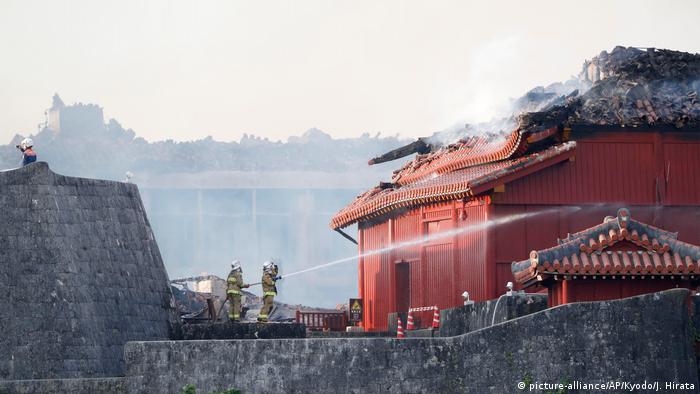 Firefighters were battling early Thursday to put out a blaze that tore through Japan's Shuri Castle.

A police spokesman said the fire had destroyed much of the historic complex, including the castle's main temple and its north and south halls.

Located in the city of Naha on the southern island of Okinawa, Shuri is a popular tourist destination and a symbolically important site for the region.

"I feel as if we have lost our symbol," said Naha Mayor Mikiko Shiroma. "I'm shocked."

Shuri was first built more than 500 years ago as the royal castle of the Ryukyu Kingdom, which ruled the island from 1429 until 1879 when it was annexed by Japan. 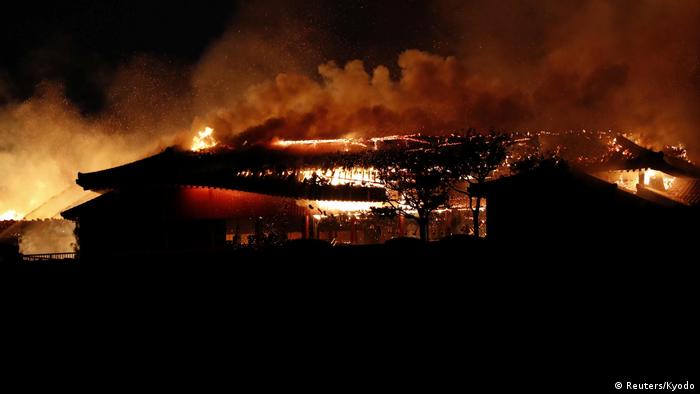 Authorities are investigating what caused the fire

Nearby residents were evacuated shortly after the fire broke out at around 2:40 a.m. local time (1740 UTC Wednesday). There were no immediate reports of injuries. Authorities said it was not clear what caused the blaze.

The wooden castle, with its distinctive red walls and sloped tiled roof, has been destroyed and rebuilt a number of times throughout its history. 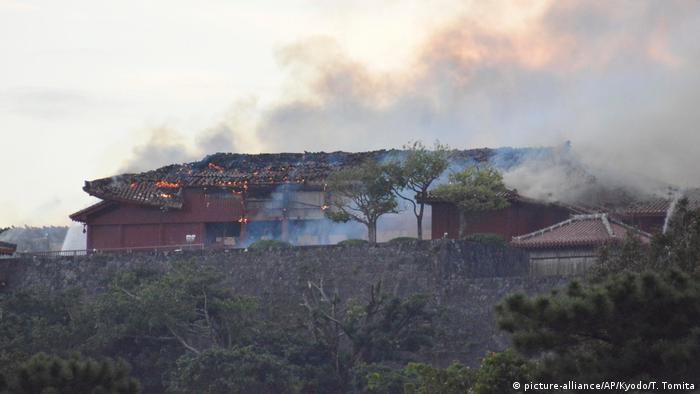 The complex burned down after it was bombed by US forces during the Battle of Okinawa in 1945. About 200,000 people, most of them civilians, lost their lives in the offensive. Shuri has since become a symbol of the island's resilience and recovery after the Second World War.

The castle later served as a campus for Okinawa's largest public university. It underwent restoration in 1992 and was declared a UNESCO World Heritage Site in 2000.

Demonstrators endured pouring rain ahead of an advancing typhoon to express their opposition to the US Marine base. Tokyo plans to begin pouring landfill for the new site in the coming days but opponents vow to block it. (11.08.2018)

Despite the existing military base on Okinawa island being scorned by many locals, a majority of voters said "no" to plans to move the facility. A plan to build a new base 50 kilometers away has stalled for many years. (24.02.2019)