Japan's upper parliament has approved a contentious law that removes post-World War II curbs on troops fighting overseas. The issue has sparked protests from pacifists who question the need to join global conflicts. 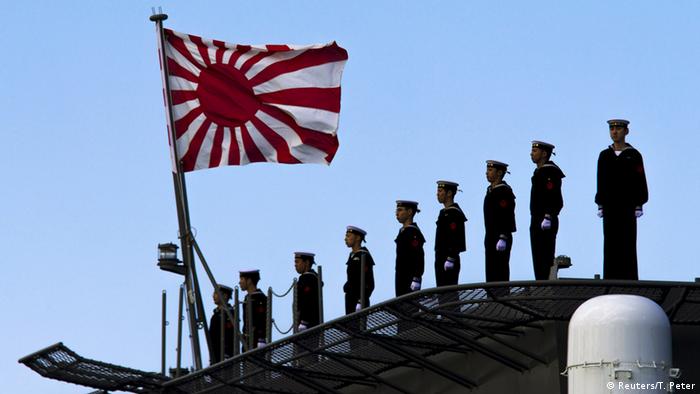 The bill "is necessary to protect the people's lives and peaceful way of living and is for the purpose of preventing wars," Reuters news agency quoted Abe as saying at a press conference following the vote.

The approval flies in the face of deep criticism by many Japanese, who fear their country will now play a greater role in international conflicts.

Under the new law, Japan's so-called Self-Defense Forces can now be deployed to help protect allies such as the United States, even if there is no direct threat to the country.

After the Second World War, Japan's constitution was rewritten to restrict the military to defending itself and the country. But under the new law, the armed forces can come to the aid of allies under a concept known as collective self-defense.

Previous governments have ruled any international combative deployments as unconstitutional, although Japanese forces have regularly engaged in peace-keeping missions, including in Iraq.

The changes would allow Japan to intercept a missile flying over Japan and headed for a different country, instead of one fired at Japan. Similarly, if a foreign warship were attacked, Japanese forces could now theoretically come to its defense.

But deployments can only occur if a situation was deemed an "imminent critical threat" to Japan. 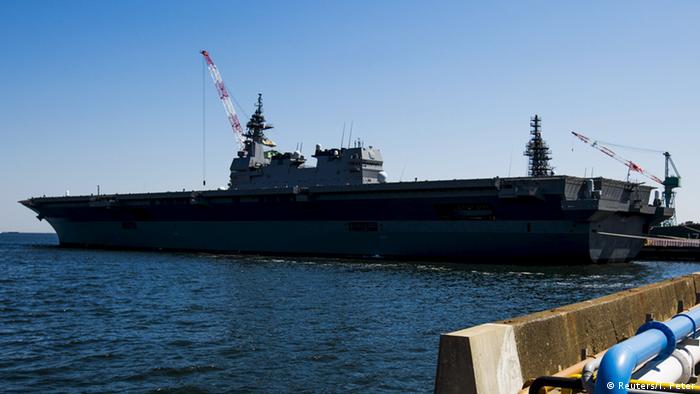 Earlier this year, Japan took delivery of its biggest warship since World War II, the Izumo

Opponents of the new legislation say it is too vague and gives future governments too much leeway to interpret them as they see fit.

Many Japanese are concerned that after seven decades of peace and prosperity, any change to the pacifist policy would see the country become embroiled in international conflicts. Mass protests have been held in recent months to oppose the new law.

But the government says a more active military will help preserve the peace, as threats increase from North Korea and China's growing status as a world power.

On Thursday, a fight broke out in parliament after an upper-house committee voted to adopt the new legislation.

In scenes unusually raucous for Japanese politics, opposition lawmakers had packed the corridors of the upper house to protest the bill, surrounding the chairman of the security legislation committee in a bid to physically prevent a vote overnight.

Japan's new security position has been welcomed by Washington as it seeks to counter Chinese challenges to US hegemony in the Pacific.

The US remains treaty-bound to defend Japan in the likelihood of an attack, while concerns are mounting that Washington may not have the resources or political will to do so in the future.