Experts say that the election of an anti-US base governor in Okinawa, and the overwhelming opposition to US military bases in Japan's most southerly prefecture will impact Washington's realignment in the region. 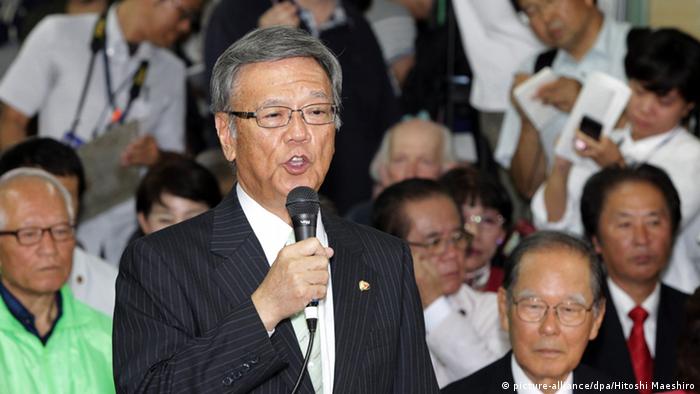 It did not take Takeshi Onaga very long after being elected governor of Okinawa Prefecture to make his intentions crystal clear. In his victory speech in Naha on November 16, the incoming governor of Japan's most southerly prefecture described the result as turning over "a new page in history."

Governor Onaga had just secured a landslide victory and declared that he would defy the national government in Tokyo and immediately order a halt to work that was approved by his predecessor, Hirokazu Nakaima, to start reclaiming land off the US Marine Corps' Camp Schwab, in the northeast of the island, for the construction of two new runways.

The prefecture's electorate had been incensed at the about-face performed by Nakaima, who had previously expressed opposition to the transfer of the functions of the US Marine Corps' vast Futenma Air Station to Camp Schwab, part of a broader realignment of US forces throughout the Asia-Pacific region.

Onaga believes that the functions of the base should be moved to mainland Japan or elsewhere outside Japan. 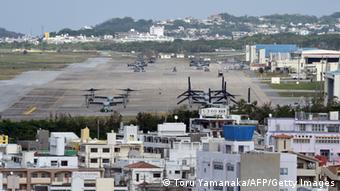 Resentment runs deep in the islands, which were the scene of some of the most vicious - and futile - fighting in the closing days of World War II, particularly as the Americans remained after the conflict was over. Today, while Okinawa makes up a mere 0.6 percent of the land area of Japan, it is host to 74 percent of all US military facilities in the country.

Local people also insist they are the victims of elevated crime rates as a result of the presence of US troops, with 564 crimes committed in the 10 years until April 2014 classified as heinous and including homicides, robbery, arson and rape.

"We knew that Onaga would win the election because of the sense of betrayal among local people," Yasukatsu Matsushima, a professor of economics at Kyoto's Ryukoku University, told DW.

"This decision has sent a very powerful message to Tokyo, to Washington and the rest of the world," said Matsushima, who is a strong advocate of Okinawan independence from Japan. "We are hoping that people around the world will take notice of this result and will express their support for our struggle."

Japan scrambled its Air Self-Defense Force jets a record number of times between April and June to deter Russian and Chinese aircraft approaching its airspace, amid rising tensions over territorial disputes. (11.07.2014)

The question now must be what happens next.

Onaga has already stated that he will open an office in Washington to enable prefecture officials to meet at short notice with representatives of the US administration and to lobby for Okinawans' rights.

The US, for its part, was quick to comment on the outcome of the vote but emphasized that it remains committed to the agreement with Tokyo - which has been in place since 1996 - to shift to Camp Schwab.

"Regardless of the outcome, we are committed to working with the government of Japan to follow through on our alliance agreements and to fulfill our treaty commitments to the defense of Japan," a spokesman for the State Department said at a news conference the day after the election.

The Japanese government, which would have anticipated the result, also stated that it would push ahead with the reclamation work and the scheduled transfer, although the election of Onaga would inevitably delay Washington's realignment of forces in the region.

The transfer to Camp Schwab is part of a wider realignment of US military assets in the Asia-Pacific region and includes the shift of several thousand Marines from Okinawa to the Pacific island of Guam, to South Korea and northern Australia.

Given the increasing aggression being demonstrated by Chinese military forces in the region, and the deeply unpredictable moves of the regime in North Korea, Washington announced that it would carry out a "Pacific pivot." 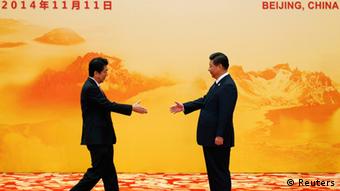 'Everyone realizes the threat posed by China in the region," says analyst Go Ito

That broad refocusing of US attention covers everything from diplomacy to trade and enhanced cultural ties to this region, but the most critical element of the shift away from a focus on the Atlantic is in the area of defense, with the US Navy moving from a 50-50 split between its Pacific and Atlantic forces at present to 60-40 by 2020, with the majority in the Pacific.

And while analysts agree that Washington will be disappointed at this latest delay to the Futenma saga, they are unlikely to lay too much blame directly at Tokyo's door.

"The result of the election is not a surprise and it does underline just how much opposition there is in Okinawa," Go Ito, a professor of international relations at Tokyo's Meiji University, told DW. "But I do see this as a protest vote as everyone realizes the threat that is posed today by China in the region. And that means they realize the importance of a US military presence and these bases," he added.

"I think that the vote will delay the transfer process and we will see more ups and downs over the coming years, but I believe that it will go ahead in the future," he said. "Both national governments just have too much time and effort invested into the move and both recognize the importance of their bilateral defense and security arrangements."