Japan pledges billions in investments for foothold in Africa

Japanese Prime Minister Shinzo Abe has said his country is to invest $30 billion in Africa, with a focus on boosting infrastructure on the resource-rich continent. Tokyo competes with Beijing for influence in the region. 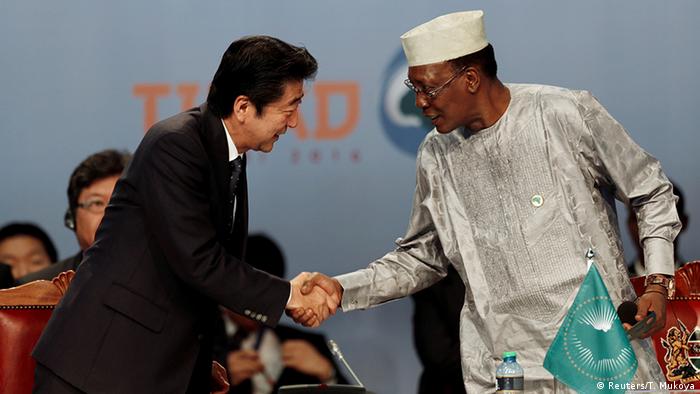 The funds would make Africa and Japan "grow together," Abe said on Saturday in Nairobi, addressing dozens of leaders from the continent.

Abe traveled to Kenya for the sixth Tokyo International Conference on African Development (TICAD), which has been held in Africa for the first time this year.

"When combined with investment from the private sector, I expect that the total will amount to $30 billion," Abe said.

"This is an investment that has faith in Africa's future," Abe said.

Japan has long attempted to improve its African ties and its access to the continent's vast natural resources. This need for energy grew after the Fukushima disaster prompted Tokyo to temporarily shut down all its nuclear reactors in 2011.

While Abe's government has been relatively successful in reaching out to African nations, its influence is dwarfed by Japan's rival China. In 2015, China's total trade with Africa reached about $179 billion, compared to Japan's $24 billion.

Tokyo had already pledged $32 billion to the continent at the previous TICAD summit three years ago. On Saturday, Abe said that 67 percent of those funds have already been put to use.

The new investments, announced on Saturday, would be divided out over a three-year time period, with some of the money going to improve labor productivity and health care.

"Today's new pledges will enhance and further expand upon those launched three years ago," Abe said. "The motive is quality and enhancement."