More than 70 years after the end of World War II, the government announces plans to locate and repatriate 1.13 million Japanese who died on battlefields across the Asia-Pacific region. Julian Ryall reports. 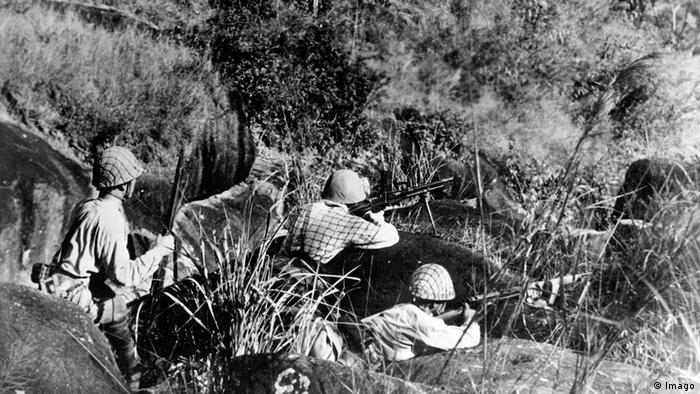 From the icy wastes of Siberia to the jungle-clad interior of the Solomon Islands, and from the deep waters of the Pacific Ocean to the border of India and modern-day Myanmar, more than 2.4 million Japanese who were killed during World War II remain unaccounted for.

They died in warships that were sunk, in frenzied, hopeless "banzai" charges into the mouths of their enemies' guns, of starvation or illness in the prison camps of the Soviet Union. Civilians are amongst the dead, particularly in the bitter hand-to-hand fighting that characterized the waning days of the conflict in the southern prefecture of Okinawa.

But now, more than 70 years after the most destructive conflict in human history, the Japanese government is pushing ahead with plans to locate and recover as many of the nation's dead as possible.

Legislation enacted in the current Diet session has set a target of bringing 1.13 million war dead back from overseas over the next nine years. And while that will be less than half of those who are listed as missing, it will still be a major achievement.

Under the plan, private organizations that are approved by the Ministry of Health, Labor and Welfare will study official documents preserved in public records offices overseas in order to identify likely last resting places of Japanese nationals.

The eternal burden of the Tokyo War Crimes Tribunal

70 years after the Tokyo War Crimes Tribunal was set up to prosecute Japan's war crimes, ties between East Asian nations continue to be strained. Japanese PM Shinzo Abe is now attempting to change this. (18.01.2016)

In some cases, such as in Siberia, these will be graveyards close to former prisoner-of-war (POW) camps. Elsewhere, they will be battlefields where a large number of Japanese are known to have been killed.

When the remains are identified, the government will create a database of DNA that can be cross-checked with surviving relatives. And when a match is found, the remains will be returned to family members.

Search for missing soldiers was a largely ad hoc effort in the years immediately after the war, with families and former servicemen returning to places where their loved-ones and comrades perished. As the veterans and families grew older, however, the task was taken on by the ministry, although the search has been criticized as being too bureaucratic and too slow.

To mark the 70th anniversary of the end of the war, the government announced a final 10-year campaign to recover the dead, after which the government will halt its efforts. Many remains, officials admit, can never be recovered, such as the crews of ships lost in the vastness of the Pacific or those of "kamikaze" aircraft who were simply atomized when their aircraft hit their targets.

"As many as 530,000 men were lost at sea during the war, so it will be virtually impossible to find those victims," said Usan Kurata, the chairman of Kuentai-USA, a non-profit organization that is based in Kyoto and works with local people at sites around the world to locate and recover victims of the war.

"To date, the recovery effort by the Japanese government and private groups has been overly-bureaucratic and slow, but we are hopeful that this new initiative will be significant, not least because this government has stated that recovering the remains of Japan's missing is its responsibility," Kurata told DW.

Kuentai-USA is one of the largest privately run recovery groups and has repatriated some 18,000 sets of remains, around 70 percent of all the victims that have been recovered in the last decade.

The organization has operated missions to the Philippines and the Pacific Islands of Guam and Saipan, where it will be returning in July to excavate a stretch of land close to a beach on the northwestern coast that was the site of the Japanese defenders' last "banzai" charge - a term used to refer to human wave attacks carried out by Japanese infantry units during the war - in 1945. Hundreds of men died, along with dozens of US troops. 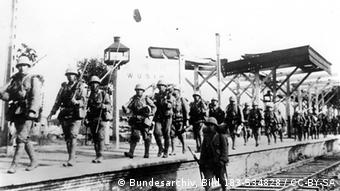 As well as the 70th anniversary of the end of the conflict, a state visit by the Japanese emperor and empress to the island of Peleliu, part of the nation of Palau and the site of one of the bloodiest battles in the Pacific War, reignited interest in bringing home Japan's war dead.

Some 16,000 Japanese died on Peleliu, along with some 2,000 US troops. The monarchs paid their respects at memorials erected in honor of the troops from both sides who died in the fighting for the islands, which lie nearly 2,000 miles south of Tokyo and were controlled by Japan between 1914 and 1945.

"There had been talks about joint recovery operations prior to the visit by the emperor and empress, but that trip did become something of a catalyst for more action," said Charles Mitchell, the deputy chief of mission at the embassy of Palau in Tokyo.

On Peleliu, many of the Japanese defenders refused to surrender and so were simply buried in the tunnels that they had turned into a warren of interconnected fighting positions. Many of those tunnels have not been reopened to this day.

"We expect to be able to provide local knowledge of exactly where these caves are and where other remains might be, but there will also be a strong commitment to safety when recovery work begins," Mitchell said. "We need to make sure that it is safe to enter these tunnels before we can start recovering remains."

In May last year, a ceremony was held at Chidorigafuchi National Cemetery, built in 1959 to serve as the last resting place for the remains of unidentified Japanese repatriated from battlefields overseas, to inter the latest sets of remains.

Attended by Prime Minister Shinzo Abe and Prince Akishino and his wife, Princess Kiko, the remains of 2,498 soldiers killed in Papua New Guinea, the Solomon Islands and Russia were solemnly interred.

Strong winds and heavy rain have caused floods and mudslides in several cities in Shizuoka prefecture, southwest of Tokyo. Japan is still reeling from the year's most severe typhoon less than a week ago.