Japan: Johnny Depp film ′Minamata′ brings industrial disaster to the fore | Asia | An in-depth look at news from across the continent | DW | 11.05.2021 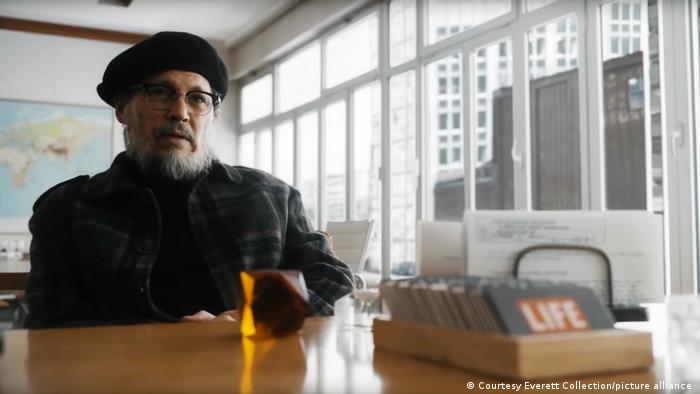 'Minamata' is set for a September release

Fifty years after American photographer W. Eugene Smith first arrived in the Japanese port town of Minamata, the fight for recognition and compensation still continues, for scores of people poisoned by mercury dumped into the bay by a local factory.

Aileen Mioko Smith, Eugene's Japanese-American wife and collaborator, hopes that the September screening of the film Minamata will once again shine a light on the case, which was one of the worst industrial pollution disasters in Japanese history.

It helps, she told DW, that her late husband, who died in 1978 at the age of 59, is played by Johnny Depp. Meanwhile, Aileen is played by French-Japanese actress Minami Hinase in the film, which was directed by Andrew Levitas and first screened at the Berlin Film Festival in 2020.

"The film has really taken up a lot of the last two-and-a-half years of my life, with meetings with the director and visits to Minamata," she said. "Now that the movie is about to be released, I hope that it reminds the world of what happened in Minamata and how the Japanese government is still failing to meet its commitments to the people of the town."

Smith added that she was impressed by Depp during the filming of the movie.

"I first met him in Tokyo about five months before they started filming and he came across as very gentle," she said. "And then I saw him on the set one day. He was wearing a beret, he had the glasses, the jacket and the beard and he really captured Gene. At one point, I found myself thinking, 'There's Gene over there, I should go and say hello.'"

Minamata disease was first identified in the city of Minamata, in the southern Kumamoto prefecture in 1956 and was traced to the release of methylmercury in the industrial wastewater of a chemical factory.

The release was discovered after many locals began reporting severe neurological symptoms, including numbness in the limbs, muscle weakness, loss of vision and damage to hearing and speech. In extreme cases, it can cause paralysis, insanity, coma or even death within just a matter of weeks.

The toxic chemicals, released by a factory owned by the Chisso Corporation, had built up in fish in the Shiranui Sea, which made up the staple diet of thousands of local people. Over the years, Chisso and the local Minamata government have been widely criticized for attempting to block investigations into the causes of the poisoning.

Aileen was educated in the US and met her future husband, Eugene Smith, in New York in 1970 when she helped organize an exhibit of his previous works, which included images captured on Pacific islands during World War II.

In September 1971, Eugene accepted a commission from Life magazine to travel to Japan and document the Minamata poisoning case, with Aileen acting as his interpreter.

"We had already seen photos of people with Minamata disease so we were prepared for what we found there, but what affected us just as much was the courageous fight that the victims were putting up against the company and the government," she said.

Poor fishing families have faced an "uphill battle every step of the way" against a huge corporation with deep pockets and the tacit support of the local and national governments, Smith told DW.

"Gene was always very committed to the projects that he took on," she said. "When he was 17, he wrote to his mother about how he wanted to 'photograph life as it is,' and that stayed with him."

The Smiths lived in Minamata for two years, crafting a long-form photo essay on the disease and its impact on the local community. The essay was published in 1975, and around a quarter of the images were taken by Aileen. Some of the most evocative images are of parents caring for their physically handicapped children. 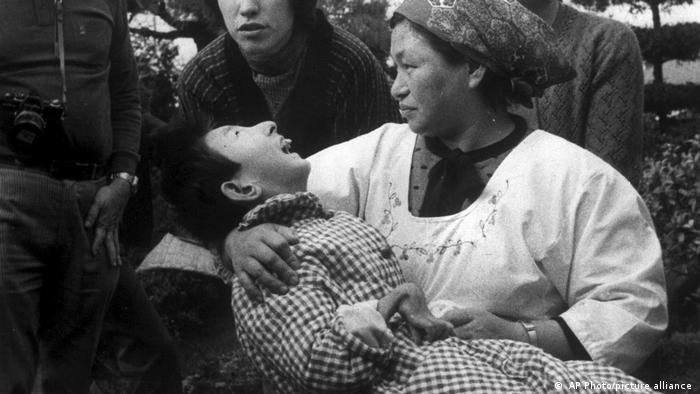 The project did not come without a cost, however.

Eugene was badly beaten by members of the Chisso union who were acting as bodyguards when activists attempted to speak with the leaders of the union to ask why they were protecting the company. After the beating, Smith sustained injuries that left him with limited vision in one eye.

Nearly half a century later, victims of the mercury poisoning are still trying to obtain full restitution from the national government, although 2,265 people, 1,784 of whom died, have been formally recognized as victims of the disease. In 2004, Chisso also paid compensation totalling $86 million (€70.7 million).

"There are 10 ongoing lawsuits against the prefectural government in Kumamoto and the national government," said Smith. "These are people who were toddlers 50 years ago when they were exposed to this pollution. They have gone through the lower courts and some of these cases are now before the Supreme Court, but I do not think we will have a final decision before the end of this year."

"The government has always refused to carry out a full epidemiological study of the impact of the poisoning, and that can only be because they do not want to know," Smith added. "So these are people who have lived with this their whole lives, and they are still fighting."

Now 70, Smith lives in Kyoto and remains active in campaigns. Most recently, much of her energies have been directed against Japan's nuclear energy program, particularly in the aftermath of the meltdown at the Fukushima nuclear plant in 2011.