Japan has unveiled a massive spending plan to improve infrastructure in Asia. The plans came as China launches a new infrastructure lender aimed at curbing the financial clout of Tokyo and Washington in the region. 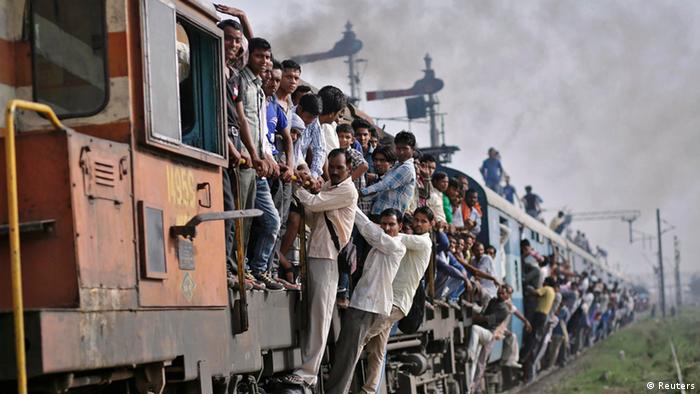 China said Friday it would hold the largest stake in a major new infrastructure investment bank that the United States and Japan view as a counterweight to Western-dominated institutions, as the new bank's prospective founding members convened in Singapore to figure out when the new lender would begin operations.

China's share in the $100-billion (89 billion-euro) institution, the Asian Infrastructure Investment Bank (AIIB), would be between 25 percent and 30 percent, the news agency Reuters quoted unidentified delegates at the meeting as saying. India reportedly offered to take a 10 to 15 percent share in the bank.

Following a three-day meeting in Singapore, the prospective founding members of the AIIB announced that the newly-founded lender would be operational at the end of this year.

"In the three-day meeting, the chief negotiators discussed the draft environmental and social framework and draft procurement policy framework, among other topics," the bank's interim multilateral secretariat said in a statement.

Asian countries would own between 72 to 75 percent of AIIB, while European and other nations would own the rest, the delegates, who spoke on condition of anonymity, told Reuters.

A total of 57 countries have so far joined AIIB, including countries as diverse as Germany, Britain, Iran and Laos. The United States and Japan have chosen to stay out of the regional infrastructure lender, considering AIIB as a rival to the US-dominated World Bank and Japan-led Asian Development Bank.

The conclusion of the meeting in Singapore came a day after Japan's Prime Minister Shinzo Abe announced a $110 billion investment plan for infrastructure projects in Asia in an apparent move to counter the launch of the AIIB. The sum is slightly higher than the expected $100 billion founding capital of the AIIB.

Abe's plan represents a 30 percent increase over Tokyo's past infrastructure funding in Asia, and wants to focus on Japan's "high quality" aid and expertise in reducing pollution while building roads and railways.

"We intend to actively make use of such funds in order to spread high-quality and innovative infrastructure throughout Asia, taking a long-term view," Shinzo Abe told Asian officials at a symposium in Tokyo on Thursday.

Under the plan, Japanese state-affiliated agencies are expected to provide half of the funding, with the rest of it to be raised by the Asian Development Bank (ADB).

Washington led a high-profile, and ultimately unsuccessful, attempt to dissuade allies from taking part in the project, which critics say will not demand the same transparency and good-governance standards imposed by other international lenders. 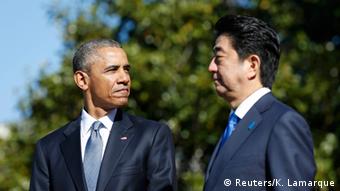 US President Obama and Japanese PM Abe were caught off guard when a total of 57 countries, including allies Germany, Britain, France, jumped on board of the AIIB bandwagon in March

Tokyo has been keeping its options open for now, with Japanese and Chinese finance officials scheduled to meet on June 6 to discuss the AIIB makeup.

Masahiko Shimayama, a lawmaker for Japan's governing Liberal Democratic Party (LDP), told Reuters that parliament was preparing a report about the pros and cons of joining AIIB.

"I think it's unlikely that the government would make a decision on when to join based on our report," Shimayama added.

Koichi Hagiuda, another LDP member and special aide to Abe, told the same news agency if AIIB was becoming a "proper financial institution," there was no reason to be "embarrassed about joining later."

According to ADB estimates, Asian countries need almost $8 trillion until 2020 to help build up essential infrastructure necessary to support the regions expanding manufacturing capacity and trade.

The head of the World Bank has welcomed the Chinese-led bank for investments in infrastructure as a way of fighting poverty. Germany formally joined the AIIB at the start of the month. (08.04.2015)

Washington looks increasingly isolated as another important ally joins the China-backed Asia Infrastructure Investment Bank (AIIB). Australia and Taiwan could be next, as a deadline for founding members approaches. (27.03.2015)