Organizers canceled all practice and qualifying sessions for the Formula One Grand Prix car race and several rugby World Cup matches as a typhoon approaches. Past tragedy won't let them take any chances. 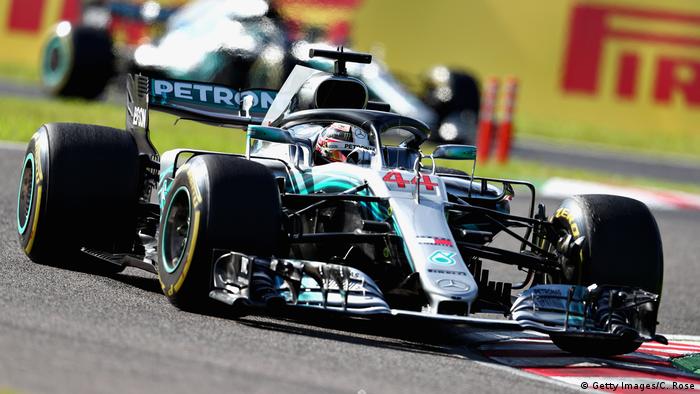 Organizers of Japan’s Formula One Grand Prix car race have canceled the full Saturday program as the nation prepares for Typhoon Hagibis to hit.

The final practice session will not be held and qualifying rounds scheduled for Saturday have been pushed back to Sunday. The race course, Suzuka circuit, will be closed on Saturday, with no public or media allowed in for safety reasons as the storm hits.

This means the final practice sessions for drivers will be held on Friday before the qualifying sessions begin on Sunday.

Typhoon Hagibis has been classified as equivalent in force to a Category Five hurricane. It is possible that the storm could affect Sunday's program as well. But organizers say postponing the race until Monday is impossible.

Past tragedy has led race organizers to be very safety-conscious around bad weather. French race car driver Jules Bianchi died due to injuries sustained at a crash at Suzuka in 2014, when rain and poor visibility caused him to lose control during a race.

The news follows the outright cancellation of two Rugby World Cup matches, Scotland versus Japan and Italy against New Zealand, that were also scheduled for Saturday in Japan.

Operators have also already canceled more than 1,000 flights scheduled for Saturday as well as many train services.

Heavy rains and winds in excess of 200 kilometers (125 miles) per hour are expected.

The typhoon arrives just a month after Typhoon Faxai swept through eastern Japan, killing one person and causing massive damage and power outages.

German police have stopped more than 100 sports cars found racing down the autobahn at speeds of up to 250 kilometers (155 miles) per hour. The drivers are suspected of taking part in an illegal race through Europe. (03.05.2019)

Race it! The Race of the Century

In one of the most anticipated Formula One races in recent years, Max Verstappen came out on top in Abu Dhabi to seal the world championship in the most dramatic fashion.

Typhoon that had been bearing down on Shanghai stops short of making landfall. There are reports that transport has been restored after at around 100,000 were evacuated.