The Fukushima disaster in 2011 swept away support for nuclear power and led to a rise in fossil fuels. Six years on, Japan is taking steps to restore its atomic energy capabilities. 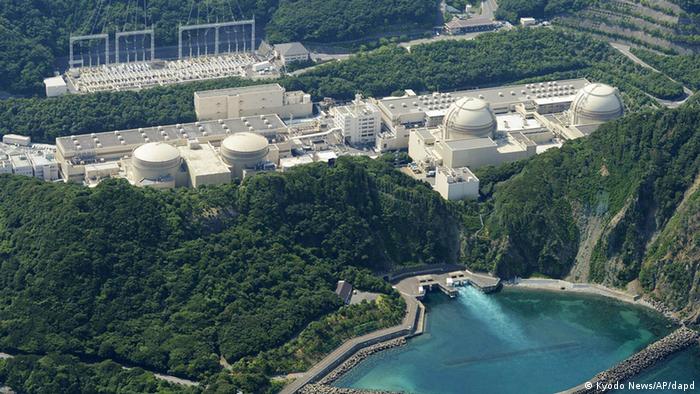 A local Japanese governor approved the restart of two nuclear reactors near Kyoto, officials said on Monday, clearing the final regulatory hurdle for the revival of the power plants early next year.

The decision comes in spite of long-running opposition to atomic activity in the country.

"I have agreed to the resumption of the reactors after considering all the various factors," Nishikawa said in a press briefing.

Public support for nuclear power dropped in the wake of the 2011 Fukushima disaster, after which Japan shut down all its nuclear operations.

The Ohi plant, located on the Sea of Japan coast, is about 60 kilometers north of Kyoto, the former Imperial capital of Japan. Its reactors three and four were taken offline in 2011, and briefly restarted in 2012, but have not been used in years.

For a while they were the only nuclear reactors operating in the country.

Japan shut down all of its atomic reactors in 2011 after a powerful earthquake triggered a tsunami that led to meltdowns at the Fukushima nuclear plant.

The quake and flooding knocked out power for the plant's cooling systems, sending three of the six reactors into partial meltdown.

It was the world's worst nuclear accident since Chernobyl in 1986. Last month a Fukushima court ruled the plant operator Tokyo Electric Power Company (TEPCO) and the Japanese government were liable for damages.

Public opposition has seen only a handful of reactors come back into usage since the tsunami, as legal cases work their way through the courts. Only five of Japan's 43 operational nuclear reactors are currently online.

Residents in the local prefectures of Kyoto and Shiga have repeatedly expressed opposition to the restart of the reactors.

"We're not in an environment that allows us to agree to the restarts of the reactors, in view of persistent concern among the residents of our prefecture,” Jiji Press reported Mikazuki as saying.

Japan's reluctance to use nuclear energy has hampered its efforts to switch away from fossil fuels.

"One consequence of the accident was a gradual shutdown of all nuclear power plants, which has led to a significant rise in fossil fuels use, increased fuel imports and rising carbon dioxide emissions," the IEA wrote.

Germany's anti-nuclear movement has a long and colorful history of direct action, civil disobedience - and victories against the nuclear industry. (30.06.2017)

Images from an underwater robot showed large deposits of what is thought to be melted nuclear fuel at the bottom of a damaged reactor at Japan's Fukushima nuclear plant. If confirmed, it would mark a major milestone. (23.07.2017)