Authorities issued fresh alerts in Hiroshima and Kyushu with more heavy rain forecast over the next few days. The downpour has already triggered a mudslide near Nagasaki. 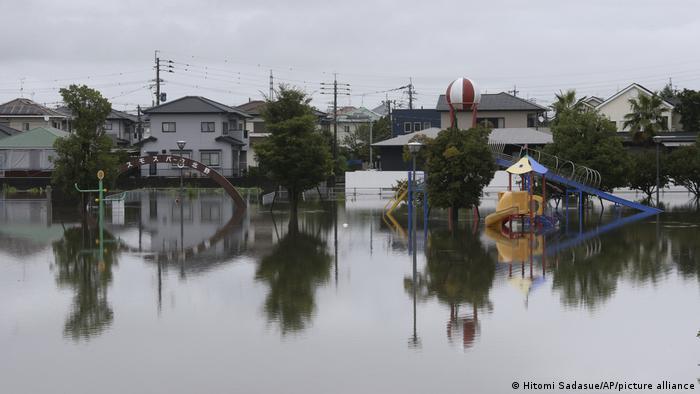 Nearly 1.5 million people have been asked to leave their homes as western Japan braces itself for more heavy rainfall, Japanese broadcaster NHK reported on Saturday.

"People should move to the safest place in the building where they are now. That could be a higher floor, or a room that's furthest from nearby hills or inclines," a report on its English-language website said.

Authorities in Hiroshima and Kyushu issued the highest level of evacuation alert, which is only advisory, after "unprecedented" levels of rain triggered landslides.

Mudslides hit the city of Unzen in Nagasaki early Friday that swallowed two houses with four residents and threatened to cause flooding and more landslides in the region.

The Fire and Disaster Management Agency said one person was presumed dead, while another was able to talk as rescue workers tried to free them. Two others remain missing.

"More than 150 troops, police and firefighters were dispatched to the site for rescue operations,"  local official Takumi Kumasaki told the AFP news agency.

"They are carefully searching for the missing residents, while watching out for further mudslides as the heavy rain continues," AFP quoted him as saying.

Meanwhile, NHK ran pictures of rescuers towing residents through submerged streets on a lifeboat in the town of Kurume in Fukuoka, while a muddy stream began to overflow in neighbouring Saga prefecture.

"There is a possibility that a grave disaster will occur" in the coming days, a Japan Meteorological Agency official on Friday.

The agency said downpours are forecast to continue for several days over a large swathe of the country.

"We have issued a special heavy rain warning (in the city of Hiroshima). This is a level of heavy rain that we have never experienced before," the JMA said in a statement. 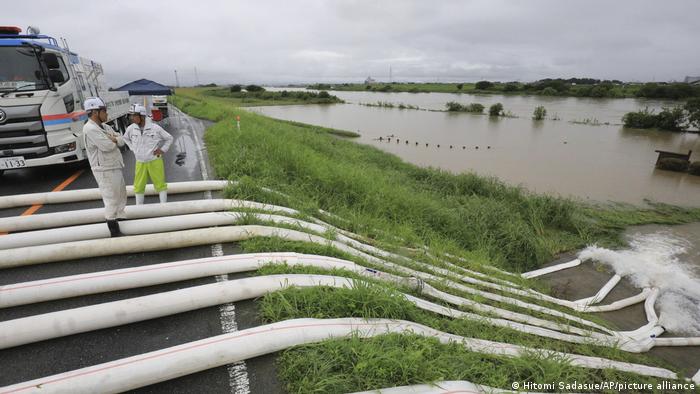 The land ministry warned that water levels are extremely high in three rivers — two of which run through the Hiroshima region, while one in southern Kumamoto.

Japan was hit by similar floods last year, that killed dozens of people and wreaked havoc across the southwest of the country.

The news of the devastation in Japan comes as officials in neighboring China report at least 21 casualties in its central Hubei province. Extreme rainfall has wreaked havoc and killed hundreds of people in the region.

More than 300 people were killed in central China last month after record downpours dumped a year's worth of rain on a city in three days.