German-Turkish journalist Deniz Yücel, jailed in Turkey, has been moved from solitary confinement, according to media reports. He was detained in February and accused of spreading terrorist propaganda. 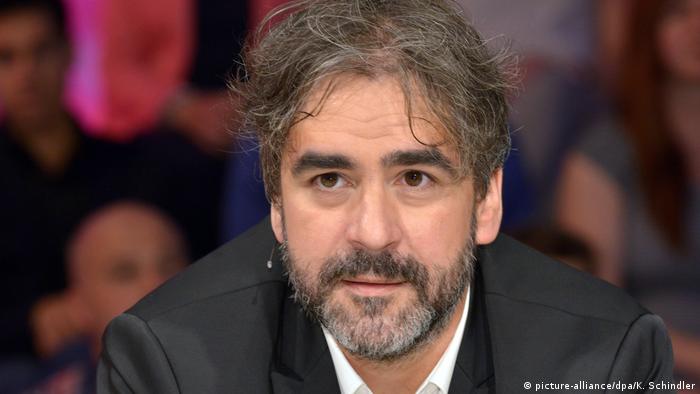 German-Turkish journalist Deniz Yücel, who has been detained at a prison outside Istanbul for nine months, is no longer in solitary confinement, a German newspaper has reported.

Yücel has been transferred from isolation to a single cell, which has access to a courtyard during the day and is connected to two other cells, Die Weltcited his lawyer as saying. Yücel is the Turkish correspondent for the newspaper.

One of the other cells houses journalist Oguz Usluer, who used to work for the Turkish daily Haberturk.

Despite more than 290 days in solitary confinement, Yücel has had no contact with the other inmates other than Usluer, the paper added.

German Justice Minister Heiko Maas told Die Welt that he was delighted at the news.

"Something is finally moving," he said, adding that the German government "will not lessen our efforts" to pressure Turkish authorities to allow Yücel to return home.

Yücel was arrested in Istanbul in February, accused of spreading "terrorism propaganda" and "inciting hatred," charges the journalist has denied.

He has been remanded in custody ever since but no formal charges have yet been brought.

'My husband loves his work': Yücel's wife speaks to DW

Turkish President Recep Tayyip Erdogan has repeatedly described the journalist as the German "spy" and "agent" of the Kurdistan Workers' Party (PKK), which in 2015 renewed its insurgency seeking to achieve Kurdish autonomy in southern Turkey.

Yücel has described his prolonged isolation at the maximum security Silivri prison as torture, and with the support of the German government has demanded a speedy and fair trial.

He appealed to Turkey's Constitutional Court to have his pre-trial detention overturned. But the case has yet to come to court, due to a backlog of legal cases following a failed coup against Erdogan's government in July 2016.

Yücel has meanwhile taken his appeal to the European Court of Human Rights (ECHR). Last week, the Turkish government told the Strasbourg-based court that it considers Yücel's pre-trail detention to be justified, and called for his appeal to be rejected.

The Ankara government said the measures taken against the journalist are "necessary and appropriate." The court is due to make its ruling soon.

Yücel's jailing — and those of other German nationals — have sent German-Turkish relations to new lows.

Tensions were already high after the Berlin government accused Erdogan of a power grab by seeking to change the Turkish constitution to give himself more powers.

Germany has also criticized Turkey's response to the failed coup, which saw tens of thousands of public and military officials, journalists and religious leaders rounded up. They were accused of having links to US-based cleric Fethullah Gulen, who Turkey says orchestrated the putsch attempt.

Turkey, meanwhile, has accused Germany of harboring military officials and diplomats who it says played a role in the attempted takeover.

German-Turkish journalist Deniz Yücel has been imprisoned in Turkey since February. Ankara has until November 28 to make a statement to the European Court of Human Rights. Yücel's lawyer explains what will happen next. (27.11.2017)

Deniz Yücel has now spent 200 days in a Turkish jail. The German-Turkish journalist is one of thousands arrested in the crackdown following the failed coup. This appeal was written by his wife. (01.09.2017)