It was the longest-running transfer saga of last summer and it ended with Jadon Sancho staying at Borussia Dortmund. Now, according to reports in Germany, Manchester United have officially renewed their interest. 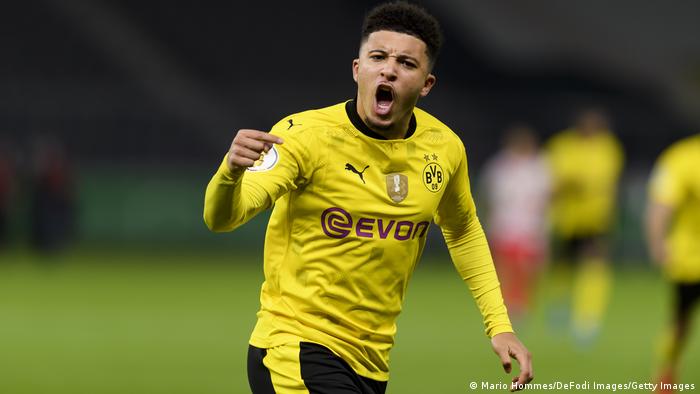 The 20-time record English champions made no secret of their desire to sign the winger last summer but were ultimately unwilling to meet the Bundesliga side's €120 million ($146m/£103m) asking price, and Sancho remained in Germany.

Now, according to reports in Germany, official talks between the two clubs have begun once again, with German broadcaster Sport1 reporting that Dortmund are prepared to sell Sancho for €90m ($110m/£77m).

The same outlet reported last week that personal terms have already largely been agreed between United and Sancho, as they were at this stage last year. Twelve months later however, those close to Sancho are now said to convinced that he will be leaving Dortmund.

Whether United are prepared to meet Dortmund's reduced asking price this time around remains to be seen, with English outlet The Athletic reporting that United are "prepared to commit £80 million."

But with Dortmund still reportedly wanting to negotiate up to £20m (€23m) in performance-related add-ons, and Sancho's own wage demands also high, the two parties still have work to do and no bid has yet been tabled.

The Athletic suggest United would like to complete the signing before the start of the European Championships on June 11, and that discussions so far have shown an "openness to compromise." Now, Sport1 also confirm that "all parties are optimistic and working on a good solution."

Sancho, now 21 and part of Gareth Southgate's England squad for Euro 2020, joined Dortmund in summer 2017 after being frustrated at a lack of opportunities at Manchester City. He has since scored 50 goals in 137 games for the Black and Yellows and was instrumental in this season's German Cup victory and Champions League qualification.

He is a popular member of the Dortmund squad and is well-liked by supporters, who appreciate his trickery and penetrative style of play. The fact that he agreed to extend his contract by another year last summer until 2023 is testament to how comfortable he has felt in the Ruhr region.

Sancho is the latest in a long line of young talents who have benefitted from top-level game time at Dortmund, in both the Bundesliga and Champions League. The likes of Pierre-Emerick Aubameyang, Ousmane Dembele and newly-crowned Champions League winner Christian Pulisic all made their mark at the Westfalenstadion, while Erling Haaland is also one of the most coveted names in world football.

Sancho's compatriot Jude Bellingham has also enjoyed a break-out season in Dortmund, impressing enough to earn his own call-up to the English national team.