Some hate him. But for others, he is a trendsetter, an Internet wizard and a role model. Jack Ma, the founder of China's e-commerce giant Alibaba, is never afraid of breaking the rules, but he makes sure he gets his way. 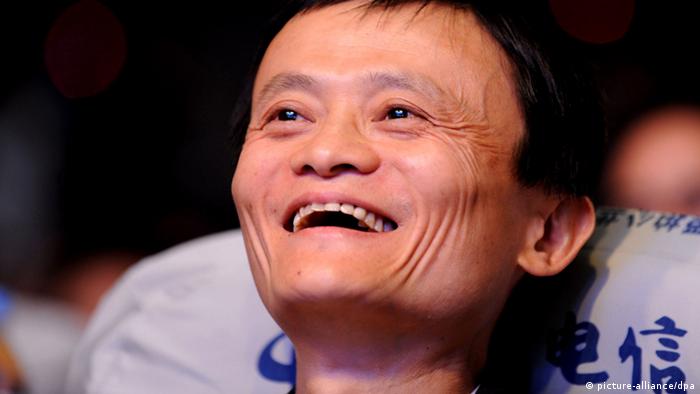 Fraudster, insane and paranoid: words often used by the Chinese media to describe 49-year-old Ma Yun, also known as Jack Ma. "I am not good at math, have never studied management, and still cannot read accounting reports," Ma recently said. But despite these "shortcomings," Ma has single-handedly transformed Alibaba from an apartment-based company to an e-commerce empire.

Nicknamed "fly with the wind," which refers to a mysterious and maverick character from popular Chinese literature, Ma does not hesitate to break the rules. He is viewed both as a "constructor" and a "disrupter" in his country.

Unlike Bill Gates or Steve Jobs, Ma does not have any background in computer sciences or information technology. In fact, the IT billionaire did not even hear the word "computer" in his childhood. He scored 1 out of 120 in a math exam, thus failing to secure a college admission. For these reasons, he calls himself an "outsider." 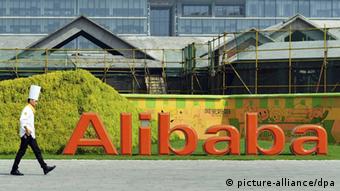 In the 1980s, after studying English in a college in his hometown Hangzhou, Ma became an English teacher. But three years later, he broke out of the mold - a brave and an unusual move at that time - to set up his first business: a translation agency.

In 1994, during a business trip as an interpreter to the United States, Ma discovered something totally new to him - the Internet. He was amazed as he watched how his friends connected to the world with only a personal computer. This event changed his life forever. After returning to China, he launched "China Page" - the first online telephone directory in the country. Following its tremendous success, Ma became known as China's "Mr. Internet."

Yet, Mr. Internet's task was not easy. In his efforts to bring the Internet to China, he had to work very hard to draw Beijing's attention. It was still the Internet "stone age" in China and computers were a luxury for most families. After a series of failures, Ma quit "China Page" to embark on a new venture, which he named Alibaba.

It was initially a "business-to-business" (B2B) transaction platform, but it has now become the largest homegrown comprehensive online retailer in China. Alibaba is planning a record initial public offering (IPO) on the New York Stock Exchange in the coming days. The company, a rival of Amazon.com and eBay, plans to offer more than 320 million shares at a price between 60 and 66 USD.

But it was a long and arduous task for Ma to make Alibaba such a huge success.

As Chinese e-commerce giant Alibaba prepares for what is likely to be the biggest IPO of a technology firm in the US on record, analyst Yan Anthea Zhang speaks to DW about the secrets behind the company's success. (09.09.2014)

Opinion: What western rivals can learn from Alibaba IPO

Ma managed to get the first big loan for the company from Masayoshi Son, the head of Japanese software giant SoftBank, which invests in the Chinese IT sector. "Donning a worn-out jacket, holding a piece of paper in his hand, he (Ma) came (to us)," Wu Ying, one of Alibaba's earliest investors, wrote on his website. Surprisingly, in only six minutes, Ma received a loan of USD 20 million. The money also helped him survive the aftermath of the dot-com bubble in 2001.

Ma's business received a blow in 2011 when Alibaba was allegedly found to be selling fake products. Criticism towards Ma started to soar. He tried to deal with the crisis by dismissing one of his two assistants.

Two years later, he said in a controversial interview that it was "a crucial decision" to fire the employees. "Just like Deng Xiaoping's decision on 6/4 (a reference to the Tiananmen Square crackdown on June 4, 1989) was not perfect; mine, too, was not, but the most correct one," he argued.

Many people reacted to his statement. Some suggested that Ma's "secret ties" with China's ruling Communist Party should be investigated.

In September 2012, Alibaba announced a 7.6 billion USD deal to buy back 50 percent of Yahoo's stake in Alibaba. The company had raised money by selling its shares to 16 institutions, including the China Investment Corporation (CIC), China's sovereignty fund, China Development Bank Capital (CBDC), Citic Capital, and Boyu Capital in August 2012.

According to a New York Times report published in July 2014, family members of the current and former top leaders of the Communist Party of China - including former President Jiang Zemin's grandson - were top officials in these corporations. The same report also claimed that New Horizon Capital - a private equity firm co-founded by Wen Yunsong, son of former Prime Minister Wen Jiabao - had increased its stake in Alibaba in the previous two years.

Such politically well-connected investors are likely to benefit when Alibaba goes to Wall Street, the report claimed.

Alibaba officially denied the claims. However, Luo Changping, a Chinese media manager, told DW that the company had been "on a dangerous path" and should better manage its relations with the government. 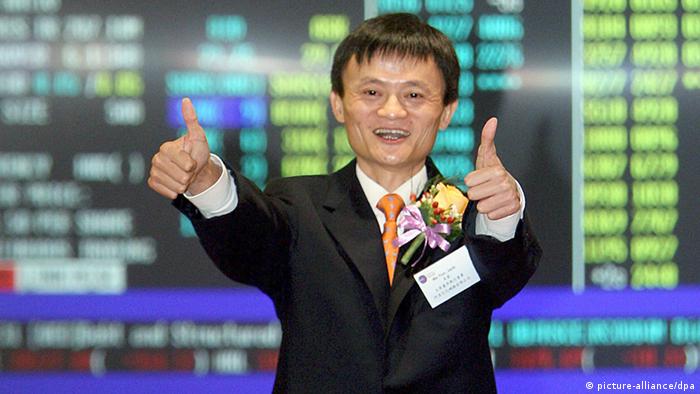 Ma is seen as a trendsetter by his supporters

Despite scandals and controversies, Ma is still seen as a trendsetter by his supporters. He has over 15 million followers on the Chinese social networking website, Weibo, which is also funded by Alibaba.

A book, "Ma-ism" describes his influence in China in these words: "A new religion has been established." Ma stepped down as Alibaba's Chief Executive Officer in May, 2013, but it ended neither his success nor the controversies surrounding him.

What is he going to do next? Ma has hinted that he would like to work on an online data service that he calls "DT" (data technology). "The world is moving to DT from IT," he recently said in speech at Tsinghua University.

Will Ma make it big with the DT project as well? We have yet to see.