Ivory Coast Prime Minister Hamed Bakayoko has died of cancer in a German hospital. He had a long media and political career in the West African nation. 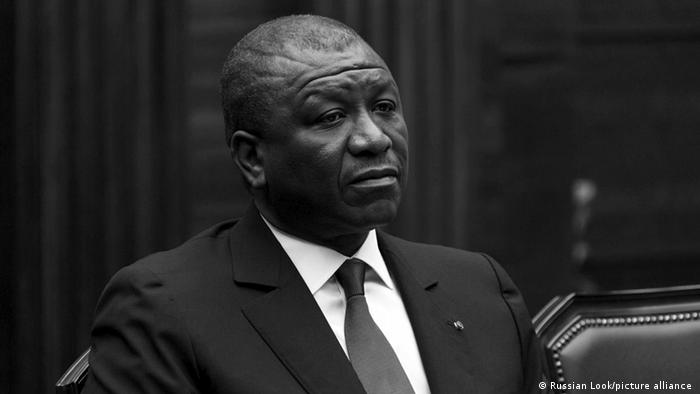 Ivory Coast Prime Minister Hamed Bakayoko died of cancer in Germany on Wednesday at the age of 56, the government announced. Bakayoko, a possible successor to current Ivorian President Alassane Ouattara, was receiving treatment at a hospital in Freiburg.

Bakayoko was recently transferred to Germany after traveling to Paris a month ago for medical care. Ouattara had met with Bakayoko in France last week, with the president describing him as a "great statesman."

"The prime minister served Ivory Coast with dedication and selflessness," Ouattara said in a statement expressing his condolences.

African Development Bank Group President Akinwumi A. Adesina said he was "very saddened" by Bakayoko's death in a tweet. "May his soul rest in peace," he said.

How did Bakayoko become prime minister?

Bakayoko became prime minister in July 2020 after the death of his predecessor Amadou Gou Coulibaly. He was handpicked for the role by Ouattara.

Bakayoko founded the Le Patriote newspaper in the early 1990's, and later led the Ivorian subsidiary of the French Radio Nostalgie station. His work in the media helped him cultivate ties with Ivorian political figures.

In 2003, he became minister of telecommunications and technologies and was appointed interior minister by Ouattara in 2011, following a brief civil war in the country.

Bakayoko was elected the mayor of the Abobo suburb in the country's largest city, Abidjan, in 2018.