A year after 366 refugees died in an accident at sea near the island of Lampedusa, emergency sea rescue is still being left to Italy. The EU needs to spread the responsibility, says Karl Kopp of ProAsyl. 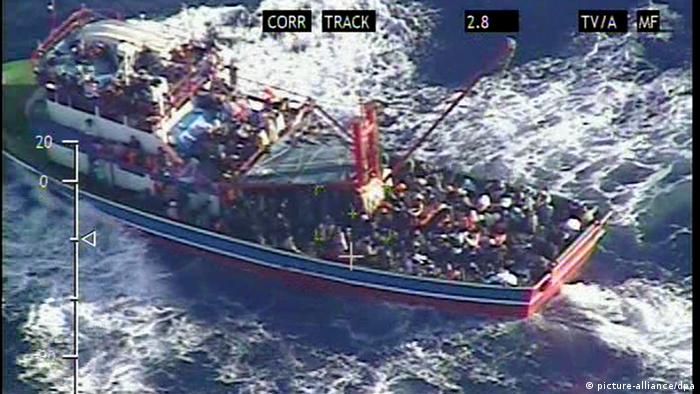 DW: Mr. Kopp, how do you think Europe should deal with refugee policy?

Karl Kopp: Over 3,000 people died this year because they couldn't find a safe route to Europe. They were refugees from Syria, from Eritrea, from Somalia. Now we want Europe to actively take in refugees from other countries, especially from Syria. And secondly we want Europe to finally install an emergency sea rescue service that will reduce or even end these mass deaths.

The European Commission agreed in April that its border control force Frontex would support the Italian emergency sea rescue mission Mare Nostrum. What do you think of new plans to replace Nostrum with Frontex Plus?

Whenever someone in Europe says "plus," it usually means a minus. And in this case it doesn't really mean anything. The European Union still doesn't have a strategy for how to replace the Italian navy's Mare Nostrum mission. Its tenure ends in the next few weeks and Europe is arriving with much smaller funds. The Commission says, "We don't have very much money." Mare Nostrum cost over 100 million euros ($126 million) a year. And we say, "You have to restructure the funding." 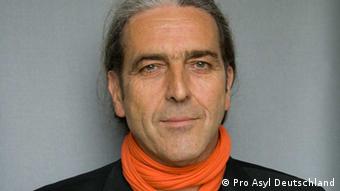 This is our appeal to the European Parliament: Put money in place for a civilian sea emergency service. Frontex is responsible for border control and defense. Frontex even says so itself: "We can't do that. We have no mandate to [deal with refugees]." That's why it doesn't make any sense to task an agency with something when less will come of it - fewer ships will be available for rescue operations, less money will be available, and consequently more people will die. The death figures are already horribly high. We have to take a serious step, and that can only be done with a common concerted approach by creating a European emergency sea rescue service with sufficient money and resources.

How can the EU support Italy in dealing with the refugees?

On two levels: First, we have to organize the emergency sea rescue, as Europeans, right up to Libyan waters. We have to rescue those people from the human traffickers. And secondly, we need a solidarity mechanism. Over 100,000 boat refugees have now arrived in Italy. It makes no sense to say that because they happened to land in Italy - alive - Italy is responsible for everything else - for assessing their asylum position and taking them in. We need a joint European policy on that, too; one that says the people, for instance Syrian refugees, who have relatives in Sweden, in Germany, in the Netherlands, will be registered and will legally be allowed to continue their journeys. We need a symbol like that now, and a policy like that needs to be implemented. 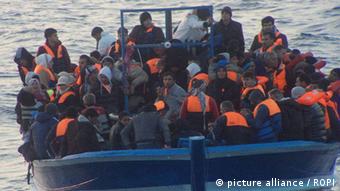 Over 100,000 boat refugees have now arrived in Italy

What's your verdict on the Mare Nostrum mission?

Mare Nostrum has rescued over 100,000 people. But in the last few months we have seen, for whatever reasons, that the rate of deaths is increasing significantly. In the last three months over 2,000 people have died in the central Mediterranean despite Mare Nostrum. Mare Nostrum was important, but it wasn't enough and we can't allow emergency sea rescue to be controlled by a single country. Mare Nostrum means "our sea." This is our European sea and the dead are our European dead, and we have to prevent there being more. We have to do what we would do for our own compatriots. If someone is in distress at sea, we rescue them. And that has to be organized at a European level.

A year ago more than 350 people died when an illegal refugee boat was wrecked before the Italian coast. What do you think is the most urgent thing the EU should do?

After Lampedusa a lot of people said the dying must end, it must never happen again. Now we know that the flow of refugees has increased in the face of crises around the world and more people are dying. We are appealing to the other players in Europe - to the EU Commission, to government leaders - to create some legal routes to Europe. The European Commission has made some proposals: more resettlement, more humanitarian admission programs to finally operate in concert in Europe. And now it's up to the European parliament, the Commission, but especially it's up to the individual countries.

Karl Kopp is Europe consultant for the German refugee organization ProAsyl and board member of the European Council on Refugees and Exiles.

Refugees continue to flood into Germany

366 refugees died off the island of Lampedusa a year ago. A new European refugee policy has not eased the plight of other migrants. Police regularly detain them on the southern German border. (03.10.2014)

The UN refugee agency has said that a record 165,000 people have tried to sail across the Mediterranean to Europe so far this year. Another refugee boat sank off Libya on Thursday as the EU urged members to do more. (02.10.2014)