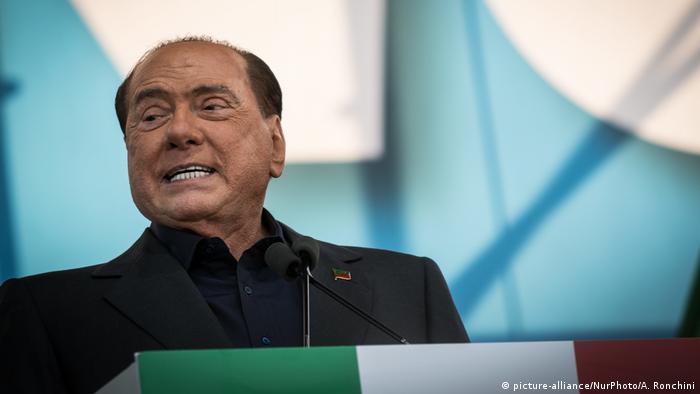 Silvio Berlusconi, Italy's former prime minister and ex-owner of AC Milan, was hospitalized on Friday and diagnosed with bilateral pneumonia after testing positive for the novel coronavirus.

His doctor Alberto Zangrillo told the press that the 83-year-old former premier is not in intensive care and that he "is breathing independently."

"I am optimistic about the days ahead," Zangrillo said, adding that the decision to admit him to the hospital was based on his medical history and age.

Earlier on Friday, Berlusconi's Italia Forza party said he was hospitalized "as a precautionary measure," saying that it was "not a cause for concern."

Italian media reports suggested that he was likely infected while vacationing in Sardinia's Emerald Coast. His partner, Italian lawmaker Marta Fascina, and two of his children, Barbara and Luigi, also tested positive for the novel coronavirus, along with several members of his entourage.

Shortly prior to his hospitalization in Milan, Berlusconi issued a statement on Twitter assuring supporters that he was in good condition despite being infected with COVID-19.

"I want to reassure you that I am well," he said in a tweet. "I too am a victim of the coronavirus disease like many Italians." In the tweet, he highlighted the need for "strict measures to protect public health."

Berlusconi said he recognized the "limitations imposed on my activities by testing positive for the coronavirus," but noted that he "will continue the battle" ahead of regional elections later this month.

Shortly before he was hospitalized, he addressed a Genoa conference for the women's movement of his Forza Italia via video conference call.

"I no longer have fever or pain," he said. "I want to reassure everyone that I am quite well."