Italy to fine NGOs who rescue migrants at sea

The Italian government has decided to impose stiff fines on rescuers who bring migrants into port without authorization. It also gave the interior ministry, led by Matteo Salvini, power to demand the payment. 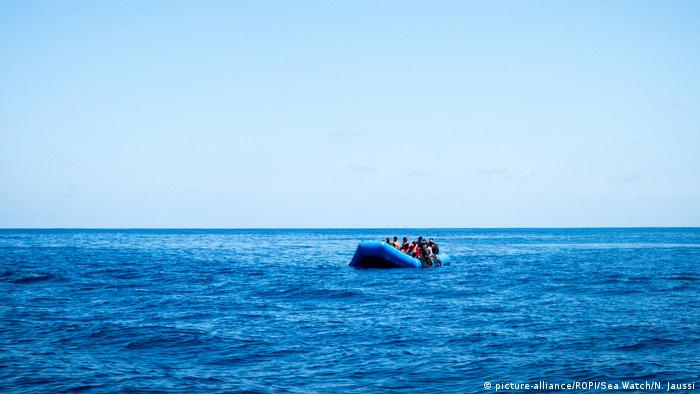 Rescuers who repeatedly dock without authorization risk having their vessel permanently impounded. The fines would be payable by the captain, the operator and the owner of the rescue ship.

The Italian government is composed of the anti-establishment 5-Star Movement and right-wing populist League Party. The League leader Matteo Salvini, who also serves as the interior minister, has been spearheading an effort to clamp down on illegal immigration.

The adoption of the decree has been delayed due to criticism from the United Nations and the office of the Italian president. Following the cabinet session on Tuesday, however, Salvini praised it as a "step forward the security of this country." The populist leader also said he was "absolutely sure about the fact that it is compliant" with all national and international laws.

The decree allows police to investigate possible migrant trafficking operations by going undercover. It also makes it easier to eavesdrop electronically on suspected people smugglers. Other sections of the decree impose stricter punishments on rioters and violent football fans.

Additionally, the decree gives Salvini's ministry the power to order the NGOs to pay the fines, this was previously the area of the transport and infrastructure ministries.

Salvini has pushed through several anti-migrant decrees since becoming interior minister a year ago, including one in December which ended humanitarian protection for migrants who do not qualify for refugee status. Earlier this week, Salvini blasted three judges who opposed his hardline policies.

Since 2014, more than 600,000 people have made the dangerous journey across the central Mediterranean to reach Italy, fleeing war and poverty in Africa, Asia, and the Middle East. More than 14,000 have been recorded killed or missing when attempting the trip.

Without a legal way to reach Europe, they pay people smugglers for passage in unseaworthy boats. The UNHCR and IOM recently said that 1,940 people have reached Italy from north Africa since the beginning of 2019, and almost 350 have died en route — putting the death rate for those crossing at more than 15%. The number of new arrivals has dropped off in recent years, but Rome is still faced with hundreds of thousands of people who migrated illegally. Pending asylum claims as of May 31 this year were 135,337.

With official search-and-rescue missions canceled, the burden of assisting the shipwrecked migrants falls on rescue NGOs. The Italian coastguard estimates NGOs have brought in some 30,000 people per year since 2014.