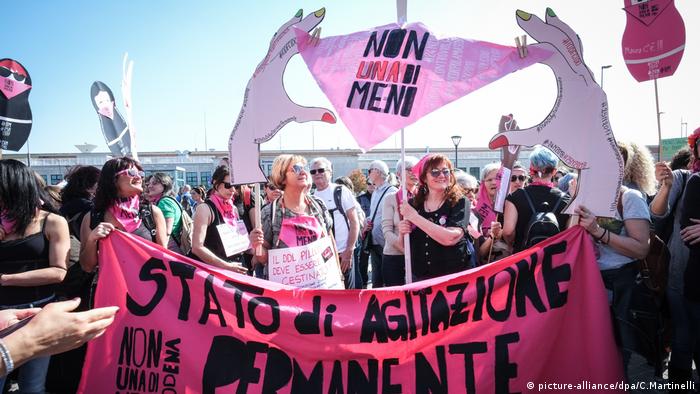 Tens of thousands of people marched through the northern Italian city of Verona on Saturday to protest an international anti-abortion conference.

Read more: Abortion laws under fire in Italy after death of Valentina Milluzzo 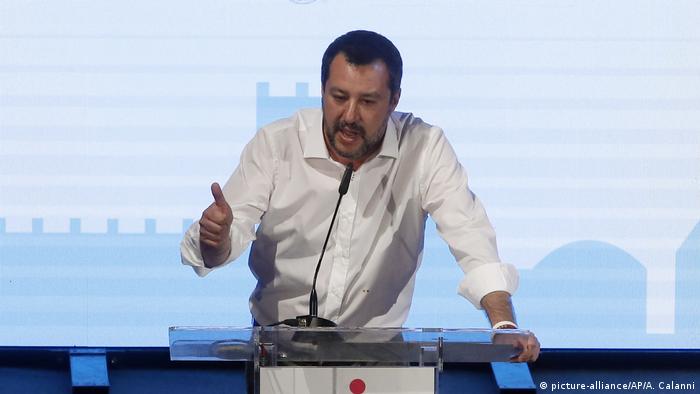 Salvini's coalition partner Luigi Di Maio, the leader of the anti-Establishment Five Star Movement, spoke out against the views held by the World Congress of Families.

"The vision defended by this Congress in Verona is a vision of the world that belongs for the most part to the Middle Ages, which considers women as submissive," he said.

Abortion in Italy: Abortion was legalized in more than 40 years ago in Italy, but right-wing politicians have been campaigning to have the law changed.

Who is Matteo Salvini? He has been deputy prime minister and interior minister since his right-wing League party formed a governing coalition with the Five Star Movement in June 2018. As interior minister, he has taken a hard line against migrants trying to cross the Mediterranean into Europe.