Italy's deputy prime minister has refused to apologize for meeting with anti-Macron protesters. France accused Italy of spreading the "nationalist leprosy" that is trying to destroy Europe. 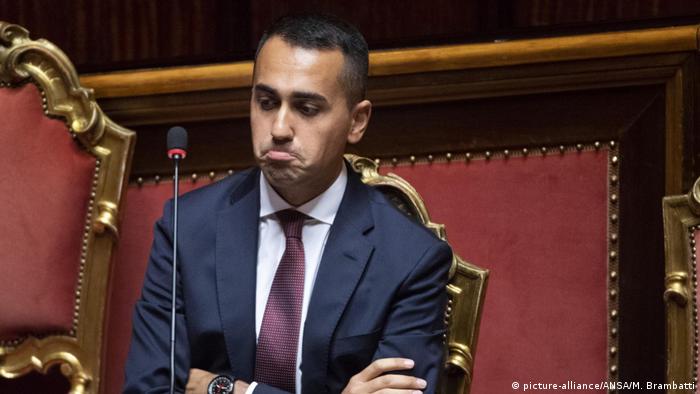 The government of Italy sent mixed signals on Friday amid an intensifying row with France. While one of Italy's deputy prime ministers refused to apologize for actions that ignited the spat, the other made overtures of friendship to his French counterpart.

France has accused Italy of violating "the most elementary diplomacy" by not announcing a minister's visit to the country. Paris has also temporarily recalled its ambassador to Rome over months of "unfounded attacks," marking the most public dispute between the two EU-founding nations since the end of World War II.

Tensions have been rising ever since a populist government, a coalition of the anti-establishment Five Star Movement (M5S) and nationalist League (Lega) party, took office in Rome last June. One of the main commonalities of the two seemingly disparate parties is their anti-immigration stance, which has put them at odds with France and other EU nations, including Germany.

The simmering feud came to a boil this week when M5S Deputy Prime Minister Luigi Di Maio (above) visited a meeting of yellow vest demonstrators, whose protests against French President Emmanuel Macron across France quickly descended into weeks of violent clashes with police. Di Maio said the meeting was to share advice on how to begin a "citizens' movement."

'It's a political game'

Di Maio, who has openly criticized Macron over immigration policy, refused to apologize on Friday, saying that president's government had overreacted.

"It's a political game," on France's part, Di Maio said. "Free movement exists in Europe, and the meeting didn't cost the French taxpayer anything."

At the same time, Italy's other deputy prime minister, Matteo Salvini of the League party, who is also interior minister, invited his French counterpart, Christophe Castaner, to come to Rome for a "fruitful exchange of ideas" and "to confirm a concrete willingness to cooperate" on shared interests.

Mostly absent from the dispute was Italian Prime Minister Giuseppe Conte, a political novice who was put forward by the League and M5S as a compromise who has let his deputies play an unusually prominent role in policymaking.