The interior minister has ordered migrants in Riace be redistributed across Italy after its mayor was arrested. The mayor's vision was hailed across the globe as a model for reviving towns and integrating refugees. 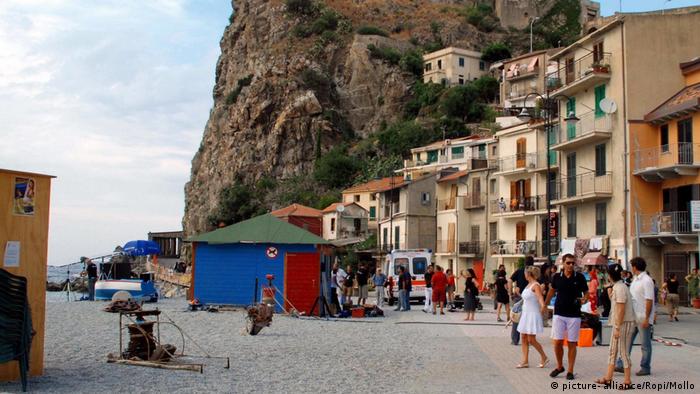 Italian authorities want to relocate some 200 migrants, starting on Monday, from the small Calabrian town of Riace, according to Italy's Interior Ministry.

Riace gained international fame in the wake of the migration crisis when Mayor Domenico Lucano welcomed migrants to the sparsely populated town in a bid to boost local development. Around 300 migrants came to the town of 2000 inhabitants, where abandoned houses were restored and craft workshops reopened to absorb the newcomers.

However, Italian police arrested Lucano earlier this month on suspicion of mismanagement of public funds and facilitating sham marriages — allegations he has staunchly denied.

Politicians, celebrities and cultural figures, including anti-mafia author Robert Saviano, have spoken out against his arrest, saying it represents a politically motivated action by far-right leader Matteo Salvini in his capacity as interior minister. 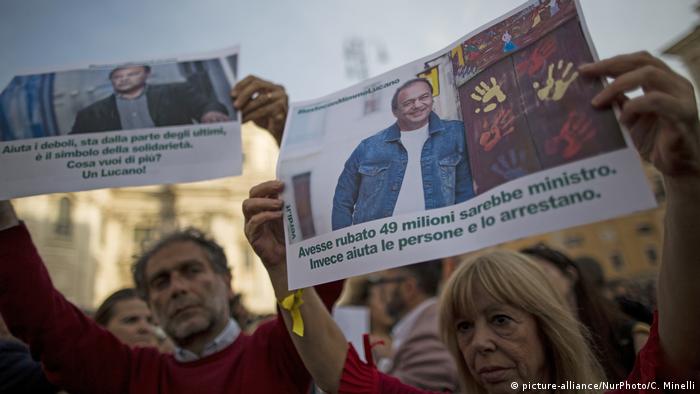 Protesters have slammed Italian authorities for arresting Mayor Domenico Lucano, known by many as "Mimmo." The placard on the right says: "If he had stolen €49 million, he would be minister. Instead, he helps people and is arrested."

But Salvini has hit back at criticism of Lucano's arrest, saying "those who make mistakes must pay" for their crimes.

"We cannot tolerate irregularities in the use of public funds, even if there is the excuse of spending it for immigrants," Salvini said in a Facebook post on Saturday.

Salvini has pushed a hard-line policy against irregular migrants, including economic migrants and refugees. As a front-line EU country, Italy has born the brunt of the migration crisis that erupted in 2015.

Interior ministry sources later denied that the relocations would be carried out by force, according to Italian media. Instead, the migrants would "only be moved on a voluntary basis." But those who chose to stay in Riace would no longer "benefit from the reception system."

One of the 'world's greatest'

Lucano's model for integrating migrants has been hailed across the globe as a way to revive depopulated villages. Many of the migrants living in Riace have learned local artisan crafts.

In 2016, Fortune magazine named Lucano as one of the "world's greatest leaders" in its top 100 list.

Lucano, who is under house arrest, has decried the charges leveled against him, saying: "How is it possible to think of destroying the 'Riace model,' which has been described by innumerable people, politicians, intellectuals and artists, as an extraordinary experience?"

"They want to destroy us," he added. "I am immensely bitter."

Former Italian prime minister Enrico Letta was among those who rejected the move against Riace. "For shame. This is not Italy!" he wrote on twitter.

"If Lucano is the danger in Calabria, it means the mafia is winning," de Magistris said. "If the government decides to deport the oppressed, fragile victims of oppressors from the world's regimes, then Riace must become a stronghold of resistance," he added.

A southern Italian mayor lauded globally for his approach to immigration was convicted on various corruption charges. Observers were shocked at the severity of the sentence.