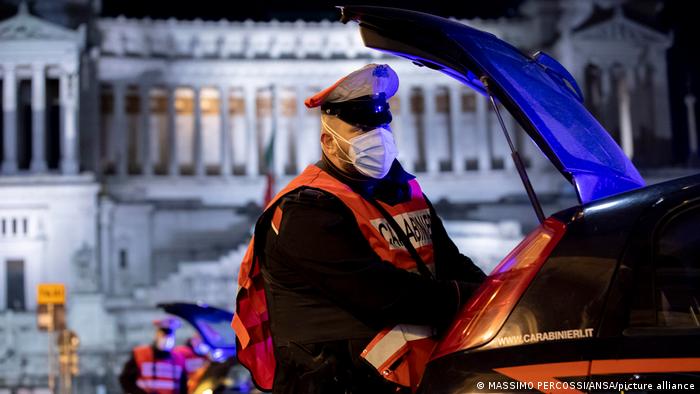 An Italian navy officer and a Russian diplomat have been detained, "accused of serious crimes tied to spying and state security," Italy's police said on Wednesday.

The pair were caught swapping confidential documents in exchange for money during a "clandestine meeting" in Rome on Tuesday night.

Later on Wednesday, Italy ordered the expulsion of two Russian officials in connection with the spy scandal.

Foreign Minister Luigi Di Maio said in a statement that Italy had lodged a formal protest with the Russian ambassador and notified him of "the immediate expulsion of the two Russian officials involved in this very serious affair."

The man caught during the meeting with the Italian official was ordered expelled along with another Russian Embassy official allegedly involved,  Di Maio said in a Facebook post. Di Maio didn't provide details about the suspected role of the second Russian.

The Kremlin, meanwhile, promised a reciprocal response to their banishment, according to the Interfax news agency, citing a Russian lawmaker.

What prompted the fallout?

Italy's Carabinieri paramilitary police carried out a sting operation, catching a navy officer and diplomat red-handed, immediately after the handover of the documents.

The Italian officer, who is a frigate captain, was arrested, the police said.

The Russian, a member of the armed forces stationed at Moscow's embassy in Rome, was also detained. His status is "under consideration" given his diplomatic position, the statement said.

What we know about the Italian suspect

According to La Repubblica daily newspaper, the navy captain worked at the office of Chief of the Defense Staff and had access "to a wide range of documents" concerning both Italian defense and NATO activities.

NATO documents were allegedly among the items the navy captain handed to the Russian official, Ansa news agency said.

He was discovered after long investigations led by Italy's domestic intelligence agency AISI, with support from the Chief of the Defense Staff.

The Russian Embassy confirmed the detention of a diplomat but did not comment on the incident.

"In any case, we hope that it wouldn't affect bilateral ties," the embassy said in a statement.

In London, Foreign Secretary Dominic Raab took to Twitter to support Italy: "The UK stands in solidarity with Italy and its actions today, exposing and taking action against Russia's malign and destabilizing activity that is designed to undermine our NATO ally."

If proven, this would be the latest of several recent incidents of Russian spying in Europe.

Bulgaria said this month it had uncovered a group of Bulgarian military members who were allegedly spying for Moscow. It expelled two Russian diplomats from the country.

Prosecutors in Sweden also charged a 47-year-old man with espionage for allegedly providing Russia with information about Swedish companies in return for payment.

And in Germany, a man was charged in February after he allegedly passed on floor plans for the German parliament to a Russian intelligence agent.