Police have arrested Camorra boss Marco Di Lauro — one of the most-wanted criminals in Italy. "Unusual activity" led authorities to his apartment, where he was found eating pasta and expressed concern for his cats. 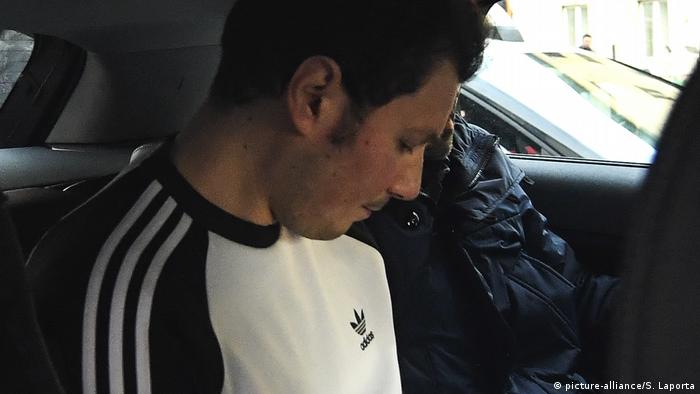 After more than 14 years on the run, Italian authorities arrested top mafia boss Marco Di Lauro on Saturday, nabbing one of the heads of the Camorra organized crime syndicate.

In an operation involving 150 officers, police arrested Di Lauro at an apartment in the Chiaiano district of the southern city of Naples.

The 38-year-old, who was found sitting with his two cats and eating pasta when authorities arrived, did not resist. He reportedly voiced concern over the fate of his cats before being taken away

Police said that "unusual activity" tipped them off to Di Lauro's location. Italian media reported that the arrest was connected to a murder that happened earlier on Saturday that was carried out by a man linked to Di Lauro.

According to the Interior Ministry, Di Lauro was one of the top four most-wanted criminals in Italy.

He escaped a massive police raid in 2004. Di Lauro was responsible for at least four murders, an informant told authorities in 2010.

He was considered to be the second-most dangerous man in Italy after Sicilian Mafia boss Matteo Messina Denaro, Italian media reported.

He is the fourth son of Paolo Di Lauro, who headed the Camorra clan prior to his arrest in 2005. The much-weakened clan operates out of Naples' Scampia and Secondigliano neighborhoods.

At least 130 people were killed as part of a violent power struggle when the Amato-Pagano clan split from the Di Lauro clan in 2004.

Carefully coordinated police raids in Germany, Italy, the Netherlands and Belgium netted 84 suspected members of the 'Ndrangheta. Most known for global cocaine trafficking, the organization has been buying property. (05.12.2018)

It took fifty investigators about three years to track down Roberto Manganiello. The Camorra fugitive was wanted on drug, murder, extortion, and weapons charges. (18.04.2016)