Italian authorities have detained 21 aides and family members of the fugitive criminal Matteo Messina Denaro, believed to be the top boss of the Sicilian Mafia. The former hitman has been on the run since 1993. 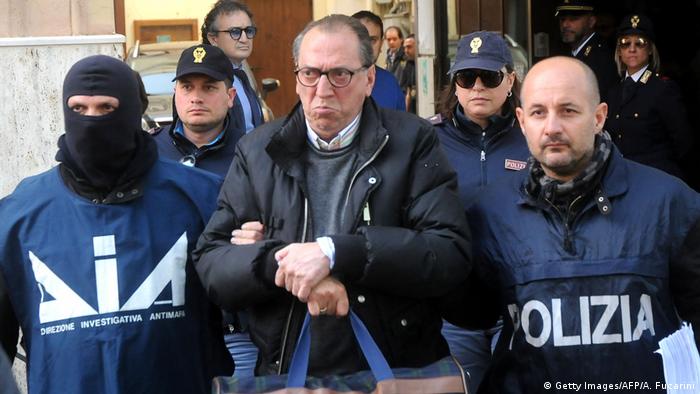 Denaro's brother-in-law Rosario Allegra was among those arrested

Two of Denaro's brothers-in-law are among the arrested, as well as an online gambling entrepreneur. Police said they achieved progress in their efforts to track down the 55-year-old Denaro, who went into hiding in 1993 but has continued to rise through the ranks of the Sicilian Cosa Nostra crime syndicate.

"We have arrived truly close to the heart of the fugitive, in the literal sense in that we have detained members of his own family," Guido told a news conference on Thursday.

The investigators were focusing on the network for passing coded paper notes, the so-called "pizzini" that allow Denaro to communicate with his subordinates. While the authorities failed to secure any of the notes, they have managed to capture phone conversations between members of the Mafia, including one of Denaro's brothers-in-law. 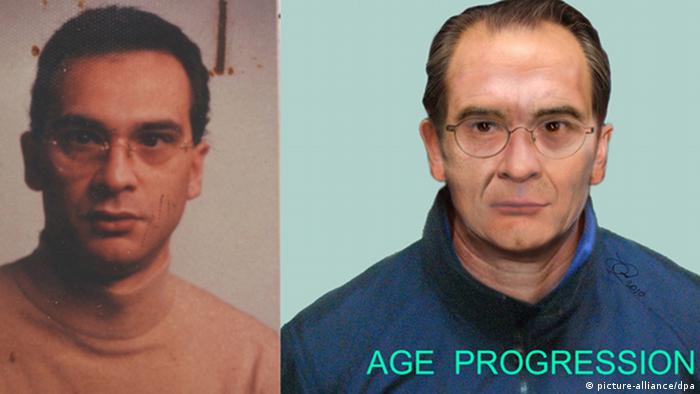 'They should make a statue'

In the recording, the mobsters praise Denaro and his father, Francesco, also known as Don Ciccio, comparing them with the 20th century Catholic saint Padre Pio.

"They should make a statue […] for Uncle Ciccio and him next, those are the saints," the mobsters say in the recording played by the police.

In another recording, Denaro's associates defend the kidnapping and killing of the son of a former Mafia man who decided to cooperate with the authorities in 1993. The informant, Santino Di Matteo, refused to retract his account after his 11-year-old son was kidnapped. After holding the boy for over two years, members of the crime syndicate brutally murdered him and dissolved his body in acid. Messina Denaro has been convicted in absentia for his role in the crime.

"Did he not do the right thing? He did the right thing!" news agency AGI quoted one of the suspects as saying. "It's right that we don't touch kids ... but why didn't you retract? You obviously didn't care about your kid."

The new boss of bosses?

Denaro, who was born into a well-known Mafia family in the Sicilian province of Trapani, acted as an executioner for the crime syndicate in his youth. He has repeatedly boasted that he could "fill a cemetery" with his victims. Unlike many other Mafia figures, Denaro also openly flaunted his wealth with expensive cars and clothes.

He was believed to be behind several bombings that targeted Italian magistrates and officials in 1993. Denaro has managed to evade arrest for over 25 years even as other more powerful crime lords, including Bernardo Provenzano and Salvatore Riina, were captured. With the deaths of Provenzano in 2016 and Riina in 2017, Denaro is now considered the most powerful Cosa Nostra figure. However, it remains unclear whether he is accepted as the "boss of all bosses" within the syndicate. Police have moved against his circle of aides since 2009, arresting over 100 of his relatives and associates, including his brother and sister.

Last year, Italy's specialized anti-Mafia agency said Cosa Nostra was grappling with a leadership vacuum. The officials added Denaro would be the only person able to fill it, pointing out that his capture was "an absolute priority."