Parliament voted in favor of increased presence in North Africa and cutting the number of troops in the Middle East. Rome hopes to fight the human trafficking that has brought hundreds of thousands of migrants to Italy. 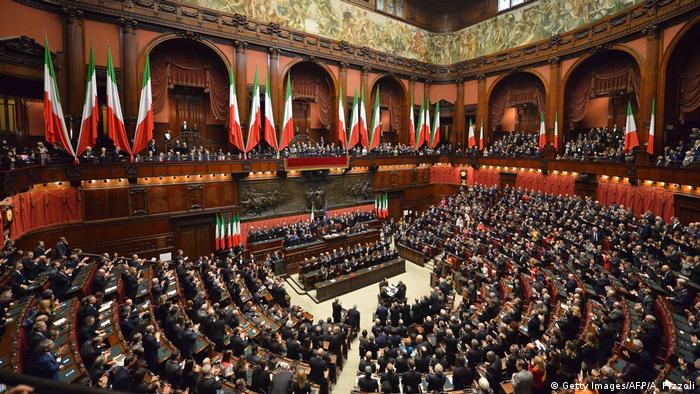 Italy's parliament approved a bill on Wednesday to beef up the country's military mission in North Africa, as well as in the West African nation of Niger. The move was seen as a way to combat the trafficking of migrants through the Mediterranean to Italy, many thousands of whom have drowned in the crossing.

In December, Prime Minister Paolo Gentiloni first announced the new mission in Niger, which will see 470 Italian troops join the French and US soldiers already stationed there in an effort to help President Mahamadou Issoufou better fight insurgents and control the country's borders.

Gentiloni promised the mission would "guarantee stability in the area and fight illegal trafficking of migrants."

"This is a training mission in response to a request from Niger, not a combat mission," Defense Minister Roberta Pinotti clarified.

At the same time, some Italian soldiers stationed in Iraq will be redeployed to northern Africa, particularly Libya – the usual departure point for migrants hoping to reach Europe by boat. More than 600,000 refugees fleeing conflict, famine and poverty have arrived on Italy's shores since 2014.

The plan will also see the number of Italian soldiers in Afghanistan halved to about 750 and about 200 soldiers recalled from Iraq.

The number of new refugees arriving in Italy has swiftly dropped in recent weeks, yet small communities in the south of the country have their hands full. DW's Doris Pundy reports from Sicily. (29.08.2017)

Some 600 migrants, including many children, have arrived in Sicily after being rescued at sea in the past days. The new influx highlights problems with a controversial deal between Italy and Libya on stopping migrants. (13.10.2017)

The UN refugee agency said the 162 refugees were "vulnerable" and faced abuse in Libya. The UN hopes to find third-country homes for thousands of migrants stranded in Libya. (24.12.2017)