Italian police say they have been carrying out raids against an armed Islamist organization. A chief prosecutor said the Vatican may have been among the group's intended targets. 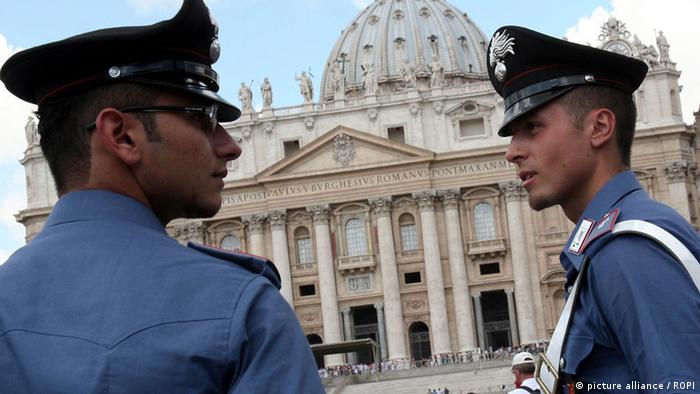 In statements on Friday, the Italian police confirmed that they had carried out raids on locations across seven provinces looking for 18 terrorist suspects in an ongoing operation.

The men are thought to belong to "an organization dedicated to transnational criminal activities inspired by al Qaeda and other radical organizations pursuing an armed struggle against the West and insurrection against the current government of Pakistan."

Most of the raids centered on the island of Sardinia, where police said they had broken up a radical Islamist terror group that included men suspected of having taken part in a deadly October 2009 bombing at the Meena Bazaar in Peshawar, Pakistan. The attack killed more than 100 people and injured more than 200 others.

A police official, Mario Carta, told Reuters news agency that all the suspects sought by police were Pakistanis or Afghans.

The group had "an abundant amount of weapons and numerous faithful willing to carry out acts of terrorism in Pakistan and Afghanistan before returning to Italy," one of the police statements said.

At a press conference in Rome, Cagliari Chief Prosecutor Mauro Mura told reporters that the suspects may also have intended to target the Vatican, Reuters news agency reported.

He said wiretaps had suggested that a suicide bombing at the Vatican had been planned in 2010 - with the intended bomber even arriving in Rome - but had not been carried out for unknown reasons.

Police said one of the men arrested during the investigation, an imam in the northern city of Bergamo, was suspected of being the group's spiritual leader. He is alleged to have collected funds from Pakistanis and Afghans in Italy under the pretext that the money was to be used for religious purposes.

The investigation is being carried out by Italy's anti-terrorism police, DIGOS.

Opinion: It's going to be a long fight

The Paris anti-terror conference has produced nothing new. Enough talking - we can analyze the causes later on. What's needed now is action to counter the "Islamic State" terrorist militia, says DW's Bernd Riegert. (15.09.2014)

Once again, after a long break, the EU is seeking more intensive cooperation with the southern Mediterranean countries in the collective campaign against terrorism. Barbara Wesel reports from Barcelona. (13.04.2015)