Istanbul police have broken up the 700th weekly vigil by Turkish mothers demanding accountability for disappearances of relatives since the 1980s. Tear gas was fired and dozens were detained while defying a protest ban. 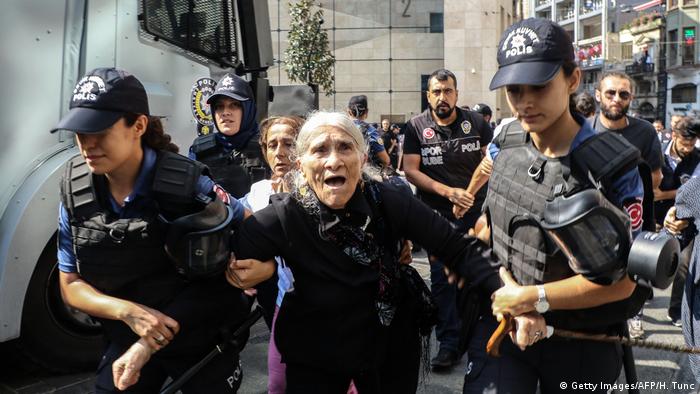 One of those briefly held by police was an 82-year-old mother, Emine Ocak (pictured above), whose son Hasan disappeared in 1995 after being taken into custody, then aged 30.

The mothers – who have run regular vigils for decades – want an independent commission to look into the unexplained fate of relatives missing since Turkey's 1980 coup and during three decades of conflict centered on Turkey's mainly Kurdish southeast.

Activists say Turkey has never properly investigated the fates of those still missing.

Istanbul's central Beyoglu district authority had banned Saturday's vigil, asserting that social media linked to the outlawed Kurdistan Workers' Party (PKK) has been used by organizers - a claim denied by Saturday Mothers as a group.

From 1999 until 2009, police repeatedly intervened to hinder vigils but in more recent years had kept only a watchful presence – until Saturday's use of water cannon and tear gas. 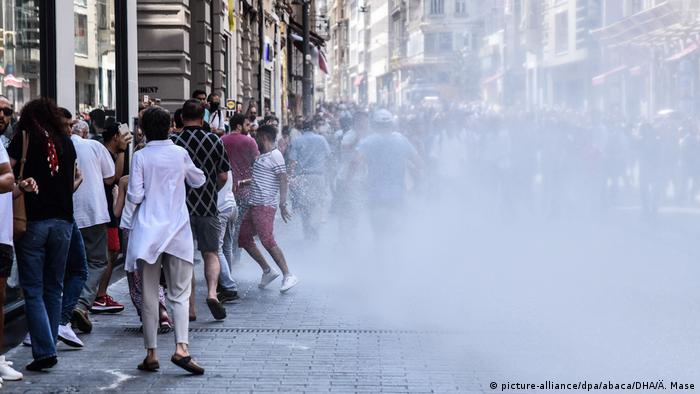 Turkish lawyer Efkan Bolac wrote on Twitter that 47 people had been detained and were being released after giving statements to police.

President Recep Tayyip Erdogan, who in 2011 as then-prime minister met members of Saturday Mothers, was focused Saturday on economic woes.

In his first comments in days on the Turkish lira's slump, Erdogan called on Turks to "resist attacks against the Turkish economy."

It was up to "every member of our nation to protect their independence, nation and the future," he asserted. 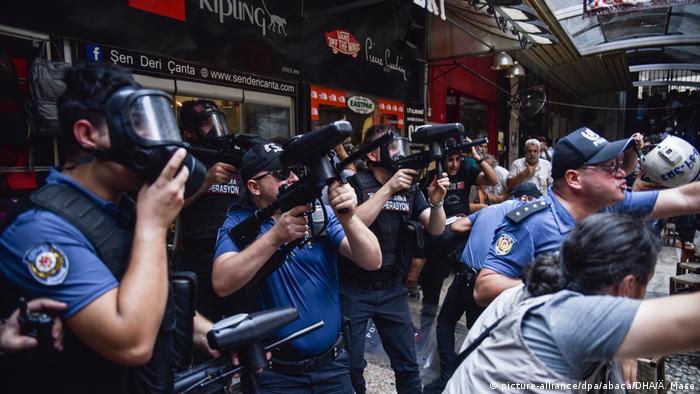 It was the Saturday Mothers' 700th protest, police used water cannon and tear gas to disperse the protesters

Over 24,000 people were internally displaced in the southeast of Turkey in the wake of the conflict there. Many of them have still not found a home. Tessa Fox reports from Diyarbakir. (29.06.2017)