Over 24,000 people were internally displaced in the southeast of Turkey in the wake of the conflict there. Many of them have still not found a home. Tessa Fox reports from Diyarbakir. 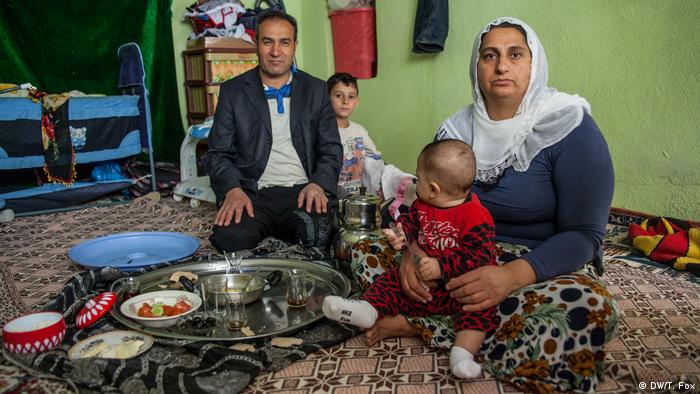 Fatma was eating with her husband, Abdulkadir, her five children and extended family, on a Sunday when a bomb went off. The shrapnel broke the wall, took off Abdulkadir's niece's head, sending her body flying through the room and making a hole in the wall opposite. Everyone passed out from the gases drifting from the bomb's casing.

Fatma's family are among the 24,000 forcibly displaced from the town of Sur in Diyarbakir in the southeast of Turkey. In July 2015, a ceasefire ended between the Kurdistan Workers' Party (PKK) and the Turkish state, escalating into a war in the heart of the cities of the east. This resulted in at least 368 unarmed civilian deaths across the region, according to an Amnesty International report.

Curfews were first enforced in Sur on September 6 as fighting intensified. This pushed many people out of their homes as they were cut off from food and water. Armed clashes in Sur officially ended in March 2016, though over a year later, those people who lost their homes, loved ones and livelihood are still suffering.

Fatma opens the front door to her current home in Sur and hurries us into a room where she, Abdulkadir and her baby are still finishing Kahvaltı; a traditional breakfast of various cheeses, yoghurt, eggs, olives and fresh bread.

Fatma and her family had been living in their original home in Sur for 10 years - it had belonged to Abdulkadir's mother. When the fighting intensified, their family had to move into a rental property in another part of the town, with two other families. They stayed there for two months until Abdulkadir's niece was killed. After this, they had to move to a hotel. 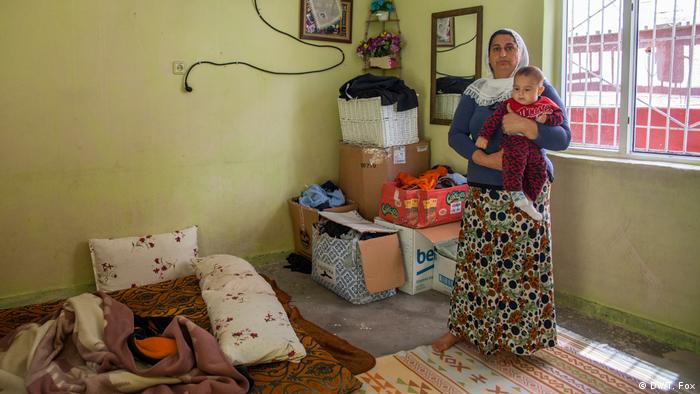 Fatma’s current house is half the size of her destroyed home. The whole family sleeps in one room

The government paid for the hotel board of 2,000 TRY (500 euros), but after six months they were told "now it is time for everybody to move, get out," Fatma told DW. The government continued to provide 1,000 TRY each month but it is still hard to make ends meet.

"We collected a lot of things from the garbage. When we went back to our original home there was nothing there, it was in the ground, demolished." The money provided is not enough to replace everything they lost and to provide for five children. "We're trying to eat less. We don't eat everything we want." 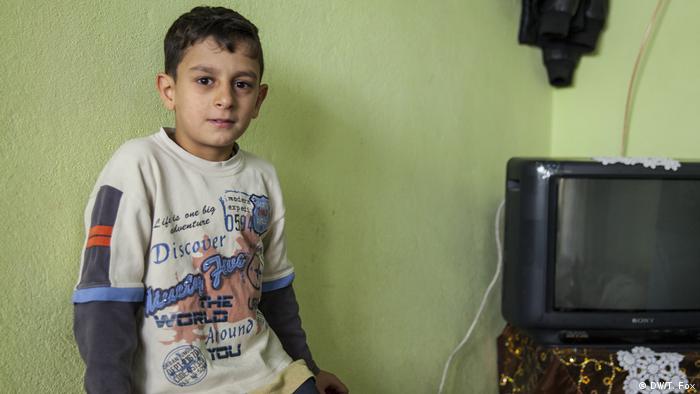 Amnesty International Turkey Researcher, Andrew Gardener believes this rent assistance is important for the families, although he points out that it is only available until one person starts working in the family. "Some families are 10 or more people, if you have one person on minimum wage, that's not going to cover people's rent," he told DW.

Zeytin now lives in a seemingly sterile, high-rise apartment out of the city of Diyarbakir. Her family had their home in Sur for 22 years.

"Our home was so nice. People from other cities always came to visit. It was full of light. It had a big garden with a water fountain. Now it is all demolished, crushed into the ground," Zeytin told DW.

Zeytin, along with her husband and eight children are among those who have had to leave Sur during the war. She went back to see her home when the fighting ended but nothing was left.

They moved to the ground floor of the apartment block, technically made for a meeting room. "God bless the neighborhood, I give so much thanks to them for helping," she said. Some people were kind enough to donate furniture.

They are currently paying 650 TRY a month for rent. Once the children finish the semester of school they will try and move again to a cheaper area, where they will pay 450 TRY. Zeytin cannot work. "I became sick after the war, my heart is hurting," she says, explaining that a vein is blocked near her heart and the valve has thickened.

Zeytin's children, like Fatma's, are still traumatized and distracted from schoolwork.  "I don't want to live here, it doesn't feel like a neighborhood," she says, becoming visibly emotional. "I feel sad things only." Zeytin remembers how many young people were killed in the war. "I'm never going to forget." 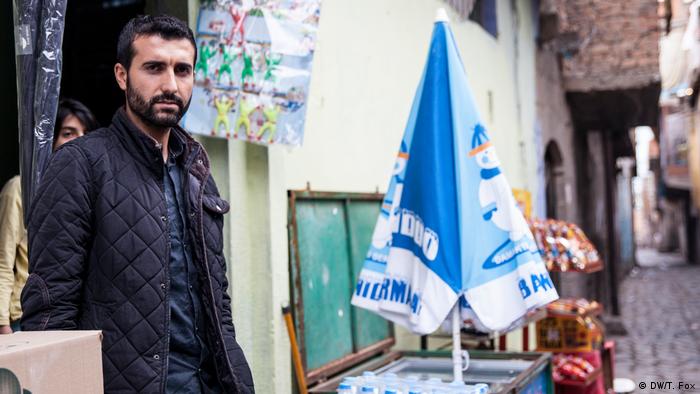 Kaya in the doorway of his new store, soon to once again be demolished

In between selling ice blocks to children on a blazing hot day, back in Sur, Devran Kaya tries to explain how he lost his business in the war. "There were holes everywhere in the walls from the rockets." The store DW stands in front of was started from scratch as the last one was ransacked by opportunists. "They stole everything," Kaya told DW.

No aid groups assisted him, and the government offered no compensation. Kaya is only supported by his close family, but still the rent of the small store is too high. "It's almost 200 TRY a month. That's how poor we are, it's too much for us. No one thought about us. We are feeling homeless and like outsiders. I can't find any words to explain my emotions. I feels like a refugee in my own town."

The government is bulldozing areas to make way for a new development plan, announced after the end of the war. This means, along with Fatma and her family's current house, Kaya will also lose his shop once again. No one will tell him when it will happen. "It could be five months, a year or two weeks," he said. "It happens within three days, they don't give you time to move."

Kaya needs to go back to serving his customers. He has to make the most of any income. "Before when you stood here, it was crowded, everyone sat in their doors. Now it's empty, no one is outside."