Istanbul mayoral election centers on fight against corruption | Europe | News and current affairs from around the continent | DW | 13.06.2019

Turkey's ruling party has been accused of using Istanbul city funds to benefit business contacts and the president's family. Now an opposition candidate for mayor is vowing to put an end to the nepotism ― if he can win. 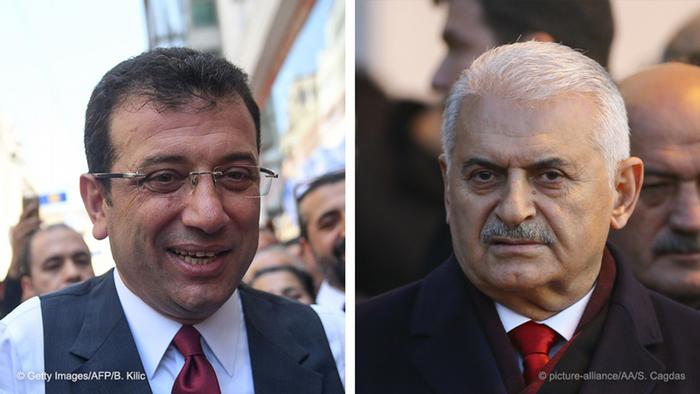 Istanbul is Turkey's undisputed financial center. Some 31% of the country's economic output stems from the city. That's one reason why Istanbul's coffers are more than full. It doesn't come as a surprise, then, that money is at the center of Istanbul's mayoral election campaign.

Ekrem Imamoglu, a candidate with the social democratic CHP, often rails against wasteful spending of taxpayer money by Istanbul authorities. On almost every talk show he appears, he whips out a cardboard sign that says "Israf," or wasteful spending. It lists the millions that are being spent on company cars, websites and other expenses ― all of them extravagances that he noticed during his 18-day stint as Istanbul's mayor before Turkey's High Election Commission relieved him from his post.

When Imamoglu addressed the presumed squandering on CNN Türk, a channel close to the government, the presenter halted the interview, citing airtime. But with Turkey in the midst of a severe economic crisis, even those people loyal to the government are reluctant to tolerate the wasteful state spending.

For critics of President Recep Tayyip Erdogan, on the other hand, the ruling Islamic-conservative Justice and Development (AKP) party's wasteful spending habits are just the tip of the iceberg. Rumors have long swirled of the president's self-enrichment while in office ― from a private fortune reportedly in the hundreds of millions of euros, to villas and large properties. 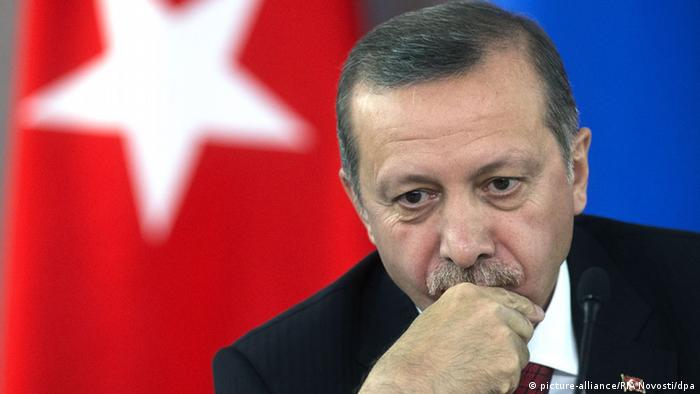 Istanbul authorities have been dogged by corruption accusations for years. In December 2013 , the city public prosecutor's office accused the government of making illegal gold deals with Iran that involved Turkish authorities allegedly receiving bribes. Erdogan himself was at the center of the scandal. A leaked telephone conversation between the Turkish president and his younger son, Bilal, made the rounds in the Turkish media.

During the conversation, the Turkish president called on his son to make the "money in the house" disappear as quickly as possible. His son complained that there are still €30 million left.

Erdogan himself described the recording, which experts deemed authentic, as a "montage" and a "dirty campaign."

For Kristian Brakel of the Heinrich Böll Foundation in Istanbul, these recordings from 2013 are the clearest proof of corruption in the Turkish president's orbit. He sees a well-established system of financial dealings that links politics and business.

"There are a number of important businessmen who are close to the AKP," Brakel told DW. "They win public tenders. And many of these tenders are always won by the same companies. In addition, there are examples where businessmen are exempted from legal regulations or where the laws have obviously been changed in their favor. These companies, often large holding companies, then support the AKP in various ways. A businessman, for example, is said to have financed the tuition fees of Erdogan's children in the US."

Religious groups and foundations have benefited most from the Istanbul city administration's huge budget. According to a recently published municipal report, almost €130 million ($147 million) went to religious foundations in 2018.

Almost all these foundations are related to the AKP or even directly to Erdogan's family. The Foundation for Youth (TÜGVA) received the most funds, some €11.3 million. It is led by Erdogan's son Bilal.

TÜRGEV, another foundation for education and youth, received more than €8 million from public funds. Erdogan's daughter Esra Albayrak sits on the TÜRGEV board of directors. In addition, a son-in-law of Erdogan runs a technology foundation that was awarded more than €6 million.

The new Istanbul elections on June 23 could ultimately be a vote on reforming the city's systemic wastefulness, nepotism and corruption. Imamoglu's conservative opponent, Binali Yildirim, has murky financial ties of his own. Information in the so-called Paradise Papers revealed two years ago that Yildirim's sons own shares in several Maltese offshore companies.

'From now on, all of Istanbul will benefit'

Imamoglu has vowed to put an end to the corruption in Istanbul. "From now on, the benefits for a few select foundations, confidants and communities will cease," he said. "From now on, all of Istanbul will benefit."

Read more: Can Dundar on the collapse of media in Turkey: 'Did I upset you, boss?'

For Erdogan and the AKP, losing control of the government in Istanbul would be a bitter setback. If access to the city's coffers were to cease, AKP officials would struggle to maintain influential business contacts. Moreover, a change of power would likely reveal the extent of the government corruption in Istanbul — something Erdogan will be desperate to avoid.