Living in exile in Germany, journalist Can Dundar has been highly critical of the clampdown on the media under President Erdogan. In a DW exclusive, he wrote about the collapse of the independent press in Turkey. The Turkish daily Milliyet used to be an influential newspaper with its social democratic editorial line. The owner of the paper, Aydin Dogan, was dubbed the "media mogul" of Turkey. He was the owner of the Dogan Media Group which ran the largest newspapers and TV channels with the highest numbers of viewers. He was a partner of German publisher Axel Springer but was not getting along well with the AKP government.

Then Prime Minister Recep Tayyip Erdogan was constantly complaining about journalists like me but his efforts were always in vain. Finally, Erdogan found a practical backdoor, claiming that a 25 percent stake transfer to Axel Springer was marred with irregularities. In 2009, the Dogan Media Group was fined a record tax penalty of 2.5 billion dollars (2.24 billion euros).

Read more: Can Dundar: Turkish democracy will continue despite Erdogan

Two years later, Aydin Dogan sold Milliyet for 48 million dollars to Erdogan Demirören, a businessman with close ties to the government. On his first day, Demirören called a meeting with all the columnists. His first sentence was: "I don’t want to read any lines against Erdogan from now on."

Soon after that meeting, Demirören called me personally to tell me I wouldn't be writing for the paper anymore. This is how I was fired from Milliyet, the paper I had worked for for 12 years. One day a tapped phone call between then Prime Minister Erdogan and Demirören was leaked on the internet. The subject of the call was a news story which had been published in Milliyet that same day. On the phone, Demirören addressed the prime minister as "boss."

Demirören: Did I upset you, boss?

Erdogan: You embarrassed me. (…) Is the mission of the newspaper to stir provocation?

Demirören: We would never even think about it, Mr. Prime Minister.(…)

Erdogan: Do whatever it takes to take care of those inglorious (journalists).

Demirören: I will bring the person responsible into the light before this evening. Do not fret.

Erdogan: Alright, have a nice day.

Demirören: Why did I enter this business …For whom?

Demirören was sobbing when he muttered those last words. In a way, he obviously already knew the answer to that question: The person who forced Demirören to enter this business, the real owner of the newspaper was Erdogan and now he was holding him accountable.

But Demirören’s tears dried fast. Ahead of the 2018 general elections, he bought all of Dogan's  remaining newspapers and TV channels. He did so with a 1.2 billion dollar loan provided by a public bank which included a ten-year repayment period and no repayment during the first two years. Demirören became the new "media mogul" of Turkey.

It is no coincidence that all the AKP-opposing journalists and managers got fired after the takeover. Demirören outlets were turned into a propaganda machine. Erdogan entered the election race in a media environment that couldn't have been more perfect for him.

And the "win-win" scheme worked. The Demirören newspapers' reputation was tarnished, circulation numbers decreased but there was nothing to worry about. The money that was lost kept returning through public procurement contracts. President Erdogan, thanks to the Trojan horse he had placed in the media sector, oversaw over 90 percent of all newspaper and TV outlets in Turkey. There was no need for censorship anymore as the media were turned into appraisal mechanisms for the government and attack dogs against the opposition.

But the happy ending was nowhere near, in fact quite the opposite happened. 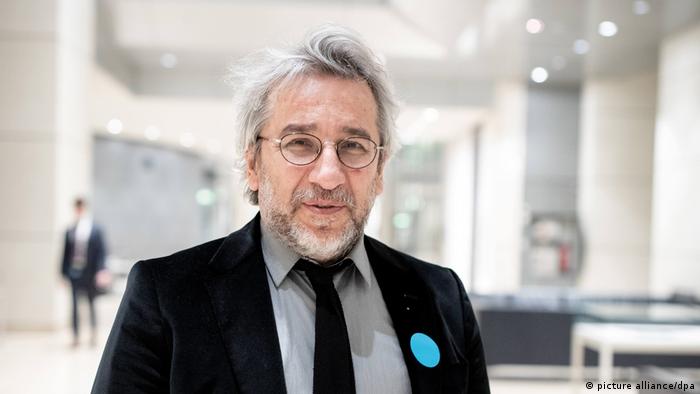 The readers and viewers soon tired of seeing the same headlines and watching the same person in ten or so newspapers and on television channels. While Erdogan's speeches lagged behind the soap operas in ratings, the top news show of, FOX TV, the only mainstream TV station that he could not exert control over, became the most popular.

There are still talented and brave journalists who are in detention, in prison, charged, exiled or unemployed, searching and defending the truth in spite of dire conditions.

What about Demirören? At 80, he passed away just before the 2018 general elections. All that remains from his legacy of 50 years as an industrialist is a pathetic phone call.

Can Dundar worked for the Turkish newspaper Milliyet from 2001 to 2013. After he was dismissed, he became editor-in-chief of the daily Cumhuriyet. In 2016, he was sentenced to five years and ten months in prison, following a report that linked Turkish intelligence to Islamists fighting in Syria. After three months, he was released and has since been living in exile in Germany.

Yavuz Selim Demirag has been an outspoken critic of President Erdogan. He was set on by assailants with baseball bats in what journalists say is a sign of shrinking press freedom. (11.05.2019)