Israel's Netanyahu orders settlement rethink in the West Bank after Palestinian, US opposition

Israel's prime minister has ordered a rethink of plans to build 20,000 settler homes in the West Bank, after Palestinian threats to walk out of peace talks. Netanyahu said he feared it could threaten talks with Iran. 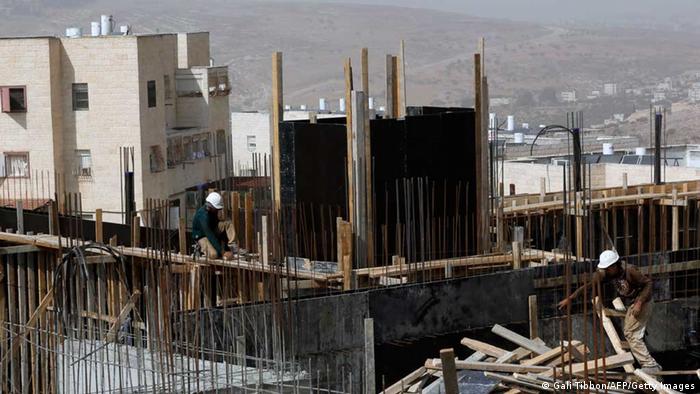 Prime Minister Benjamin Netanyahu late on Tuesday ordered the Israeli housing ministry to rethink the project, which he said had been announced hours earlier without prior consultation.

Netanyahu told housing minister Uri Ariel "to reconsider all of the steps for evaluating planning potential [of the settler homes] that he distributed without any advance coordination", a statement from his office said.

It added that Ariel had accepted the request.

There are growing tensions between Israel and its longtime ally, the United States, over how to best deal with growing threats in the Middle East after no deal was reached over Tehran's nuclear programme. (11.11.2013)

Israel is pushing for a total dismantling of Iran's nuclear-enrichment capability as world powers engage in talks with Tehran over fears it could seeking to develop atomic weapons.

Immediate criticism from US and Palestinian leadership may also have played a role in Netanyahu's decision to cancel the plan.

Chief Palestinian negotiator Saeb Erekat warned on Tuesday that Israel would be wholly responsible for a halt in peace negotiations should the building work go ahead. He said he had contacted representatives from the United States, Russia, the European Union and the United Nations to voice objections.

"I informed them that if Israel implements this decision, then this means the end of the negotiations and the end of the peace process," the Palestinian news agency Maan quoted Erekat as saying.

US officials meanwhile said they had been left blind-sided by the plan and called for an immediate explanation.

"We were surprised by these announcements, and are currently seeking further explanation from the government of Israel," State Department spokeswoman Jen Psaki said.

"Our position on settlements is quite clear - we do not accept the legitimacy of continued settlement activity. We've called on both sides to take steps to create a positive atmosphere for the negotiations," she added.

The issue of settlement construction has been at the root of stalled peace efforts in recent years. US-brokered talks resumed in late July after an almost five-year break, after Israel agreed to release 104 Palestinian prisoners.

The settlement proposals were disclosed just days after US Secretary of State John Kerry visited Israel and the West Bank in a bid to salvage the talks, which have thus far made little progress. He appealed to the Israelis to limit settlement building work in order to help the peace process succeed.

The Palestinians claim the West Bank, east Jerusalem and the Gaza Strip - territories which were captured by Israel in 1967. They fear that Israeli settlement construction on occupied lands will deny them a viable state.

Most countries consider the settlements illegal under international law, and the United States describes them as illegitimate. More than 500,000 Israelis now live in over 200 settlements in the West Bank and east Jerusalem alongside 2.5 million Palestinians. Israel withdrew from Gaza in 2005.