Israel has become a world leader in COVID-19 vaccination. It also supplies BioNTech-Pfizer with valuable data from the national vaccination campaign. The most recent results offer reason for optimism. 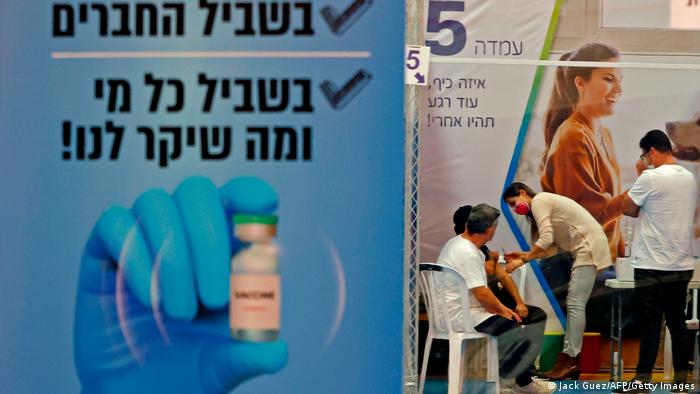 Though vaccination progress in many EU countries is slow because of supply bottlenecks at manufacturers, Israel currently has more available supply than national demand.

To date, Israel has administered the most COVID-19 vaccine doses per capita in the world. More than 3.67 million Israelis have received the first dose of the BioNTech-Pfizer mRNA vaccine since the vaccination campaign began on December 20. This represents about 40% of the country's population. More than 28% have already received the second dose. And among those over 60, more than 80%  have already been vaccinated. Meanwhile, anyone over the age of 16 can be vaccinated immediately.

Israel currently has so much supply from BioNTech-Pfizer that Moderna's vaccine is not even being administered yet, even though it has been licensed in Israel since January 5.

The Israeli vaccination campaign is already showing clear signs of success: The number of infections is falling significantly, especially among people older than 60, as preliminary analysis by the Weizmann Institute (preprint) shows. In this age group, there were 56% fewer infections, 42% fewer hospitalizations and 35% fewer COVID-19 deaths after the second dose.

Vaccines in exchange for valuable data

The fact that the nation of 9 million people was able to secure such large quantities of vaccine has to do with the special terms Israel negotiated in contracts with manufacturers. Unlike the EU, Israel did not keep these contracts under lock and key, but made the agreement with Pfizer  available on the internet.

According to the agreement, Israel pays significantly more than the EU for each vaccine dose of the BioNTech-Pfizer vaccine, reportedly about €23 ($28) per dose compared with the €12 paid by the EU.

In addition, the Israeli state retains product liability. The European Union, on the other hand, was very keen that BioNTech-Pfizer continue to be liable for the safety of the product. 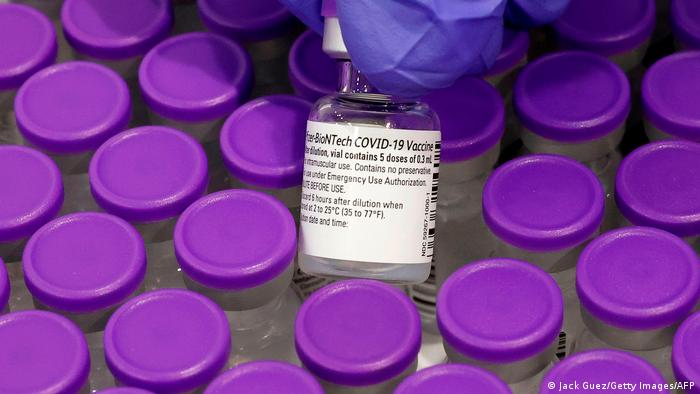 Most importantly, Israel's government agreed with vaccine manufacturers to provide weekly data from the vaccination campaign to them. This includes infection and vaccination numbers, as well as patient demographics such as age and gender. The data is sent to Pfizer anonymously, according to Israeli officials.

In return, the manufacturers committed to supplying Israel with vaccines until immunization of 95% of the population is achieved. 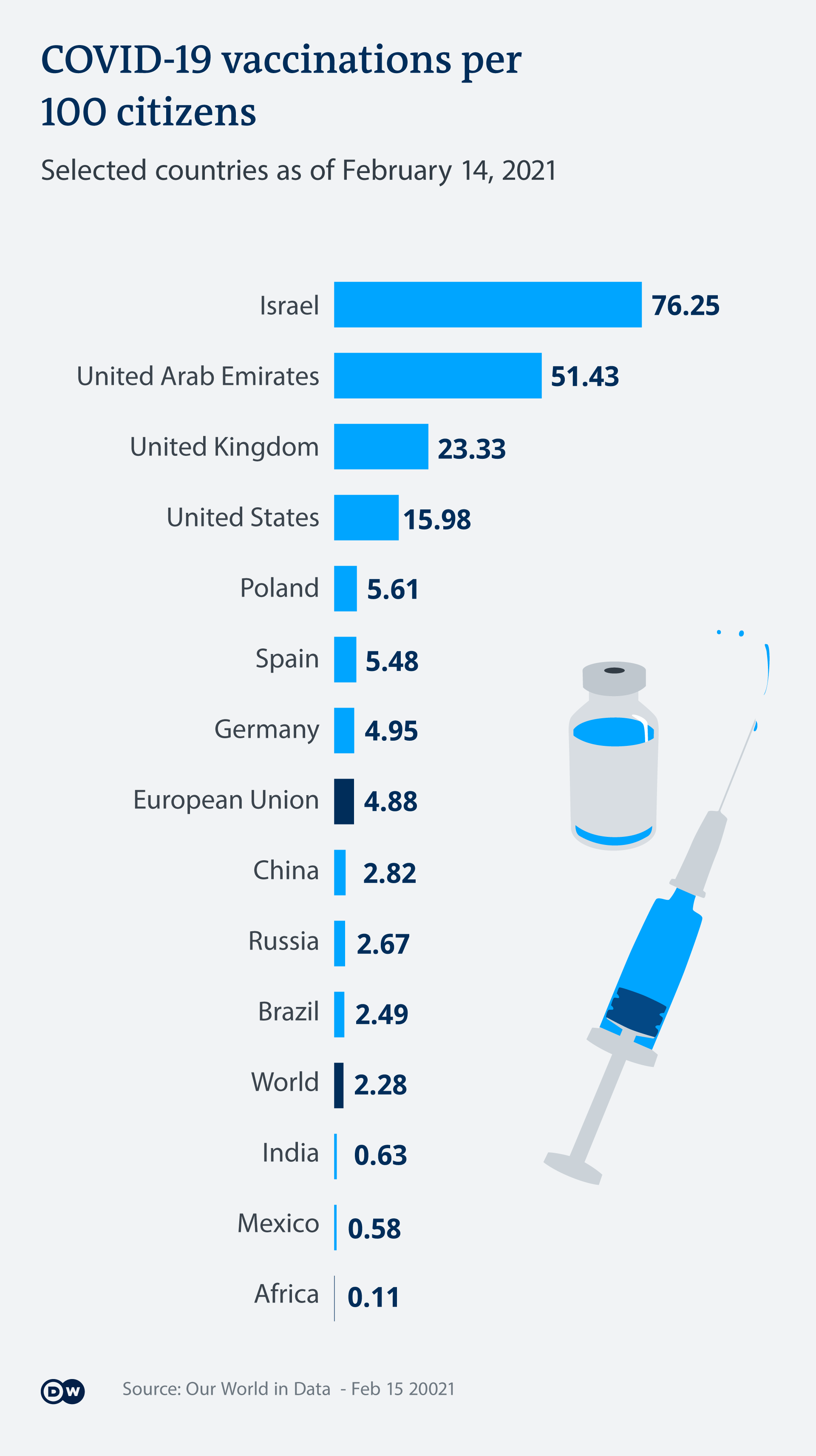 The latest findings on the vaccine's effectiveness also come from insurance data from Maccabi, one of the four public health insurance companies that insure Israelis. The data were published by the Times of Israel.

Data were collected one week after the second dose — i.e., at the time when the vaccination is presumed to have already developed its full protective effect.

Of the 523,000 people insured, only 544 contracted SARS-CoV-2 after the second dose. This corresponds to a proportion of 0.1%. Of the 544 infected, 15 required hospitalization. Of those patients, eight had only mild symptoms, three had moderate symptoms and only four suffered a severe course. Not a single person died as a result of COVID-19.

The health insurance company compared the data collected with 628,000 unvaccinated insured persons, 18,425 of whom became infected during the same period. From this, Maccabi calculates that the vaccine was 93% effective.

These figures offer hope, not only because they are in line with those published by BioNTech-Pfizer after phase 3 studies. They also shows that the vaccine appears to protect against a severe course of the disease and can minimize deaths.

"This data unequivocally proves that the vaccine is very effective, and we have no doubt that it has saved the lives of many Israelis," senior Maccabi official Miri Mizrahi Reuveni said.

The Maccabi data are only representative to a limited extent because demographics such as age and previous illnesses of the group studied have not been published yet. Data expected soon from Clalit, Israel's largest insurance company, may provide further insight.

In addition, data on the vaccine's effectiveness among younger populations, pregnant women and people with conditions such as diabetes and cancer should be available in the next two weeks.

Effective even with mutations?

The latest figures from Israel do not permit conclusions about how well the vaccines work under real-life conditions against the significantly more infectious new virus variants. Under laboratory conditions,  the BioNTech-Pfizer vaccine is effective against both the British variant B.1.1.7 and the South African mutation B.1.351, BioNTech reports. But these are just laboratory analyses. Robust real-world evidence is not yet available. 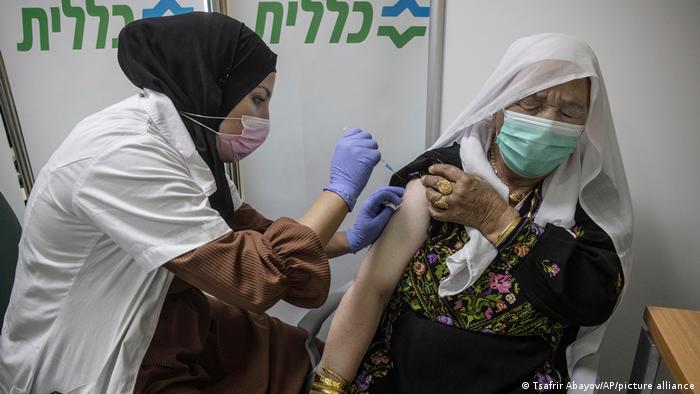 These data exist for other vaccines. AstraZeneca's, for example, did very poorly in a preliminary study in South Africa (preprint), because its efficacy against the variant that is rampant there fell to about 10%. Nevertheless, even then the AstraZeneca vaccine apparently still protects very effectively against severe courses of COVID-19 and death.

According to a new preliminary study (preprint), seven new variants have been identified across the United States, all of which have developed a mutation in the same genetic letter, said co-authorJeremy Kamil, a virologist at Louisiana State University Health Sciences Center Shreveport. It remains unclear whether the variants are more contagious.

In any case, vaccine manufacturers will most likely have to adapt their vaccines to new variants.

Though many countries have been slow with their vaccination campaigns, Israel has now, for the first time, lifted some of the restrictions that had been in place since late December. Citizens can now move freely around the country again. Day care centers and schools are open again. Even businesses and stores are opening again, with limits on customer traffic. 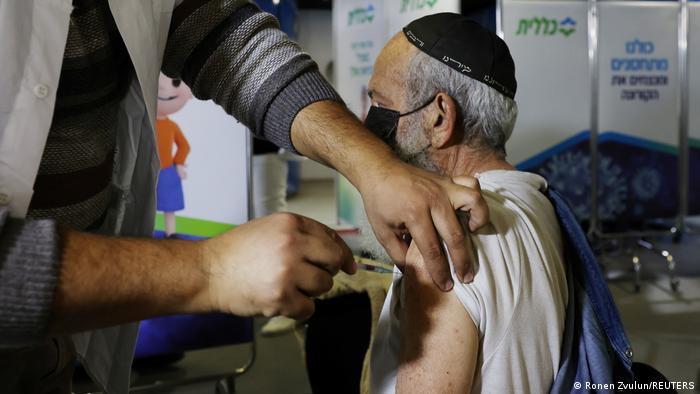 Yet the infection figures are still very high, even by international standards — they are nearly 400 per 100,000 over the past seven days. In Germany, they are currently around 60 per 100,000.

In principle, the infection figures in Israel could decline more rapidly if a recent study by the Technion, Israel Institute of Technology in Haifa, proves to be true. According to the institute's calculations, people who are vaccinated and still get infected would be less contagious.

There is a significantly lower willingness to be vaccinated among younger Israelis. For the first time in the entire pandemic, more people under the age of 60 were hospitalized in Israel than in the 60-plus age group.

"We are also seeing young people connected to an ECMO [heart and lung] machine — something we have not really seen before," Idit Matot, head of anesthesiology at Ichilov Hospital in Tel Aviv, told the news site ynetnews. "We are witnessing tragedies here."

To address vaccine hesitancy, the government is debating a corresponding bonus system or possible penalties.

"The coronavirus wards in all the hospitals are seeing older patients replaced by younger ones," Barenboim told ynetnews. "I say to the young population – the coronavirus wards are filled with people who have said 'it will never happen'. Go get vaccinated immediately."