Israelis and Palestinians battle on social media | World | Breaking news and perspectives from around the globe | DW | 18.07.2014

With the invasion of Gaza, the eyes of the world, and social media forums in particular, are closely watching the conflict and Israeli Prime Minister Benjamin Netanyahu. 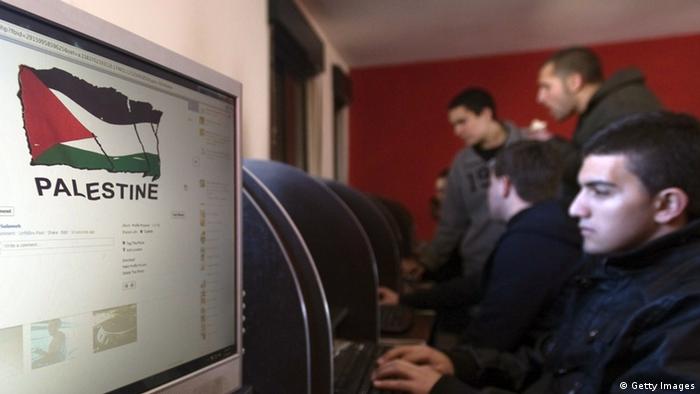 For nearly two weeks Facebook, Twitter and nearly every other form of social media has been inundated with a constant barrage of brutal images illustrating realities on the ground in Gaza. The grim photos of bloodshed are now so immediate that people have become emotionally involved even if they've never been to Israel, the West Bank, or the Gaza Strip.

Just this week, four Palestinian children were killed along the beachfront in central Gaza. Another three children were rushed onto the balcony of nearby al Deira hotel, where journalists tried to administer life-saving first aid to one of the young boys who had a shrapnel wound in the chest.

Incidents like these leave many in the wider public reeling in disgust at what looks like the indiscriminate targeting of children. Against this backdrop and the climbing toll of child deaths among the civilian casualties in Gaza, Israel has moved to counter the online propaganda war that, so far, the Palestinians seem to be winning.

Nestled in a quiet, leafy campus along the idyllic Mediterranean coastline is the nondescript computer lab at IDC Hertzliya. Inside this building, just north of Tel Aviv, is the command center for Israel's new media counter-offensive.

A group of 400 Israeli students on the campus are pushing back against the outpouring of sympathy for Palestinians killed or wounded in Gaza by using the hashtag IsraelUnderFire. They are attempting to garner support for a war they see as unavoidable, defensive and provoked only by rocket fire from Hamas militants. The base for this online counteroffensive is known as the "Hasbara Room," or explanation room.

The opposing Palestinian hashtag GazaUnderAttack lost credibility when images in some posts were later discovered by the BBC to contain images of older examples of violence in the Israeli-Palestinian conflict, or were from other parts of the Middle East such as Iraq or Syria.

The New York Times, however, also claims that tweeting images from the "Hasbara Room" have either been "misidentified, or even fabricated."

"One widely shared image posted by the #IsraelUnderFire tag apparently shows a Muslim protester holding placards that read 'Stop Hamas Terrorism on Israel' and 'Free Gaza From Hamas' but appears to have been created digitally manipulating a news photograph of a November 2012 protest in Sarajevo," the paper wrote.

Chenli Pinchevskey, a 22-year-old student of government and diplomacy, has plunged herself into the campaign, working full-time and managing all the volunteers and staff for the Hasbara Room, which is run with university funding and donations.

"Today the world is dominated by the media and what you see is what you know. We learned over the years that the world doesn't hear enough from Israel and doesn't know our side of the story, " she said.

"Every story has two sides and we have our own story to tell. We came across so many lies, hate speech and propaganda, that we felt we just had to do something," said Pinchevskey.

'Hamas is doing this to all of us'

She believes that what the group is doing is not propaganda: "I think what we're doing is telling our story, the way we feel it everyday. I am telling the world what it's like to live in Israel, what it's like to not be able to leave the house out of fear that a siren will go off."

When asked by DW if she felt sympathy for innocent Gazan people who had been killed or injured she replied: "I know that Gaza children are as afraid as my little brother and I want the world to know that Hamas is doing that to all of us, and it can and must be stopped," she said.

Student Union chairman Yarden Ben-Yousef and Lidon Bar David set up the Hasbara Room two years ago during Israel's last war with Gaza, when they were not called up for reserve duty in 2012 during Operation Pillar of Defense. They estimate that their message reached 21 million people around the world in 2012, and they've now set up the website Israelunderfire.com. 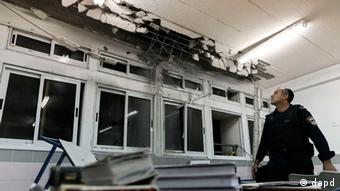 The group is now making a case for Israel's offensive in Gaza by posting video clips, images, advertisements, posters, comments, and memes on Facebook and Twitter.

On the website, blog posts are uploaded and written by a Hollywood screenwriter and a reservist in the Israel army. The videos argue for Israel's right to self-defense and liken militant rocket fire from Gaza to well-known terrorist attacks in the United States, such as on 9/11.

Ali Abunimah, founder of Electronic Intifada - the Palestinian equivalent of the Israeli sites - told "The New York Times" that he was surprised at how open the students are in identifying themselves as partisans working in concert with their government to justify the use of force in Gaza.

Israeli Prime Minister Benjamin Netanyahu has thown his support behind the people involved with Israel Under Fire, launching what he called a "diplomacy war room" of a similar nature to Hasbara - only this one is located in his office.

Masa Israel Journey is "a joint effort to raise awareness of the conflict between Israel and Hamas in the Gaza Strip and to explain to the world that Israel embarked on a defensive operation under the banner Israel Under Fire."

The government press office would not disclose how much government funding was going into the propaganda machine, but it is partially funded by the Jewish Agency for Israel.

Whether it's working or not is another question - regardless, Twitter feeds are full of tweets from the prime minister and the Israeli Defense Force.

Living in fear in Gaza

In his work, Raed Athamnah assists foreign journalists in gathering information about the Gaza Strip. But every time armed conflict breaks out between Israel and Hamas, he himself becomes a typical news story subject. (17.07.2014)

As Israel begins a ground offensive in the Gaza Strip, European Union politicians find themselves with little leverage over Israelis or Palestinians. Now some wonder if EU aid and trade should get it more influence. (17.07.2014)

An Israeli ground operation is ongoing in the Gaza Strip. The incursion follows ten days of Israeli airstrikes, aimed at ending Hamas rocket attacks, which killed hundreds of Palestinians. (18.07.2014)