Hamas has said that Israel must answer for the "criminal act." The Israel Defense Force has acknowledged the mistake. 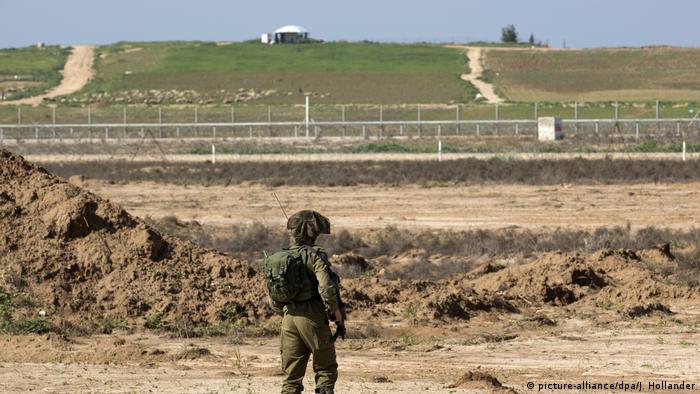 Israeli soldiers mistakenly shot dead a Hamas operative in the northern Gaza Strip on Thursday as the man tried to prevent Palestinians from approaching the Israel-Gaza border, the military has acknowledged.

"An initial inquiry suggests that a Hamas restraint operative arrived in the area of the security fence because of two Palestinians who were wandering in the area," the Israel Defense Force (IDF) said in a statement.

"In retrospect, it appears that the IDF troops who arrived at the location misidentified the Hamas restraint operative to be an armed terrorist and fired as a result of this misunderstanding," it said, pledging to launch an investigation.

Hamas, which controls Gaza, condemned what it called a "criminal act" on the part of the IDF.

Tensions between Hamas and Israel have been high ever since a flare-up of violence in May, the worst bout of unrest since the last major military flare-up in 2014. Although an uneasy peace was brokered by Qatar, Egypt, and the United Nations, Hamas has repeatedly accused Israel of failing to abide by its terms.

Israel has never publicly confirmed the truce deal, which Hamas said included a stipulation to ease the blockade of Gaza.

The violence in May killed at five Israelis, including an elderly woman who sustained injuries while trying to run to a shelter. Gaza health officials have said that 21 Palestinians died, most of them civilians.

Palestinians killed as protesters clash with IDF at unrest anniversary

Deadly clashes broke out in Gaza as tens of thousands of Palestinians marked a year of unrest in the region. Israeli military fired live rounds, according to eyewitnesses. (30.03.2019)

Israel reopened its crossings with the Palestinian territory after a decrease in tensions. Gaza Islamists had fired more than 600 rockets at Israel in one of the deadliest escalations in years. (12.05.2019)