Palestinian protests along the fence separating Israel and Gaza are in their 46th week. More than 250 Palestinians have been killed and some 6,000 injured by live Israeli fire during this period. 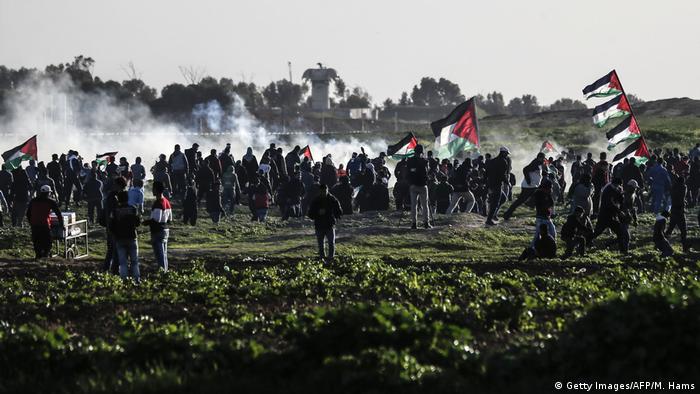 Israeli troops shot and killed two Palestinian teenagers during protests along the fence separating Israel and the Gaza Strip on Friday.

Hassan Shalabi, 14, was killed by Israeli sniper fire to the chest at one protest site in the Gaza Strip, and Hamza Ishtiwi, 18, received a fatal bullet wound in the neck at another demonstration, the Gaza Health Ministry said.

Another 17 protesters were wounded by live Israeli fire at five separate demonstration sites, it added.

The Israeli military did not comment on the teenagers' deaths, but said the barbed wire separation fence and "brave" soldiers prevented 8,000 "violent rioters" from infiltrating Israel to harm civilians.

A military spokesperson said the demonstrators hurled rocks at Israeli troops and that several explosive devices landed on the Gaza side of the fence. 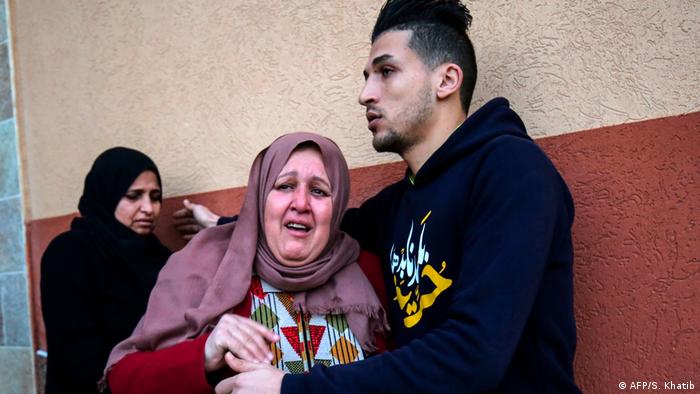 Gazans are protesting for Palestinians' right to return to their former lands in what is now Israel as well as the end to a crushing Israeli-Egyptian blockade on the enclave.

According to a United Nations report in January, since the mass demonstrations began on March 30 last year at least 250 Palestinians have been killed and more than 27,000 people injured. More than 6,000 of the injured were struck by Israeli army gunshots.

One Israeli soldier has been killed.

Israel has fought three wars against Hamas since the militant group took control of the enclave in 2007.

The clashes along the border separating Israel and Gaza have led to periodic bouts of fighting over the past year, including Israeli airstrikes on the enclave and Hamas rockets fired at Israel.

Around 2 million people live in the Gaza Strip, which the UN has warned faces a severe humanitarian crisis.

Israel and Palestinian factions in Gaza have held a ceasefire following the worst violence since the 2014 war. The situation remains precarious. (14.11.2018)