Israeli ′Rosa Parks′ causes storm by refusing to go to the back of the bus | World | Breaking news and perspectives from around the globe | DW | 16.01.2012

The simmering conflict between religious and secular Israelis threatened to overspill after Tanya Rosenblit stayed in her seat on a bus when Ultra-Orthodox Jewish men demanded that she move to the back. 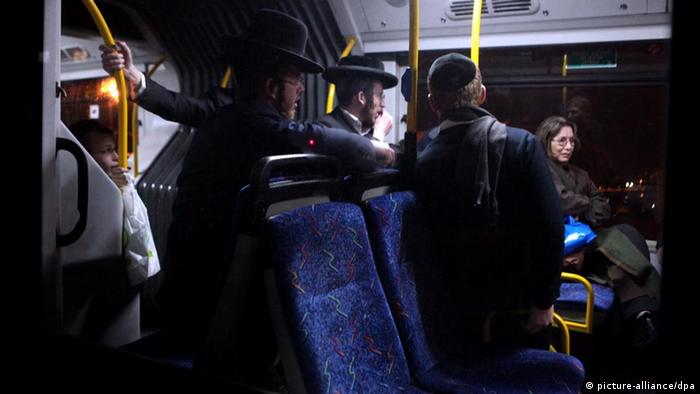 Tanya Rosenblit is a 28 year old TV producer, the daughter of Russian immigrants who lives in the coastal town of Ashdod. Last month, she caught a bus to Jerusalem where she had a medical appointment. She made an effort to dress modestly, as her doctor was in an ultra-Orthodox area of the city.

The ultra-Orthodox are a small group of extremely religious and theologically rigid Jews. They wear black, the men have long side curls, and every aspect of their lives is governed by the Old Testament.

Rosenblit was the first passenger to board. She sat in the front of the bus so the driver could tell her when she reached her stop. Ultra-Orthodox men who boarded after her were uncomfortable when they saw her. Then one insisted he would not travel unless she moved to the back of the bus.

"He started shouting, 'This is our bus they're not welcome here, if they want to come on, they have to respect us,'" said Tanya Rosenblit. "He said, 'Jewish men don't sit behind women!' And that was the statement that made me stay put."

In buses which go to ultra-Orthodox neighborhoods men and women sit separately, to satisfy their beliefs about modesty. It's an unwritten rule, but the Ultra-Orthodox are becoming aggressive about enforcing it, as Rosenblit discovered.

She said the man never spoke to her directly, shouting his complaints at the bus driver instead. He also refused to get on or off. The driver stopped the bus and called the police. The disgruntled passenger called for reinforcements. 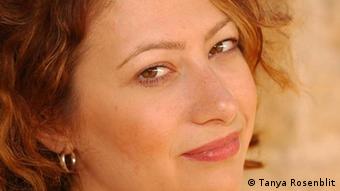 "And then he shouted, 'Jews, Jews, protest, protest!' and 20 men assembled outside the bus. They were all wearing black. And I was just sitting there frozen, not panicked, just as if I was watching a movie or a play - what's going on???" Rosenblit told Deutsche Welle.

A policeman arrived and spoke to the driver, to the complainant and finally to Tanya Rosenblit. He asked if she would be prepared to respect the Ultra-Orthodox man and move to the back of the bus. Once again, she refused.

"I said I thought I had respected them enough by how I'd dressed. I said I didn't think that humiliating myself would be respecting anybody. I'm not the kind of person to give into bullying," she explained.

Tanya Rosenblit won. The complainant agreed to step down, and the bus continued on its journey. But when she posted pictures of the incident on the Internet, all hell broke loose. She said she was surprised at the national and international reaction and how the issue climbed to the top of Israel's agenda. 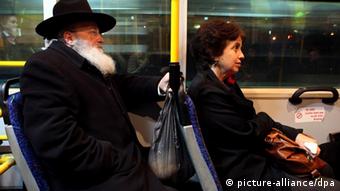 But her story didn't happen in isolation. In the same week, an eight year old girl was filmed by Israeli TV, terrified to walk to school in the town of Bet Shemesh near Jerusalem. Ultra-Orthodox men spat on her because they disapproved of her clothing. They also demanded that women walk separately on the opposite side of the road.

The two incidents together outraged the Israeli public. They followed months of reports of discrimination against women, following pressure from ultra-Orthodox communities. Women were not to sing or speak at Israeli army ceremonies; women were not to deliver a eulogy at a funeral; women were not to be seen on any bill board in Jerusalem.

There was no law to that effect, but every time a picture of a woman appeared on a billboard, ultra-Orthodox extremists would deface it or tear it down. Advertisers simply gave in and there are no pictures of women in Jerusalem any longer.

According to Tanya Rosendblit, this escalation was the work of extremists – and not the majority. She stressed that she was not 'anti' the ultra-Orthodox.

"I don't want it to sound like it's us and them. In the end normal people on both sides believe we have to coexist because it's one country, we cannot divide it," she told Deutsche Welle. "Well, we will divide it and give part to the Palestinians, but we can't give part to the ultra-Orthodox as well, it's absurd. We have to coexist. The question is how and I don't have the answer to that yet."

Lebanon's miniscule Jewish community is rebuilding its synagogue, which was destroyed during the civil war. Lebanese Jews continue to keep a low profile - and the construction site in Beirut is heavily guarded. (15.11.2011)

Synagogue rises from ruins in German town with Jewish tradition

Jews had lived in Speyer for 1,000 years, before being deported and murdered in the Holocaust. A former church has been converted into a new synagogue, which is making the community visible once again. (08.11.2011)

Human rights under threat in era of globalization

Human dignity is sacrosanct. But what if it is violated? What if world market conditions increase poverty? Michael Windfuhr says the gap between international law and practice is getting wider. (20.06.2011)