An Israeli MP accused an Arab celebrity of "seducing a Jewish soul" while the interior minister warned of assimilation. The racism from the Israeli right provoked a sharp rebuke from liberal circles. 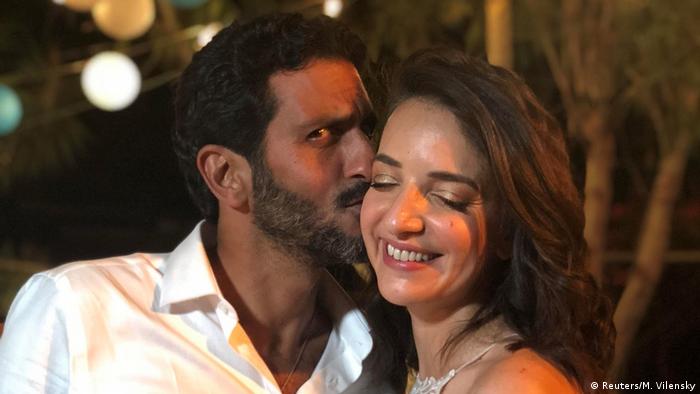 Israel's interior minister and a right-wing lawmaker on Thursday assailed the marriage of an Arab and Jewish celebrity couple, deeming the inter-religious wedding a threat to Jews and the state of Israel.

Aharish, 37, was born in southern Israel to Muslim parents and was the first Arab to anchor a Hebrew-language program on Israeli television.  Halevi plays the role of a secret agent in the Netflix show "Fauda."

"We are signing a peace accord," the couple was quoted as joking by the Israel Hayom newspaper.

The couple reportedly kept their four-year romance a secret for fear of sparking a backlash from Arab and Jewish hardliners.

Israeli Interior Minister Arye Deri, an ultra-Orthodox rabbi and a founder of the Shas party, said "pain of assimilation worldwide is consuming the Jewish people."

"It's their own private affair. But, as a Jew, I have to tell you that I'm against such things because we must preserve the Jewish people," Deri said in an interview on Israel's Army Radio. "(Their) children will grow up, go to school and later want to get married, and then they'll face difficult problems."

"If she [Aharish] desires Judaism, then there's the process of conversion," he said.

Israel at 70: A troubled anniversary?

In Judaism, only the children of a Jewish mother are considered Jewish. Only those who convert according to ultra-Orthodox rules are recognized as Jewish.

"I don't blame Lucy Aharish, who seduced a Jewish soul with the aim of harming our country and preventing another Jewish generation from continuing the Jewish dynasty," Hazan wrote in Hebrew. "On the contrary, she is invited to convert to Judaism."

"I do blame Tzachi 'the Islamicizing' Halevy, who took Fauda a step too far – Bro stop being delusional. Lucy, it's not personal, but you should know Tzachi is my brother and the Jewish people are my people, stop the assimilation!" he tweeted. 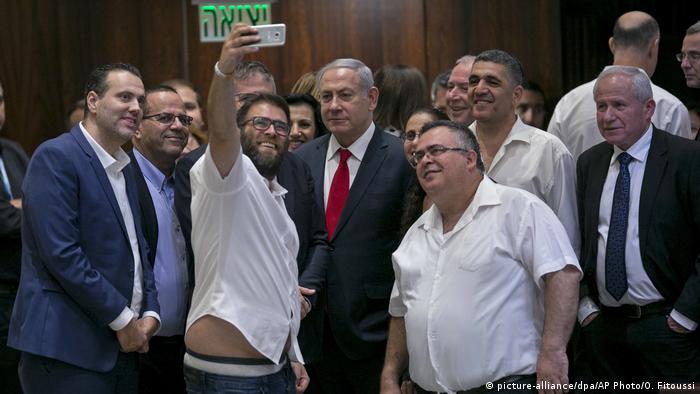 After coming under criticism, Hazan defended his remarks, according to Haaretz newspaper.

"Your reactions, which try to turn assimilation into the right and heroic thing to do, explain what Prime Minister Netanyahu and Zionist Union chairman [Avi] Gabbay when they said: 'The left has forgotten what it means to be Jewish.'"

Netanyahu repeatedly rails against what he says are leftist plots against Israel, going so far as the employ anti-Semitic tropes about American Jewish billionaire investor George Soros undermining Israel through his funding of liberal causes.

However, the statements from the Israeli right-wing provoked a backlash from liberal political and media circles, many of whom welcomed the Arab-Jewish wedding.

"Lucy Aharish understands better what it means to be Jewish than he who sends a nauseating, racist Twitter message," wrote Stav Shafir, another Labor legislator.

In a column in Haaretz, Yossi Verter slammed extremists in the Likud and Netanyahu's repeated failure to condemn racism.

"Substitute the word ‘German' for ‘Jewish' here and you've got the Nazi racial doctrine," Verter wrote referring to Hazan's tweet. "Talk of racial purity, prevention of ‘assimilation,' seduction of the male and hostile exploitation of his fine, pure seed for nationalist purposes. In the name of such an ideology, six million Jews were murdered in Europe."

Some 20 percent of Israeli citizens are Arab Muslims, who complain often complain of discrimination. The Israeli-Palestinian conflict has often fed tensions between the two communities.

According to the latest national marriage data from 2015, only 23 of nearly 58,000 weddings were between Arabs and Jews.

Ethiopian Jews have taken to the streets many times, demanding equality before the law in Israel. In 2015 protests took place against discrimination. But do the activists think anything has changed between now and then? (29.09.2018)

Israeli Arab lawmaker Zouheir Bahloul's resignation from the Knesset is the latest fallout from the nation-state law. Critics in Israel and abroad have called the law racist and a threat to democracy. (29.07.2018)