An elite Israeli unit has carried out an attack in the Gaza Strip, killing a senior Hamas military commander. The raid left one Israeli soldier dead and threatens to escalate conflict between the two sides. 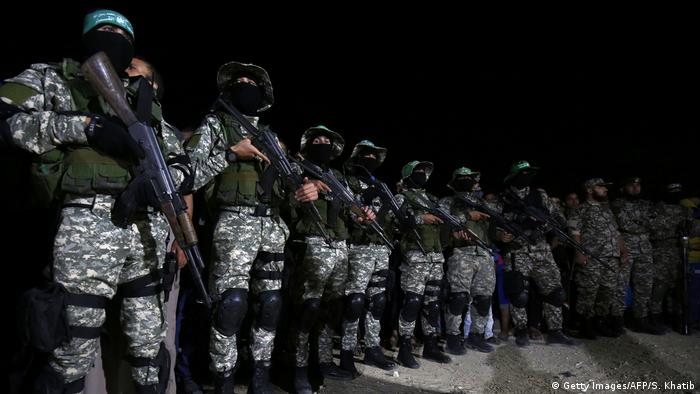 Israeli forces and Palestinian militants exchanged fire on Sunday in an Israeli operation in the Gaza Strip, leaving six Hamas militants and one Israeli soldier dead.

The burst of violence threatens to further escalate conflict between Israel and Hamas amid recent efforts by both sides to try to tone down weeks of tensions.

Hamas said that an Israeli commando unit entered three kilometers (2 miles) into the strip near Khan Yunis in a civilian vehicle and shot dead Nour Baraka, the deputy commander of Hamas’ military wing, the Qassam Brigade.

In a statement, it said Hamas militants fought back and repelled Israeli forces, prompting Israel to carry out multiple airstrikes after the "assassination" of Baraka.

The Israel Defense Forces said in a statement that "during (Israeli military) operational activity in the Gaza Strip, an exchange of fire evolved."

"During IDF special forces’ operational activity in Gaza, an exchange of fire broke out, during which an IDF officer was killed and an additional IDF officer was moderately injured," the army said.

Sirens went off across southern Israel, indicating there were rocket and missile attacks. Israel's Iron Dome system shot down at least two rockets, the military said. Palestinian security forces stand at a hospital morgue in the Gaza Strip where five of the six bodies of men killed in an Israeli operation where transported.

Prime Minister Benjamin Netanyahu, who was in Paris to commemorate the end of the First World War, cut short his trip to fly back to Israel. Earlier, Netanyahu said that he was striving to reach a long-term ceasefire with Hamas rather than a new war.

Sunday's clashes threaten to upend weeks of UN and Egyptian-led diplomacy to reach a long-term ceasefire between Israel and Hamas.

"This is happening at a delicate juncture in Hamas-Israeli relations," said Hugh Lovatt, a regional expert at the European Council on Foreign Relations. "The two sides are attempting to come to a longer term arrangement that can preserve calm in exchange for an easing of socio-economic conditions within Gaza."

Netanyahu has come under criticism from members of his right-wing government for his decision to allow Qatar to provide money to the Hamas-run Gaza Strip to pay for salaries and fuel to ease an electricity crisis.

Last week, Qatar delivered $15 million (€13.2 million) of cash in suitcases to the Gaza Strip. The payment was part of $90 million that Qatar has pledged to deliver to cover the salaries of thousands of employees in the Gaza Strip in the next six months.

The immediate impact of the Qatar payment was for Hamas to ease border protests on Friday. Since March 30, thousands of Palestinians in the Gaza Strip have gathered at weekly protests along the Israeli border to demand a lifting of an Israeli-Egyptian blockade.

More than 200 Palestinians have been killed and thousands injured by Israeli forces during the Gaza protests in the past seven months, according to the enclave's health ministry. One Israeli soldier has been killed.

Israel and Hamas have fought three wars since 2008, but both sides have shown that they want to avoid another full scale conflict.

While Netanyahu has sought to avoid a large-scale military offensive in Gaza, the comments from his rival ministers signal that he is under pressure domestically for being soft on Hamas.

"Israeli political dynamics may have played a part in tonight’s operation," said Lovatt of the European Council on Foreign Relations.

"If this is seen within Israel to be have been a fiasco, this will cause the cabinet, and Prime Minister Netanyahu, a real political headache in the run up to Israeli elections, likely in early 2019, and perhaps provoke further Israeli military action," Lovatt said.

Only minorities of Israeli Jews and Palestinians support a two-state solution, according to a new survey. Among Israeli Arabs, support remains stable and very high. (13.08.2018)

Palestinians to get 10 tons of mail — eight years late

Cogat, Israel's defense agency responsible for Palestinian civilian affairs, has not explained why the mail was held up. Palestinian workers are now sorting through the mountains of mail, preparing it for delivery. (19.08.2018)