Israeli judo and the ongoing fight against sporting boycotts 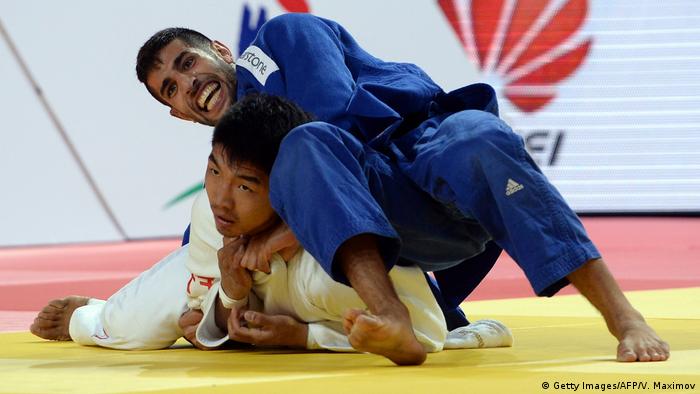 Israelis are familiar with the scenario: one of their athletes reaches the latter stages of an international competition and is on course to face an opponent whose country does not have diplomatic relations with Israel.

In some cases, the opponent simply fails to show up, handing the Israeli an automatic win. In others, they lose on purpose or feign injury to avoid competing against someone from the Jewish state.

When they do show up, many avoid shaking hands afterwards.

From tennis to snooker

Most such incidents involve sportspeople from the Islamic Republic of Iran, but there are others from Saudi Arabia, Lebanon, Algeria, and Tunisia. Some of these countries have not recognized Israel since the Jewish state was founded in 1948. In the case of Iran, the country's leaders have openly called for its destruction.

The list of sports in which Israeli competitors have received such treatment ranges from snooker to tennis, wrestling to fencing; even the Israeli Paralympic five-a-side football team was once boycotted by their Iranian counterparts. However, the sport that makes most of the headlines in this regard, both in Israel and internationally, is judo.

Like Iran, Israel is a judo powerhouse. Of the country's nine Olympic medals, five have come in judo. Israel's first-ever Olympic medal was won by female judoka Yael Arad in the 1992 Barcelona Olympic Games. Yarden Jerbi, another Olympic medalist, also won the World Championships in the under-63-kilograms category in 2013.

Empathy with your rivals

Yoel Razvozov, 39, was one of Israel's top judokas for more than a decade, winning silver medals at the 2004 and 2005 European championships and competing in the 2004 Olympic Games in Athens. Razvozov said he never blamed his would-be competitors when they avoided competing against him due to his nationality.

"I mostly felt sorry for my opponents," Razvozov told DW. "Just like me, they wanted to compete and win medals. I could see their tears and frustration. Their hands were forced by their country." 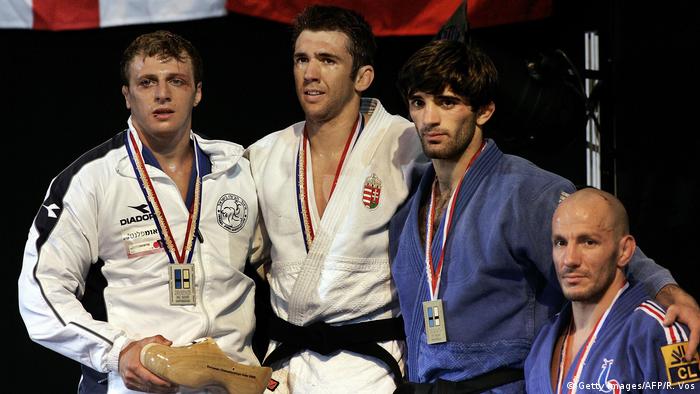 He also noted that having to deal with matters beyond the judo mat hampered performances. "As an elite athlete, you need all the focus in the world," he said. "Once you have to deal with politics and media interest, your consistency in the tournament and your performance often suffers."

After his career was over, Razvozov successfully ran for Israel's parliament, the Knesset. As a parliamentarian, he established a task force to deal with boycotts against Israeli athletes, which includes high-profile American lawyer and academic Alan Dershowitz.

Among the tactics used by the task force when an Israeli athlete is subjected to a boycott is lodging formal complaints with tournament sponsors.

"This threat works. If they humiliate an Israeli athlete, and in my mind not playing our national anthem is humiliation, they need to know we'll take action," Razvozov said.

However, it's not just politicians actively fighting against boycotts of Israel athletes in sporting competition. Also involved is former judoka Moshe Ponte, 63, who has been chairman of the Israeli Judo Association for the past eight years.

"We always tell the International Judo Federation (IJF) that this is not sportsmanlike behavior," Ponte told DW, adding that such boycotts are "an embarrassment" to international judo. However, he also recognizes that change won't come quickly. "These things are always a process, step by step," he said.

A significant step came in 2018, when the IJF suspended the Grand Slam that was to be hosted in Abu Dhabi. In the previous year's event, Israeli athletes were not allowed to compete under their national flag or have their anthem played. The local organizers confirmed that this would not be the case in 2018 and the Israeli national anthem was played for the first time in the United Arab Emirates after Sagi Muki had won the gold medal in the under-81-kilograms category.

At that event, Iranian judoka Saeid Mollaei, who was favorite to make the final, where he would have faced Muki, gave up less than a minute into his semifinal, saying he had been injured, a move many Israeli media outlets described as "staged."

Another high-profile case involving Muki and Mollaei came a year later, when they were both favorites to reach the final in their weight class at the World Championships in Tokyo. This time, Mollaei deliberately lost in his semifinal to avoid facing Muki, who went on to win the gold medal.

After that, Mollaei chose not to return to Iran but traveled to Germany, where he was granted asylum a few weeks later. Muki and Mollaei later met in China, with the Iranian describing the Israeli as "my best friend." Israeli Judo Association Chairman Ponte has described Mollaei as a "hero" for taking this stand.

Decisive action needed ahead of Olympics

Ponte has also called for decisive action ahead of the 2021 Tokyo Olympics. "They need to know that if they choose not to compete against us, they will have a problem," he said. Razvozov agrees.

"Sports should be free of politics," he said. "If a country imposes such sanctions against Israeli athletes, they need to face the consequences."

Not surprisingly, the Israeli Olympic Committee (Olympic IL) also opposes boycotts and is against mixing politics and sports.

"We are very critical of countries attempting to push Israeli athletes out of certain competitions," Lustig added. "Thankfully, the International Olympic Committee headed by Dr. Thomas Bach is showing zero tolerance towards such attempts."

'May the best judoka win'

Lustig and Ponte agree that for Israeli athletes, boycotting your opponent will never be an option, no matter where they're from.

"Be it in Arab countries, in countries that consider themselves our enemies or wherever else. We'll happily go everywhere," Ponte said.

"If they don't want to shake our hands, that's their choice. But the most basic thing is to show up and try your best. And may the best judoka win."

Kimia Alizadeh and Co.: Why Iranian athletes are turning their backs on Tehran

Olympic bronze medalist Kimia Alizadeh is just the latest in a growing list of athletes who no longer compete for Iran. Each of them grew tired of being both used and pressurized by the regime. (23.01.2020)

Gladbach in Israel: How a football match changed Israeli-German relations

Half a century ago, Borussia Mönchengladbach played Israel in Tel Aviv, a game which helped promote relations between the Jewish state and Germany. For DW’s Felix Tamsut, an Israeli, this game is of personal importance. (25.02.2020)

Japan is the birthplace of judo. But the martial art, which is also an Olympic sport, is facing a crisis. A win-at-all-costs mentality is harming its youngest learners. Deaths among children and bullying from coaches have been reported.