Saeid Mollaei has said he threw a World Championship semifinal fight because Iranian authorities ordered him to avoid a possible gold-medal bout against an Israeli opponent. He spoke to DW about his predicament. 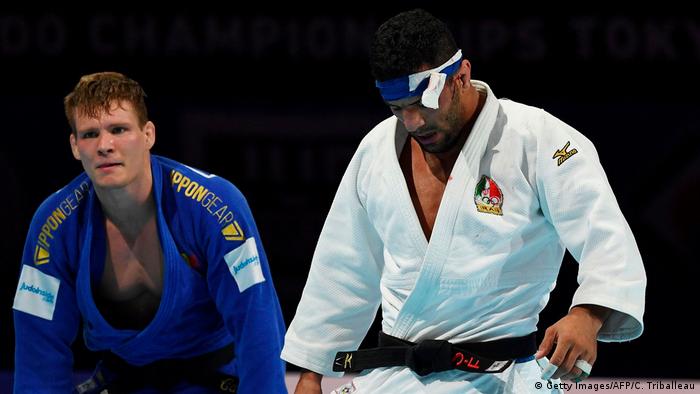 DW: Saeid Mollaei, just last week you competed in the World Championships in Tokyo. You were the defending champion in the 81- kilogram weight class, but you were forced, as you put it, to deliberately lose in the semifinal so as not to come up against an Israeli opponent in the final. Now you are in Germany. How do you feel about your decision?

Saeid Mollaei: After having become the world champion in Baku in 2018, I was No. 1 in the world rankings for an entire year, and I felt that I could do it again this year. We had a few problems before we departed and even on the day of my competition. I had to get permission before every fight. The orders came from Iran and went to the coach of the team. I had to comply with the orders. Not only I, but the whole world knows what sort of consequences there would have been had I refused. So I complied with the law to avoid any problems for myself or my family. Everyone saw how I performed, to make sure that it was 100-percent certain that I would lose – and there is film footage to back this up. I put on a show; I just wanted the fight to end. 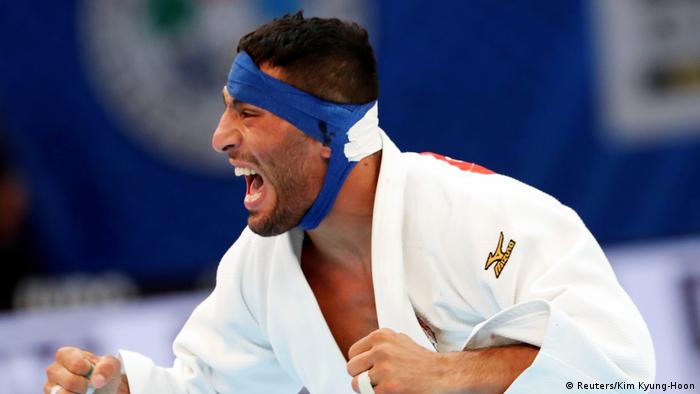 You speak of this rule in Iran that prohibits the country's athletes from competing against Israelis. However, there is no written law against this …

It is not a written law but it has existed for many years and it has been applied by high-ranking officials. Nobody can change this law. I also lost bouts at the Grand Slam in Abu Dhabi [Mollaei finished fifth in the October 2018 tournament, Sagu Muki of Israel finished first] and didn’t turn up for the bronze medal bout to avoid standing on the podium beside an Israeli. It was similar at the Masters in China and at the Grand Slam in Paris, where I won the bronze medal. There I had to put on a bit of a show, grabbing my foot as if I was injured – and I was taken to hospital. I did so to avoid the Israeli during the medal ceremony.

What would the consequences be for you or your family if you failed to comply with this law?

The consequences may not be clear to the functionaries outside of the Iranian system. However, if an athlete fails to comply with these orders, he and his family are 100-percent sure to get into trouble. Even now, I don’t know what my family’s situation is. I was at a crossroads – whether or not to take part in the competition. I was consumed by fear. But after the World Championships I told the world that I just want to be courageous and live freely. I don’t care whether I am facing a judoka from Israel or any other country. All that counts for me is friendship and the Olympic Charter.

Editor's note: Fundamental Principle 4 of the Olympic Charter states: "Every individual must have the possibility of practicing sport, without discrimination of any kind and in the Olympic spirit, which requires mutual understanding with a spirit of friendship, solidarity and fair play."

I certainly can’t go back to Iran after all of the lies about me that were spread by the Iranian media and functionaries. This is why I came to Germany after the World Championships, to recover and to gain perspective on what has happened. 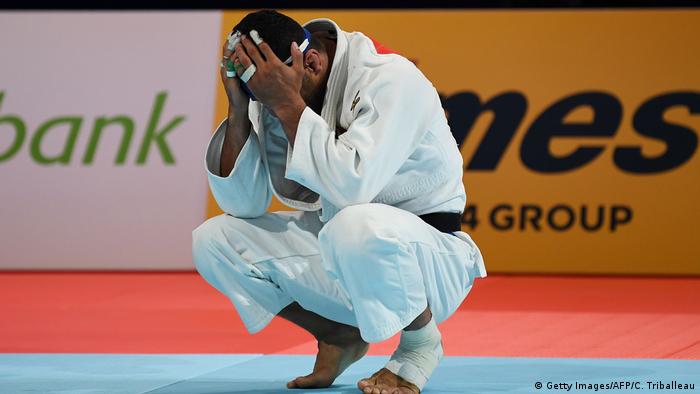 Distraught – Saeid Mollaei during his semifnal against Matthias Casse of Belgium

How does it feel for a competitive athlete like yourself to have to deliberately lose a bout – despite being within touching distance of your goal?

I could have won my third World Championship medal [after bronze in 2017 and gold in 2018]. This is a burden that is hard for me to bear. I will never forget the World Championships in Tokyo as long as I live. All of the discussions I had afterwards made it clear to me that I had to start a new life.

Has the International Judo Federation (IJF) been supporting you in this matter?

In my discussions with the IJF I was given a 100-percent guarantee that I will be able to compete at the Olympic Games, whether it be under the Olympic flag or for another country. When I came to Germany the Iranian media and the head coach lied when they claimed that I had applied for asylum in Germany. I have a two-year visa for Germany and would like to gain perspective here while I await the decisions of the IJF and IOC (International Olympic Committee).

A few days ago a young Iranian woman set herself on fire in front of a courthouse after being handed a prison sentence for trying to enter a soccer stadium. She later died of her injuries. What do you make of this?

I heard about this through the media and it made me very sad. I asked myself why such things only happen in my country. Aren’t we human beings? Aren’t women human beings? Why do women in our country have so many problems? Why is there no freedom? I think that all of these people who forbid from people enjoying their lives will have to answer for it, before God or before their own conscience.

I would like to ask the world to help us. A lot of our athletes are forced to deal with these matters – and their suffering is growing by the day. Many athletes have left their country and left their personal lives there behind to pursue their dreams. It’s very difficult. All that remains is sadness and melancholy.

The Israeli judoka Sagi Muki, who won gold in your weight class at the 2019 World Championships, has said that he hopes to face you at the Tokyo Olympics in 2020. Do you think this is a possibility?

I am friends with Sagi Muki, as I am with all other athletes. He supports me and I thank him for this. I hope that we can one day extend our friendship to the tatami mat. It doesn’t matter who wins, what matters is friendship. 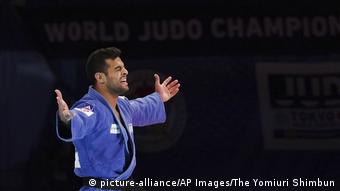 Are you still worried about your family? Are you worried that something could happen so them if you return to Iran?

Under this [political] system I will probably never return to Iran. Following the World Championships I set a goal of winning the title at the Olympic Games. This may be very difficult, but this is my dream. I will do everything in my power to bring my family the joy of an Olympic medal. It is very difficult for me not to be able to see my parents and my friends, but I just have to deal with it.

Saeid Mollaei, 27, won the gold medal in the 81-kilogram weight class at the 2018 World Championships in Baku. This was the first time that an Iranian judoka had won a World Championship title in 15 years. In Tokyo in August, he was well on his way to defending his title, but when it became clear that he was on track to face Israel’s Sagi Muki in the final, high-ranking Iranian sports officials instructed him to withdraw. Mollaei fought on but lost his semifinal and the bronze-medal bout. Instead of returning to Iran following the World Championships he traveled to Germany, for which he holds a two-year visa.

The interview was conducted by Farid Ashrafian and Chuck Penfold