Israeli businesswoman dreams of return to Gaza | Middle East| News and analysis of events in the Arab world | DW | 30.04.2014

The Israeli-Palestinian conflict nearly ruined Sophia Trotoush-Argaman's business. But she and her former Gazan factory manager keep battling on and putting their hopes in the future. 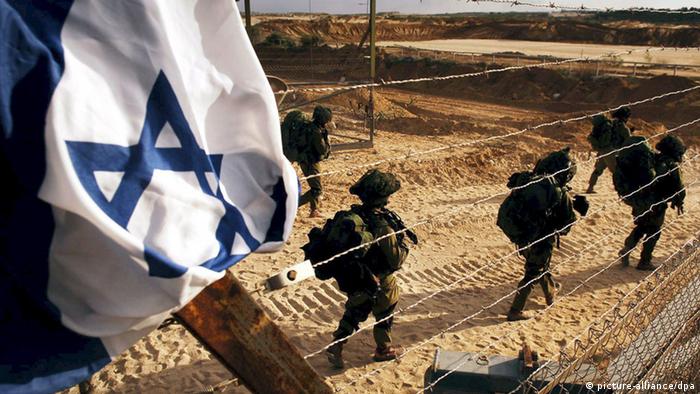 It's been almost a decade since Sophia Trotoush-Argaman was forced to abandon her Gaza handbag factory, but still the city remains on her label. The former fashion photographer and journalist started her company as a hobby while at home with a newborn. Now she sells thousands of the bespoke bags every year.

Despite thousands of happy customers, a thriving factory in the Israeli-occupied West Bank city of Nablus and a workshop in Tel Aviv, Trotoush-Argaman, is still hurting from the closure of her only factory in Gaza. That's partly why nearly every one of her fabric bags mentions the city on its label. Not only is it good for business, she says, but leaving the label also makes a political statement.

Slipping between English and her native Hebrew, she jokes that she was the last person born in "a better Israel," on December 31, 1967, "the same year as the occupation began."

She had a very good relationship with Gazans and her former factory manager there, Moussa Mattr, she says.

That is, until the five-year long Second Intifada began in 2000. 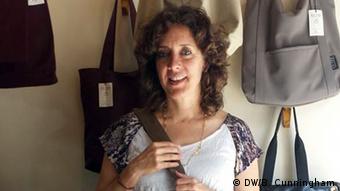 Trotoush-Argaman would return to Gaza in a moment, if she could

"It was terrible. Suddenly, it was not happy days - there was no money. People weren't buying, and I couldn't work with the regular factory I worked with in Gaza.

She remembers the day well when she was forced to withdraw from the Strip. It was June 25, 2006. News of exactly what had happened was slow to hit the headlines. After about four hours, it became clear - a soldier had been captured in Gaza and the borders had been closed.

That soldier was Gilad Shalit, who was famously captured by Hamas militants and held captive for five years.

Trotoush-Argaman had been planning to take delivery of about 500 handbags when Mattr called her.

The pair was left wondering what to do next.

"The bags were at the border, held by customs for six months. We finally got the delivery on a very rainy day. They were all summer bags, light color,s and here it was so rainy, and I was crying," she says. "That was the last time I got to work with Gaza. They don't let me, inside or outside."

But given the chance, she'd jump at returning.

"Of course I'd go back to Gaza, if I could. First of all, Moussa was an artist for detail. Nobody has the same eye. Also we love him a lot, he's a great person and he's a very good friend. I like to work with Gazan people," she says.

Plans are underway to set up a unity government in Gaza within the coming weeks and hold elections in six months' time - all in aid of one Palestine. The economy is in poor shape, and the textiles industry is one of the worst affected sectors. Only 3,000 workers remain in the industry. Before 2007, 35,000 were employed.

Then up to 150 people of them worked in Moussa Mattr's factory, which served seven different companies. But virtually overnight half a million dollars were wiped from his firm, he says. As of February this year, he has another failed clothing company under his belt.

"The economic situation now and prior to 2007 is very different. And I'm not just talking about Gaza, it's also in Israel," he says. "Many companies I've owned have closed and stopped working because of the economic situation, and others started to import their materials from abroad, not from Gaza. 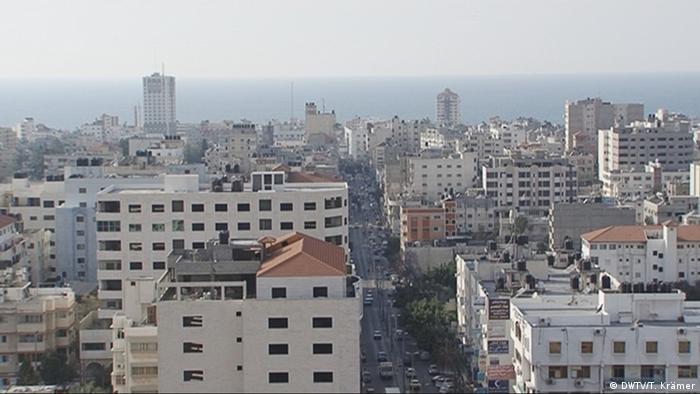 Mattr says last week's reconciliation deal between Fatah and Hamas is only the beginning. He says there's a long path to economic recovery.

"What we're asking for is hope to return workers to their jobs and just get on with our business. But with the restrictions and without a peace solution, with all the restrictions on the crossing into the Strip, the situation is just getting worse," he says.

"The people themselves, the Gazan people, the West Bank people, they pay the cost of this conflict," he adds.

The conflict and the tension between Israelis and Palestinians are part of the reason Trotoush-Argaman wants to get involved in politics. She's already a member of Israel's Labor Party and ran in last year's local elections in Tel Aviv.

"I have statements I really need to say. Because I'm very, very miserable from the state of Israel and the situation we're in," she says. "I'm really afraid for the future."

She says there was a time, before the Second Intifada when relations between Israel and Gaza were good, and she wants a return to those days.

The Rajabi house in Hebron, the largest Palestinian city in the West Bank, has a deeply spiritual meaning for the Jewish community. But a recent move by Jewish settlers has reignited tensions with Palestinian neighbors. (18.04.2014)

Abdullah Abu Rahmah was at a protest in 2009 against an Israeli-built concrete wall in the West Bank when his cousin, Bassem, 30, was hit in the chest with a tear gas canister allegedly fired by Israeli soldiers. (07.03.2014)